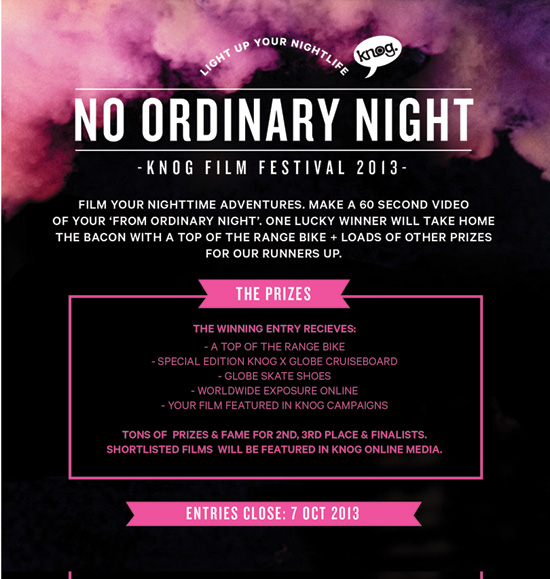 Lighting up your nights, Knog are hosting a Film Festival with a competition for short films with the theme No Ordinary Night. Film a short video showing your far from ordinary night, shock, scare, amuse and entertain! There are only a couple of requirements, it must be shot at night and it must be more than a little splendid. Ok, there are a couple more, you can find all the details here.

One lucky Grand Prize winner will receive a top of the line bike and tons of other prizes for two finalists and runner ups. The winning films will also be selected and featured in future Knog capmaigns.

All entrants will be invited to the awards night party at the Baron Said, Melbourne on the 12th October 7pm – 11pm. 10 selected films will be screened on the night and winners announced from 7pm.