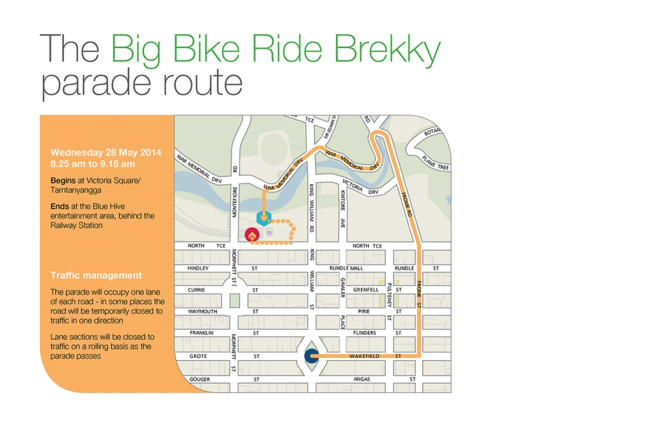 Day 2 of Velo-city Global in Adelaide dawned slightly overcast and very early with delegates invited to meet the locals at the Big Bike Ride Brekky from 7am, as part of the Velo-fringe Festival. The streets of central Adelaide were filled with cyclists as locals and delegates alike made their way from their respective homes and hotels, to meet at Victoria Square/Tarntanyangga. There was never any doubt about which way to go, just follow the stream of white delegate bikes ahead of you.

Locals went all out to make delegates welcome, many had put on their glad-rags for the occasion with a contingent of Tweed riders as well as others who had donned their best sequins and tulle. Breakfast and coffee were served as ABC TV and radio personality Adam Spencer kept everyone entertained.

The Dutch delegation wore their best helmets while Mikael Colville-Andersen avoided ruffling feathers, and his hair, arriving in one of the beautiful Treecycles tricycles making their first appearance in Australia at the conference.

From 8:30 everyone set off in what must have been Adelaide’s longest ever bike parade, winding their way through city streets to the Torrens Riverbank and back to the Adelaide Convention Centre. The delegates white bikes were joined by roadies, cargo bikes  filled with kids, some in school uniform, folding bikes, vintage, bamboo bikes, tandems, dragsters and everything in between. 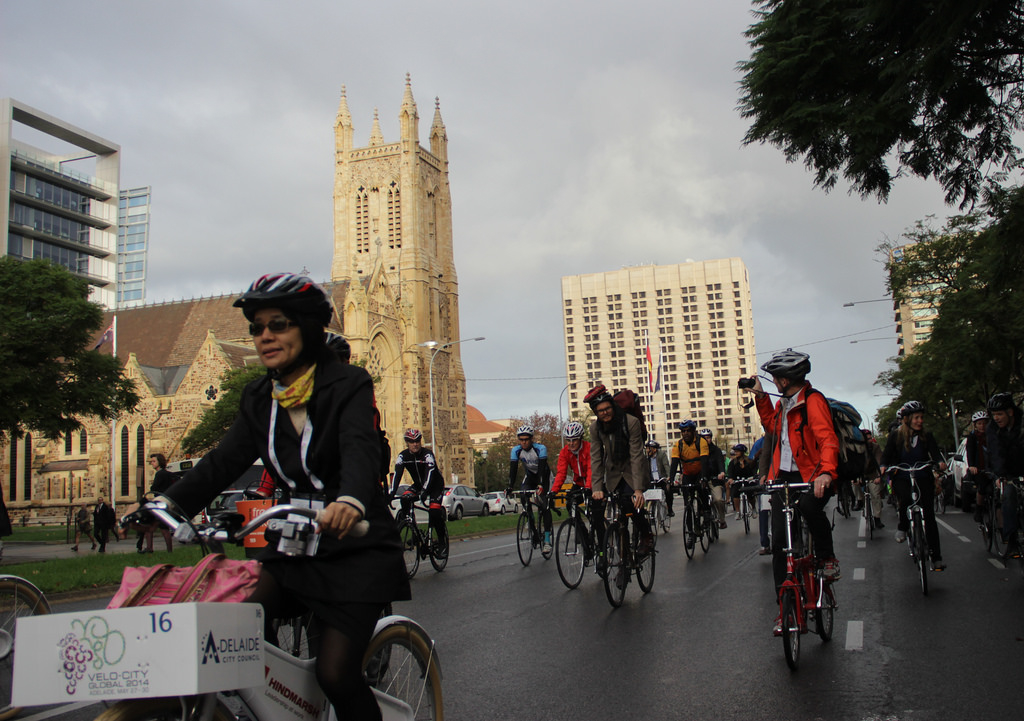 Back at the Adelaide Convention Centre, sessions resumed examining the issues around making busy bike paths a regular occurrence in cities around the world. Keynote speaker Niels Hoe from Denmark focussed on the economic benefits of encouraging people who arrive by bicycle rather than by car. With research in Melbourne confirming that cyclists spend more over the week this was certainly something locals could identify with. Hoe also echoed Janette Sadik-Khan’s experience in New York City; low cost, temporary and smaller implementations of infrastructure are easier to get past nervous politicians and other reluctant stakeholders.