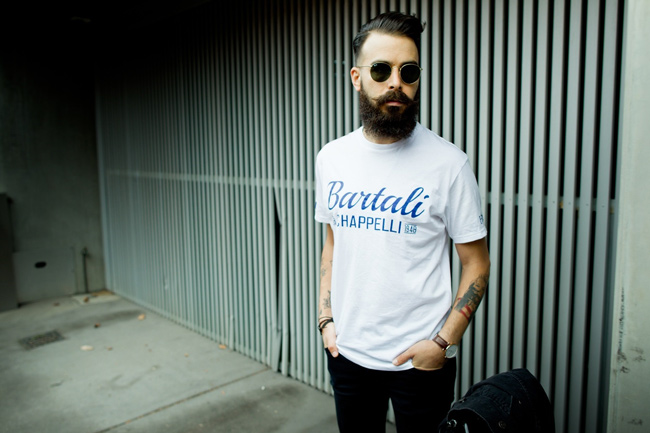 Born & raised in the era of Le tour’s golden days Chappelli & Henri share an undying love for bikes and design seamlessly fusing their skills and refined vintage aesthetic to make urban riders look sleeker on the streets. A range collectively designed by the Chappelli boys & Henri team to remember the rise & demise of the most beloved Italian hero’s, Bottecchia, Bartali & Coppi; each design pays tribute to the signature jerseys worn as they rode their way to le Tour history.

The first of these designs is dedicated to Ottavio Bottecchia, a man who lived a tragic yet passionate life dedicated to cycling. The first ever Italian rider to win le tour consecutively in 1924 & 5, the unpleasant hand of destiny fell on his shoulders from day one, and his death remains a mystery to this day. All that is certain is that he died doing what he loved best – cycling.

Twenty three years later in 1948, came Italian rider Gino Bartali a personal favorite of Henri Desgrange, (the inspiration for the Henri 1865 label) who was quoted saying “we’ll see each other again next year and you’ll win” Bartali did exactly that.  Bartali was adored by all “there was a constant roar of shouts when he was around, he was not only a cyclist but a sports hero”.

The third design pays homage to the infamous Italian rider, Fausto Coppi. 1949 brought about the victory of the rider who came to be known as “Campionissimo” or “Champion of Champions”. The most controversial of the riders, Coppi was beset by scandal,  from his love affairs with drugs & women, and which eventually lead to the demise of his cycling career.

The Celebration Series by Henri 1865 and Chappelli is available only online at henri1865.com, Chappelli.com.au and in Chappelli’s Melbourne & Sydney stores.