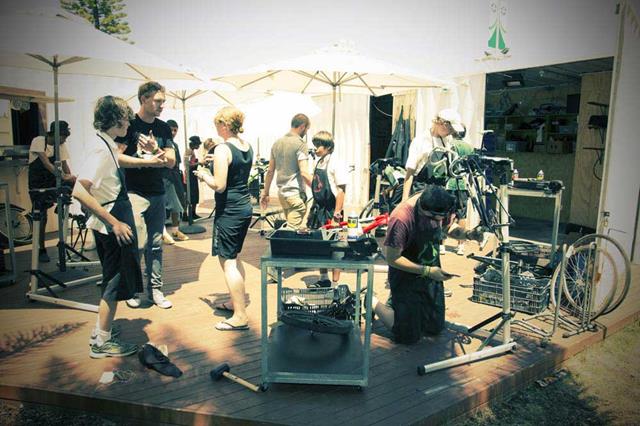 The Dismantle workshop re-opened in Fremantle last Sunday alongside the new Esplanade Youth Plaza. The official launch marks the start of much more than just a new workshop for the Fremantle community bike workshop.

The six months during which the workshop was a closed has enabled the Dismantle team to do some serious thinking about what the shape of the new workshop will be. This has gone hand in hand with some serious strategising across the organisation as a whole. As many of you know, Dismantle has always been much more than just a Workshop. The changes coming over the next six months will reflect that and build on Dismantle’s previous record for inclusion and community impact.

Over the next six months, the Dismantle Community Bike Workshop will transition into The BikeHub; a multi-use facility that focuses on learning, events and community contribution. Dismantle want to share the bike love and make the space into an even more dynamic, vibrant and valuable shared Fremantle asset.

This change will take place over the next several months, thanks to ongoing support from both City of Fremantle and Lotterywest. The interior of the Dismantle containers will be redesigned and their equipment upgraded. The space will also be rebranded, as The BikeHub, and an online portal created to make it easier to keep track of events and programs.

To stay in the loop for all the news about the transition from Dismantle to The BikeHub sign up to their enews for regular updates.