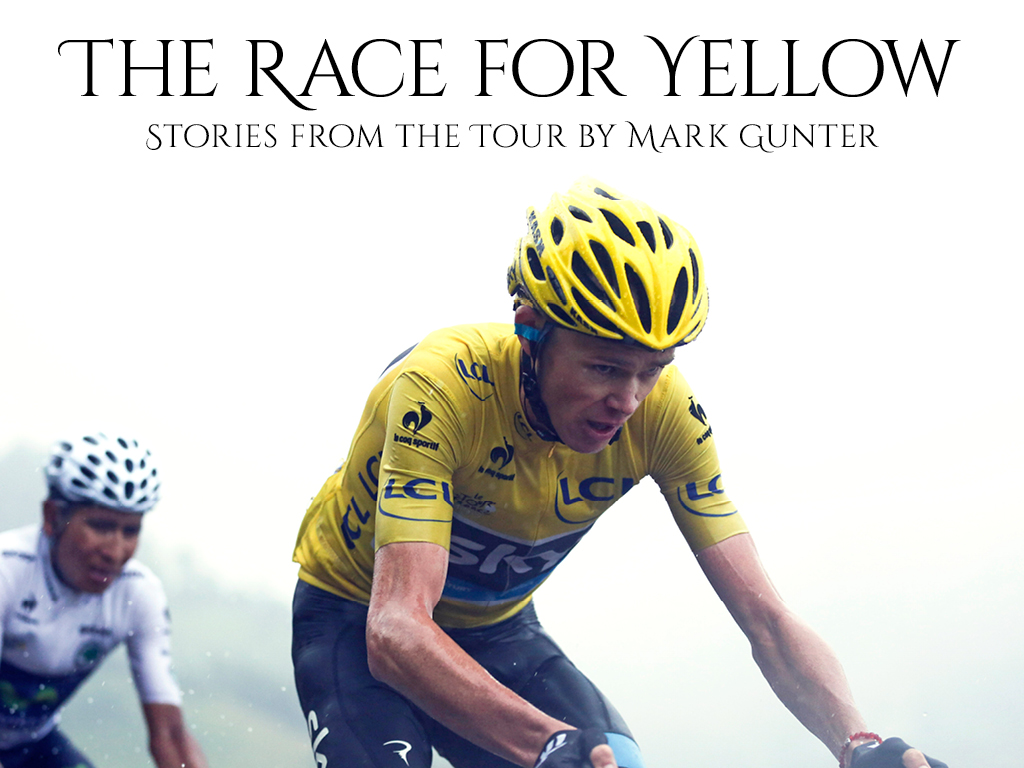 Australian cycling photographer Mark Gunter has released an App exploring the stories behind the world’s most iconic bike race, the Tour de France. Born in Cooma, NSW and now living in Sydney’s Northern Beaches, Gunter has travelled the globe photographing cyclists, and has been published both here and overseas. Of all the subjects he photographs, cycling remains a constant. Of the Tour de France Gunter says “Watching the Tour de France simply doesn’t compare to being there. In The Race for Yellow App I have endeavoured to capture the soul of the race.”

The Race for Yellow app  features a photographic exploration of the struggle, dedication, passion and celebration of both professional cyclists and their fans. There are forty-seven photographs, exclusive to the app, from the 2013 100th edition of the Tour de France.

“You will see your favourites, Froome, Quintana, Gerrans, Evans, Kittel and Cavendish and many other cycling stars,” says Gunter “but also other sides of the race that let you experience the atmosphere.”

The Race for Yellow – Stories from the Tour has been released exclusively for Apple iPad and is available for $4.99. App owners also get exclusive access to an extended photo gallery and Art Prints.

The Race for Yellow App is now available in the App Store and further information is available from markgunter.com.au