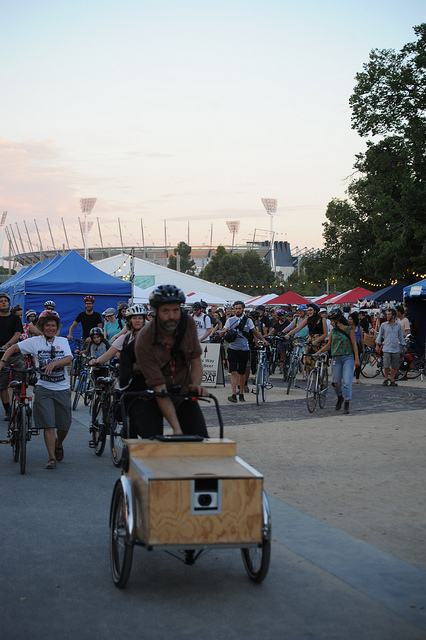 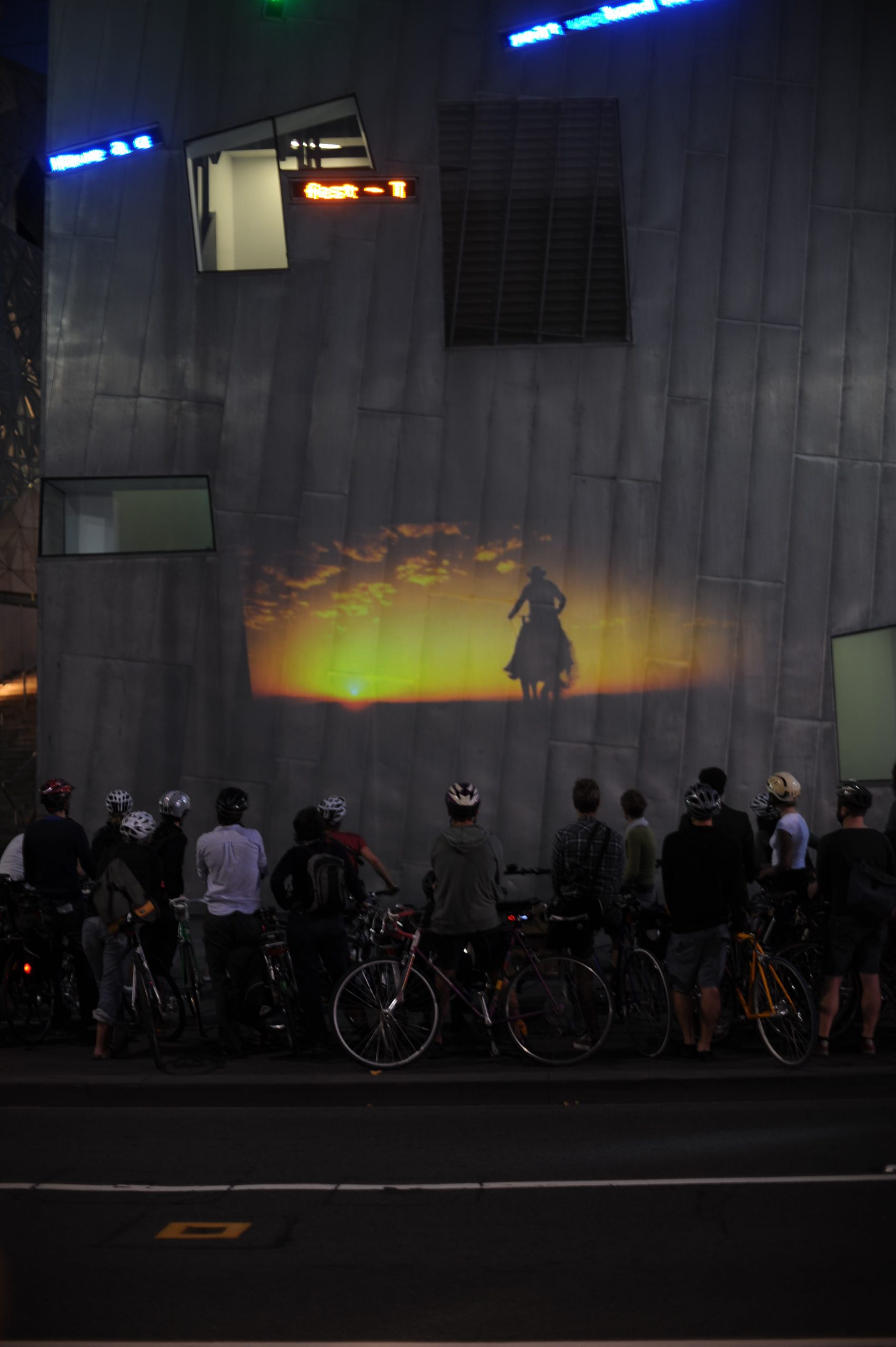 Hop on your bike for a romantic film night out! The Treadlie Bike Hub kicks off Friday February 14th with the perfect romantic outing for you, your bike and someone special.

The Treadlie Projector Film Night takes riders on an eventing tour of the CBD, with stops at designated sites where short films will be projected for your viewing pleasure. Led by Projector Bike, this rolling short film festival will honour St Valentine with films exploring lerv in all its guises. The final screening for the evening will be at Little Veggie Patch‘s Pop Up Patch where riders can snuggle up together with the lights of the CBD twinkling in the background.

Be ready to leave with bike, special friend or a whole gang of friends from the Treadlie marquee at the Treadlie Bike Hub, Birrarung Marr, 8pm on Friday February 14th.

This is a free event, brought to you with love!