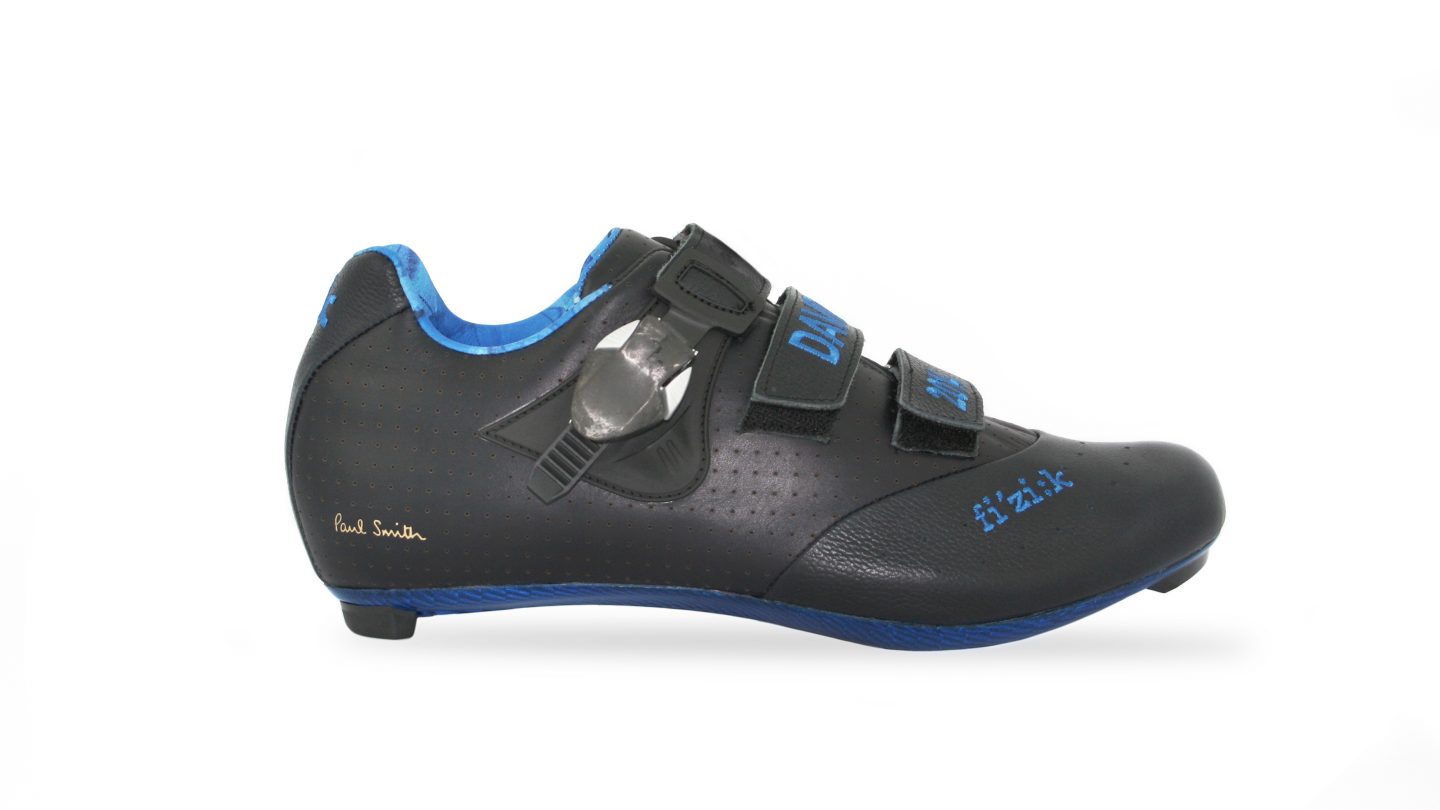 One of our favourite fashionable cyclists, the elegant Paul Smith, also happens to be quite famous for his beautiful shoes. As we all know, Smith’s love of cycling extends to the sport so it should come as no surprise that professional cyclist, David Millar invited Paul Smith to design a unique pair of cycling shoes to be worn for one of his final races.

David has teamed with cycle shoe manufacturer fi’zi:k to create a series of uniquely designed shoes for each race in his final season. Through the project, named ‘An Eloquence of Movement’, he hopes to raise awareness for the Small Steps Project and all funds raised from auctioning each pair of shoes will go to the charity.

With David wearing an argyle patterned shoe for the Tour of Bavaria; a classic red, white and blue number for the British National Championships; and a yellow pair adorned with the Flemish lion for the Tour of Flanders, it fell to Paul Smith to design his footwear for the Eneco Tour of Benelux which began in the Netherlands on 11th August. 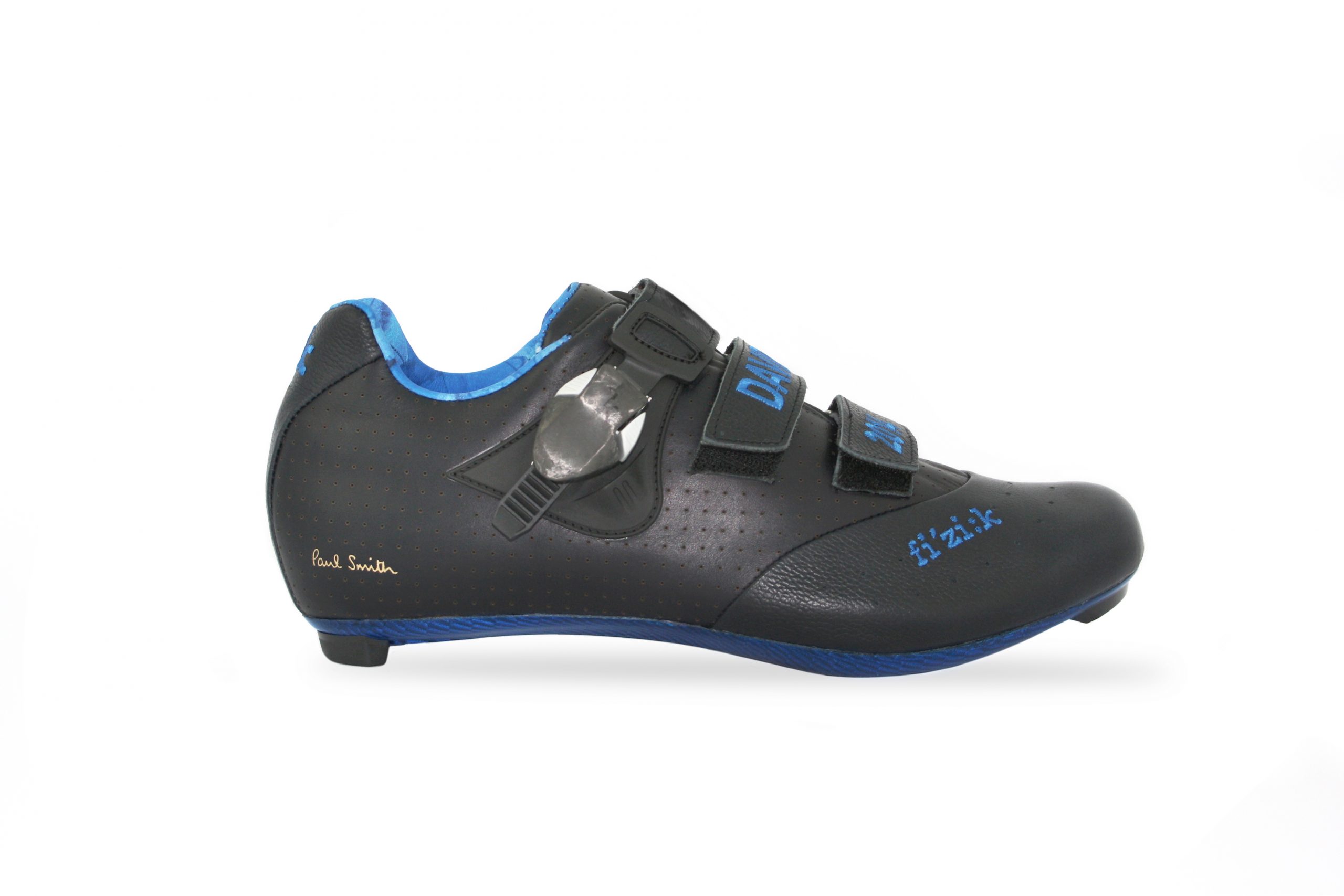 David and Paul share a long-standing friendship and a mutual love of cycling, so the design for the EnecoTour shoe came very naturally. Handmade in Italy, the exterior of the shoe features two different grades of leather, one smooth and one perforated, giving the appearance of a classical cycling shoe.

The lining is printed with an Adonis blue butterfly, a nod to Box Hill where the protected species can often be spotted and where David Millar has frequently raced throughout his career. A carbon fibre sole also echoes the Adonis colouring and is detailed with one of Paul’s own doodles of a butterfly. Velcro straps are embossed with the words ‘good luck’, in Paul’s handwriting, intended for the benefit of David.

One pair of the special edition shoes will be available to purchase via auction with proceeds going to the Small Steps Project. You can check out the whole An Eloquence of Movement project here.