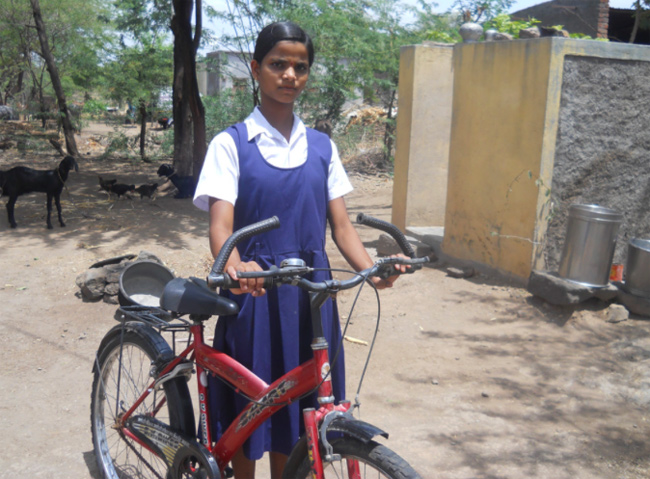 Tags
Atma Cycles was founded by Alex Carpenter early in 2014 and is a social enterprise focused on delivering the means for people to lift themselves and their families out of poverty. To do this they give a bicycle away to someone in need for every bicycle they sell.

Over half of all schoolgirls in India do not complete their education and research suggests that part of this problem is due to access to transport.  “Cycling to School: Increasing Secondary School Enrolment for Girls in India, 2013  showed that  if bicycles were on offer to schoolgirls overall attendance improved  by 30%. Atma Cycles have partnered with an Indian non-profit, Mann Deshi Foundation to ensure that every time you buy a bicycle from them , a girl in India receives a bicycle. Mann Deshi  has been running since 2009 in the Satara District of Maharashtra, India and has given over 7,400 bicycles to schoolgirls so far.

The first bicycle off the production line is that stalwart of the urban scene, the single speed (or fixie as it has a flip/flop hub). Named after the region in which it is providing support, the Satara is capable of taking rear panniers and comes standard with double velcro strap pedals.

To find out more about Atma Cycles you can follow the link here and you can discover the amazing work the Mann Deshi Foundation does watch their founder, Chetna Gala Sinha talk on the TED stage.