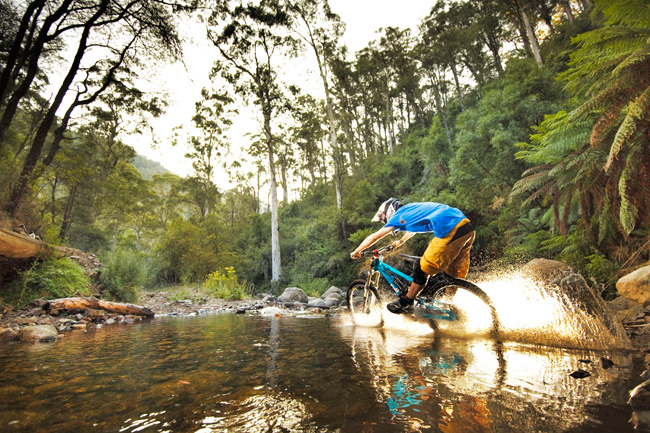 Mt Buller opened its doors to mountain bike riders last weekend with the rolling opening of some of the resort’s cross-country and flow down mountain bike trails.

The 2014 winter season brought record snowfalls, making this year’s pre-mountain bike season trail maintenance a larger effort than most. Thanks to the Mt Buller trail crew and their tireless efforts, the trails are in excellent condition after works including clearing of fallen trees and debris and surface maintenance were carried out.

In line with the staged mountain bike trail development plan, the entire trail network has received a signage upgrade and riders will enjoy some new linkage additions plus upgrades to previous signage.

As of Saturday 1 November, the majority of Mt Buller’s cross country trail network are open including Skyline, Family Trail, Snowgums, Split Rock, Soul Revival, One Tree Hill, Gang Gangs, Picnic Trail, Wombat Trail, Corn Hill Trail, Clancy’s Run, Misty Twist, Delatite River Trail, Woody’s Shortcut, and River Spur Trail (from Circuit Road). Thrill seekers can also enjoy Mt Buller’s flow down trail, Copperhead, from last Saturday.
Louise Perrin, Environmental Services Manager for Mt Buller Mt Stirling Resort Management, is thrilled with her team’s achievements ahead of the mountain bike season. “We started work out on the trails as soon as the snow started to melt and haven’t stopped since. Each year it is certainly a challenge to clear and maintain the trails after the snow season, and with more and more trails to manage each year the team has done an incredible job to be able to open this many – especially given we’re still five weeks out from the official start of the mountain bike season.” 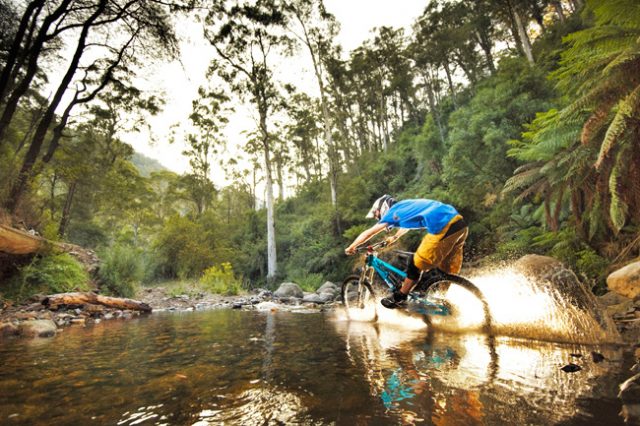 The official opening of the 2014-15 mountain bike season is December 6, with a weekend-long festival planned, the highlight being the launch of the Australian Alpine Epic. This new trail will offer a 40km long- distance, cross-country descending ride that will take in some of the most spectacular terrain and scenery in the Australian Alps. The trail has been named as the only IMBA Epic outside of North America, and follows Mt Buller’s accreditation as Australia’s only IMBA-endorsed Ride Center in 2012, received as a result of the resorts staged trail development plan which has seen it become a premier mountain bike destination.

Mt Buller’s mountain bike offering just keeps on the getting better, with over 120km of quality XC trails, four DH tracks, a flow down trail, modular pump track and two skills parks, as well as bike-friendly accommodation, a number of mountain bike camps, skills clinics and retreats, as well as events for all disciplines including the resort’s signature event – the Bike Buller MTB Festival presented by Orbea.

You can fin out more about ,maintain biking at Mt Buller at bike.mtbuller.com.au.