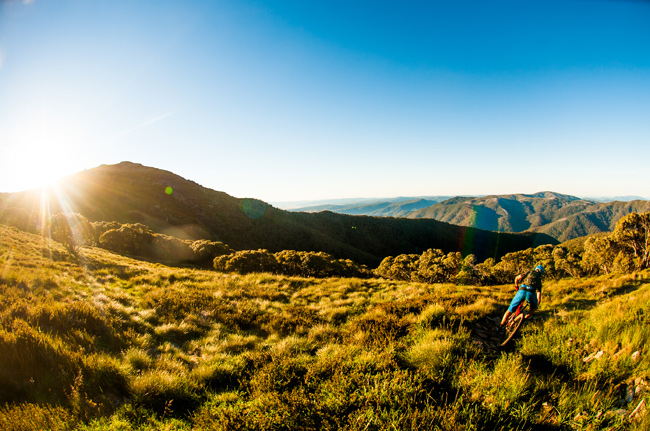 Tags
We love Mt Buller but now its official. The International Mountain Bicycling Association (IMBA) has announced its pick of EPIC mountain bike trails for 2014, with Mt Buller’s newest trail named as the only IMBA Epic outside of North America.
This latest endorsement from mountain biking’s world body means the trail has been recognised one that offers an iconic, diverse and high-quality backcountry ride experience. The trail, officially to be known as ‘Australian Alpine Epic’ from December 6, is a 40km long-distance, cross-country descending trail that will take in some of the most spectacular terrain and scenery in the Australian Alps.
Starting at Mt Buller, the trail takes riders through the Mt Buller and Mt Stirling Resorts, Mansfield State Forest, and the Mt Russell Education Area. The project has been a partnership between the Australian Alps National Landscape Committee Inc, Mt Buller Mt Stirling Resort Management and the Australian Government and has received state and federal funding to the tune of half a million dollars. 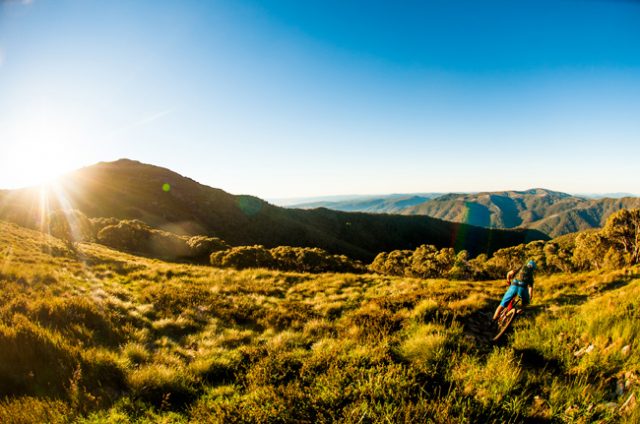 Marketing Director for Mt Buller Mt Stirling Resort Management, Amber Gardner, said the announcement is another huge step for mountain biking at Mt Buller. “We’re absolutely thrilled to receive the nod from IMBA for the Australian Alpine Epic today. The trail has been the result of years of planning across a number of organisations and government, and to have this stamp of approval by IMBA is just fantastic. IMBA received a record number of applications for endorsements this year, so for our trail to rise to the top speaks volumes about the quality of trail and its surrounds. This trail is truly spectacular, and takes in some of the most incredible scenery in the High Country that hasn’t been accessible by bike until now. We can’t wait to open it to everyone in December!”
Glen Jacobs, whose company World Trail has been responsible for the design and build of the Australian Alpine Epic, is thrilled with the announcement. “This is such great news for Mt Buller and for World Trail as well. The team is so proud of the trail, and it really is some of the best we’ve ever built. This trail is the one we’ve been waiting for – in all the years we’ve been building at Buller we’ve looked at that area and said ‘we’ll build a trail through there one day’ and here it is. The team was so pumped while we were working on it last summer, we just knew it was something special and when we got to ride it were we blown away, it is truly amazing and I’ve never ridden anything like it. It’s a sleeper – it’s bedding down during winter while we wait with lots of anticipation, and soon we’ll be able to share it. We cannot wait for people to get up there and ride it!”
The Australian Alpine Epic will be officially launched at Mt Buller on Saturday December 6, with a weekend event planned to mark the occasion and the opening of the trail network for the season. For further information on the trail, as well as Mt Buller’s comprehensive network of mountain bike trails, visit bike.mtbuller.com.au.