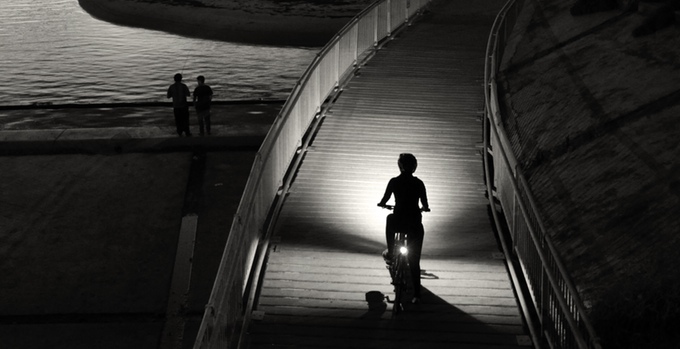 A near miss for Des Burns in Adelaide one night is the inspiration behind this latest Kickstarter campaign. Des came up with the concept for DING bike lights after discovering that a driver couldn’t see him from the side, despite the presence of his front and rear lights.

The DING Bike light has two independent beams within the one light; One shining forward the other downward around the rider. It’s a concept that is striking a chord with cyclists the world over. The original design, doodled on a beer mat later that first night, has been finessed and engineered to the highest standards as, it just happens, Des is an engineer.

With light settings that work both in the city and on the trail and on a wide range of handlebars DING remains true to the original concept which is always about creating a pool of light around the rider. There are five days left for the DING Kickstarter campaign. You can check out all the technical details about the lights here.