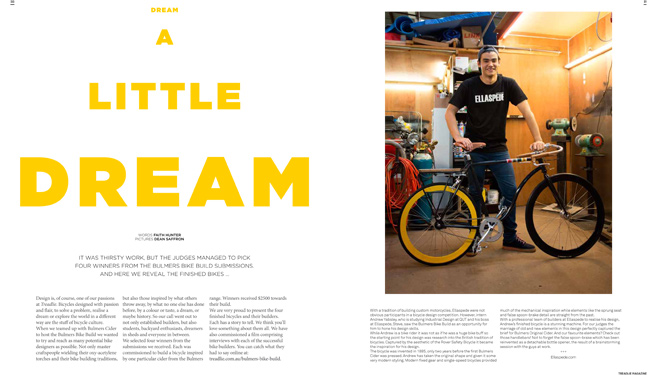 When we teamed up with Bulmers Cider to host the Bulmers Bike Build we wanted to try and reach as many potential bike designers as possible. Not only master craftspeople wielding their oxy-acetylene torches and bike building traditions, but also those inspired by what others throw away, by what no one else has done before, by a colour or taste, a dream, or maybe history. So our call went out to not only established builders, but also students, backyard enthusiasts, dreamers in sheds and everyone in between.
We selected four winners from the submissions we received. Each was commissioned to build a bicycle inspired by one particular cider from the Bulmers range. Winners received $2500 towards their build.
You can read more about each of the builders and their build in Issue 12 of Treadlie.

Andrew Yabsley of Ellaspede submitted a design for the Original Cider bike. As a design student, Andrew was pretty stoked at being selected to build his design. Check out the full interview with Andrew here.

Mrs Fairweather of South Australia won the commission to build the Pear Cider bike, and just to make it a bit harder, decided to build two bikes. Mrs Fairweather’s Millwright, Nigel Venning, explains the story behind the build.

Sydney’s Garth Lamberton was commissioned to build the Ginger Cider bike. One of the ‘upcyclers’ amongst the builders, Garth knew exactly which frame he wanted to use as soon as he read about the competition. Check out the full story here.

Jens Uhsemann of Brisbane’s Bicycle Revolution was inspired by the tradition of steel frame building and the history of commercial transport bikes in his submission for the Blackcurrant Cider bike. Hear what he has to say here. 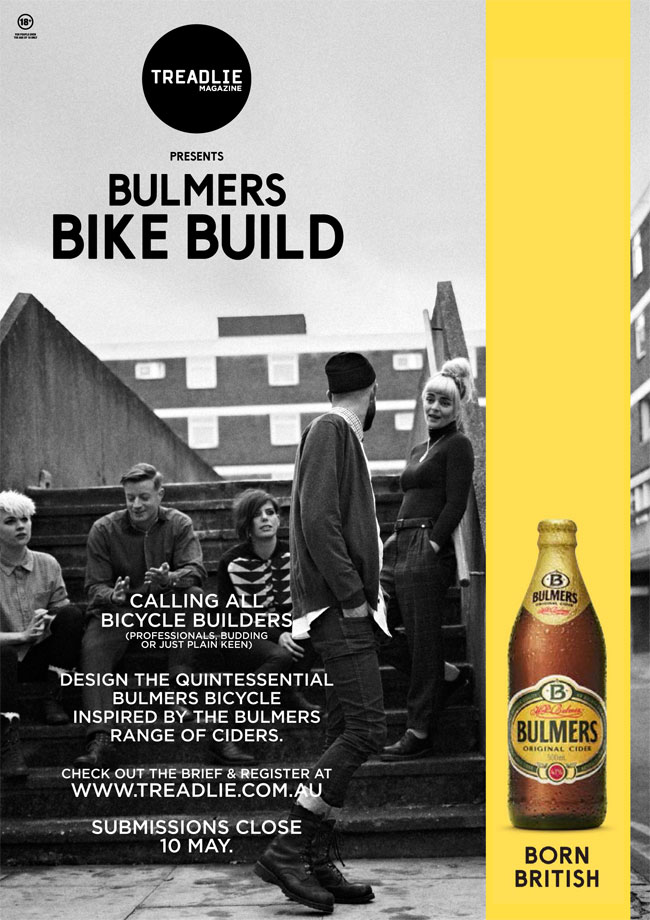