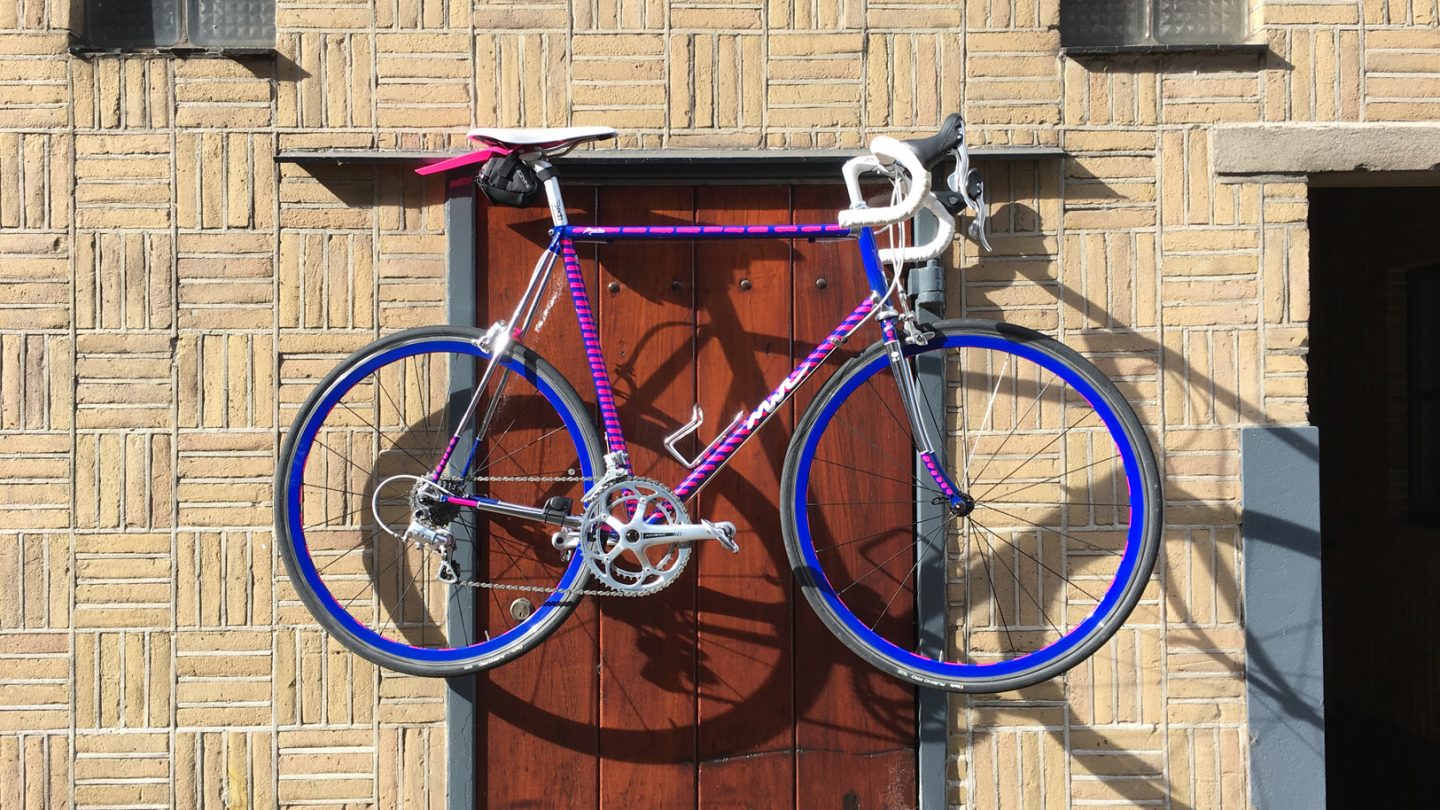 My Wild Love is a custom bike company that pays homage to the proud tradition of Italian bicycle production with a distinct 21st century flair.

Dario Nucci and Paul Carroll’s custom bike company My Wild Love was born out of chance rather than commerce. Treviso, Italy – where the duo made the spectacular discovery of 32 untouched Columbus SLX frames – is a world away from the dusty South African farm where Dario grew up, or in Paul’s case, as part of the “ragtag gang” of Melbourne’s CERES Bike Shed Cooperative.

And while the 32 bike frames lay unclaimed in a Treviso bike shop for what might have been decades, the combined talents of Dario and Paul make it seem like their paths were always meant to cross. Tradition and shared histories emerge a lot throughout this story, but it was only when Dario decided to move to Treviso to be closer to his Italian family, and Paul uprooted himself to start a family in Amsterdam, that these forgotten bicycle frames found a conclusion that matched their outstanding legacy.

During the 1970s and 80s, Treviso was the world’s boomtown of bicycle manufacturing. Here, and across the wider Veneto region, dozens of companies produced cutting edge steel racing bikes; but as aluminium became the scene’s standard, Italian companies were often slow to adapt and many shut down for good. Remnants of these boutique companies survive through local families and materials scattered throughout the region, while those who successfully changed with the times, such as Pinarello, continue to flourish as giants of the industry.

Living in Treviso, Dario learnt about “true Italian cycling culture from the inside out”, so when Paul visited from Amsterdam it felt natural for the pair to cruise the shops and warehouses searching for interesting cycling relics. While most of the time they’d only find empty buildings and closeddown stores, every so often they’d uncover something, or someone, from Treviso’s great cycling past. However it was while exploring alone one day that Dario made the discovery that would lead him and Paul to start their own bicycle company.

“I walked into an old shop called San Marco and my jaw dropped,” recalls Dario. “They had loads of old steel frames hanging from the ceiling and I immediately thought to myself: I’ve got to show this to Paul.” What he found inside was 32 unridden Columbus SLX frames; the SLX model was Columbus’ finest steel tube set for a decade up until the early 1990s. From the 1970s until the 1990s, nearly every classic bike frame in Southern Europe was made from Columbus steel tubing and it was the preferred choice for most professional cyclists the world over. After hearing the news, Paul soon touched down in Treviso to see the famous white doves of Columbus emblazoned on the frames for himself. “The frames were too good to be true and they felt like the perfect way to honour Treviso’s past while making our own mark,” explains Paul.

Buying all 32 SLX frames from the workshop, the duo felt that to truly breathe new life into the frames they needed to stray from convention. And while purists might wince at My Wild Love’s use of bright colour and decals, Dario and Paul wanted to rise above tradition and bring these Italian classics into the 21st century.

“We wanted to give these frames new life, which means being ridden outside and not just hung on a wall,” says Dario. We wanted to vandalise them in a way, so they weren’t held down by tradition anymore. Hopefully we could inspire a new set of riders to see the value in these gorgeous chromed beauties.”

Once limited to the production of only 32 bicycles, nowadays My Wild Love produces their own premium quality steel bicycles. A natural step in their evolution, the lessons they learnt from the find in Treviso have made My Wild Love uniquely positioned to improve and modernise classic steel frames. With their designs, the pair want to build bikes that challenge the weighted perception of steel, but more importantly they want to build bikes that have a story.

While Dario admits steel can’t match carbon for lightness, he argues the trade-off for greater comfort and durability makes the extra few grams undoubtedly worthwhile. Working only with Columbus steel, each bicycle sold can have its geometry and paint adapted however the rider wants. My Wild Love currently offer up an allroad model for every imaginable terrain and a contemporary take on the classic road bike, while their newest model in the works is a lightweight steel road frame, which Paul says – despite its 1400-gram weight – still flies along with a snappy power transfer and optimised stiffness.

While the future of My Wild Love is clearly a bright one, it’s obvious that the resurrection of Treviso’s rich cycling history will always remain an integral part of who they are as a company. Having worked with some of the few remaining Trevigiani bike builders and painters to revive the original 32 frames – each with decades of experience and an impassioned flair for Italian bicycle production – the heart and soul of My Wild Love will forever be rooted in the small Italian town with a big history.

“Those frames are the spiritual beginning of our little company – like some kind of religious experience that gave us a sense of awe,” says Dario. “When someone buys a bike from one of the big brands, differences are considered faults. For us, it’s personality and proof that our frames are made by humans, for humans.”