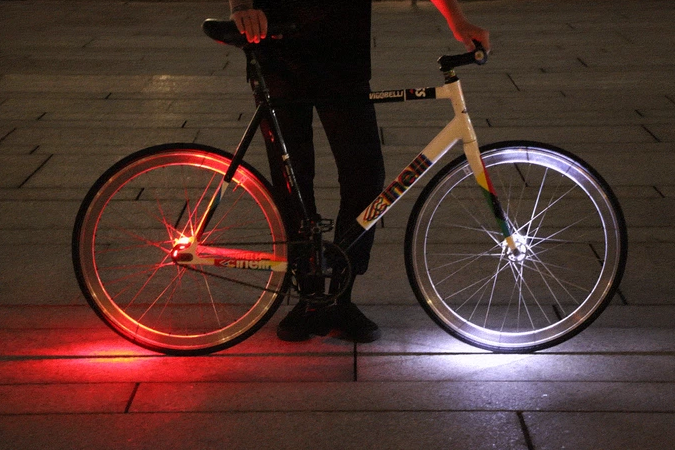 We all know there’s a bit of risk involved when you hop on a bicycle, especially at night. Visibility is essentially the biggest concern of a cyclist on the road and generally speaking the more lit up you are, the safer you’ll be.

It’s with this in mind that the Wheely bike light has been designed. Small and lightweight it is encased in a rubbery shell that doubles as the mounting strap, which attaches to the hubs of both wheels.

The Wheely hasn’t been designed as the be all and end all bike light, but rather to compliment your existing lights – like the ones just mentioned. The lights have blinking, pulsing and constant settings and come in a red or white colour that illuminate the surface area of the wheels, offering 360-degree visibility.

For anyone interested, Wheely is available for pre-order through Kickstarter. Early bird specials mean one light costs approximately $20, but a complete set can be purchased for $39. Production begins this July with shipments going out in September after testing, quality control, and assembly.