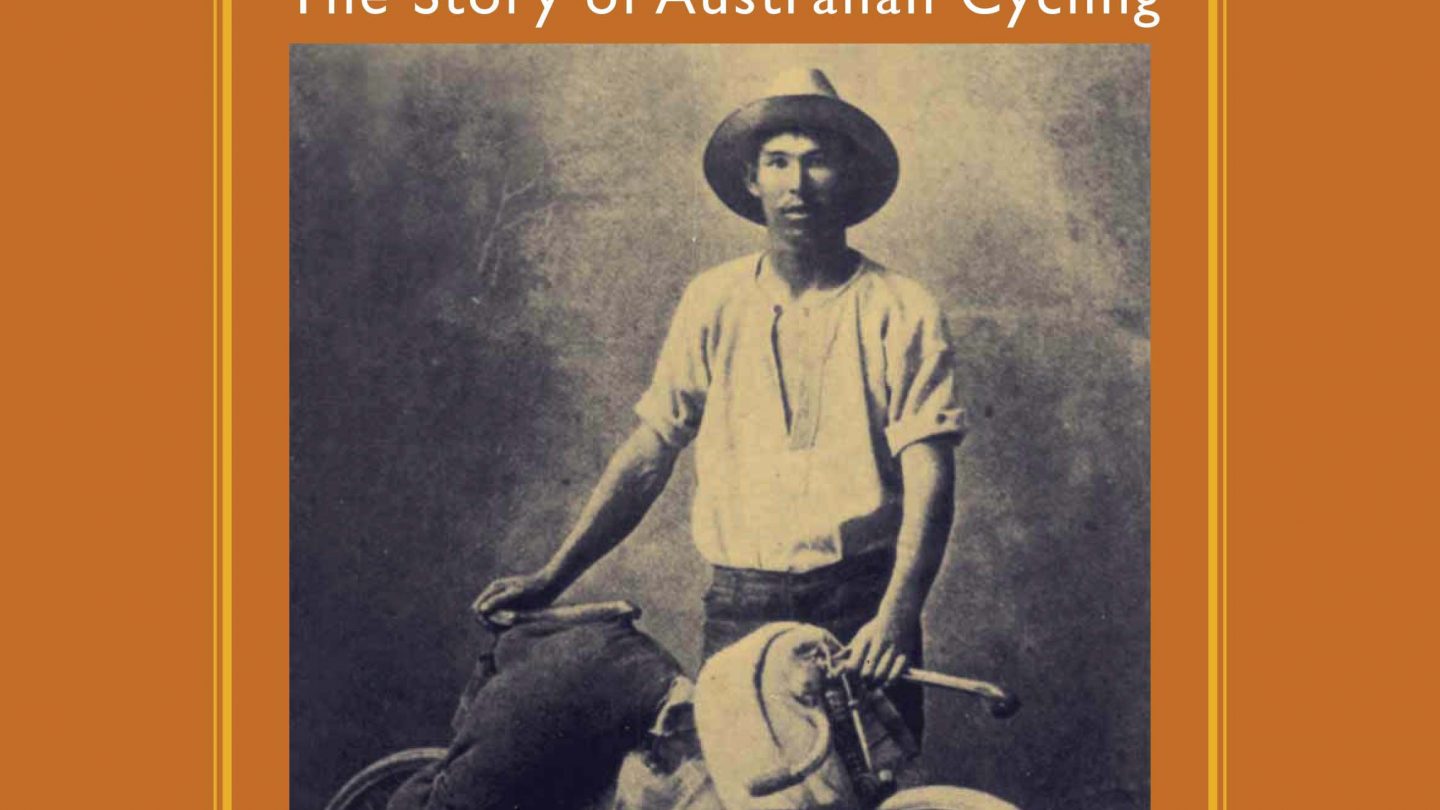 You wouldn’t know it now but in the 1890s Australia had the largest bicycle path network in the world. As the long distance cycling centre of the world for many years, Australia provides many of the most fascinating stories from cycling’s early days. Wheeling Matilda: The Story of Australian Cycling by Jim Fitzpatrick documents many of these stories, with an account of almost 150 years of bicycling in Australia.

Fitzpatrick captures many of the characters and great stories from the early days of cycling in Australia and doesn’t flinch from the less positive aspects, such as the treatment of American cycling legend Major Taylor in Australia. With chapters focussing on trans-continental trips, the role of the bicycle at war, sport and the more recent decline, and then revival, in cycling Wheeling Matilda provides a comprehensive account of many aspects of Australian cycling. Not a coffee table book, Wheeling Matilda nevertheless does boast many fabulous photos and will provide a great read for anyone interested in the history of cycling, whether in Australia or elsewhere.

You can purchase Wheeling Matilda: The Story of Australian Cycling online