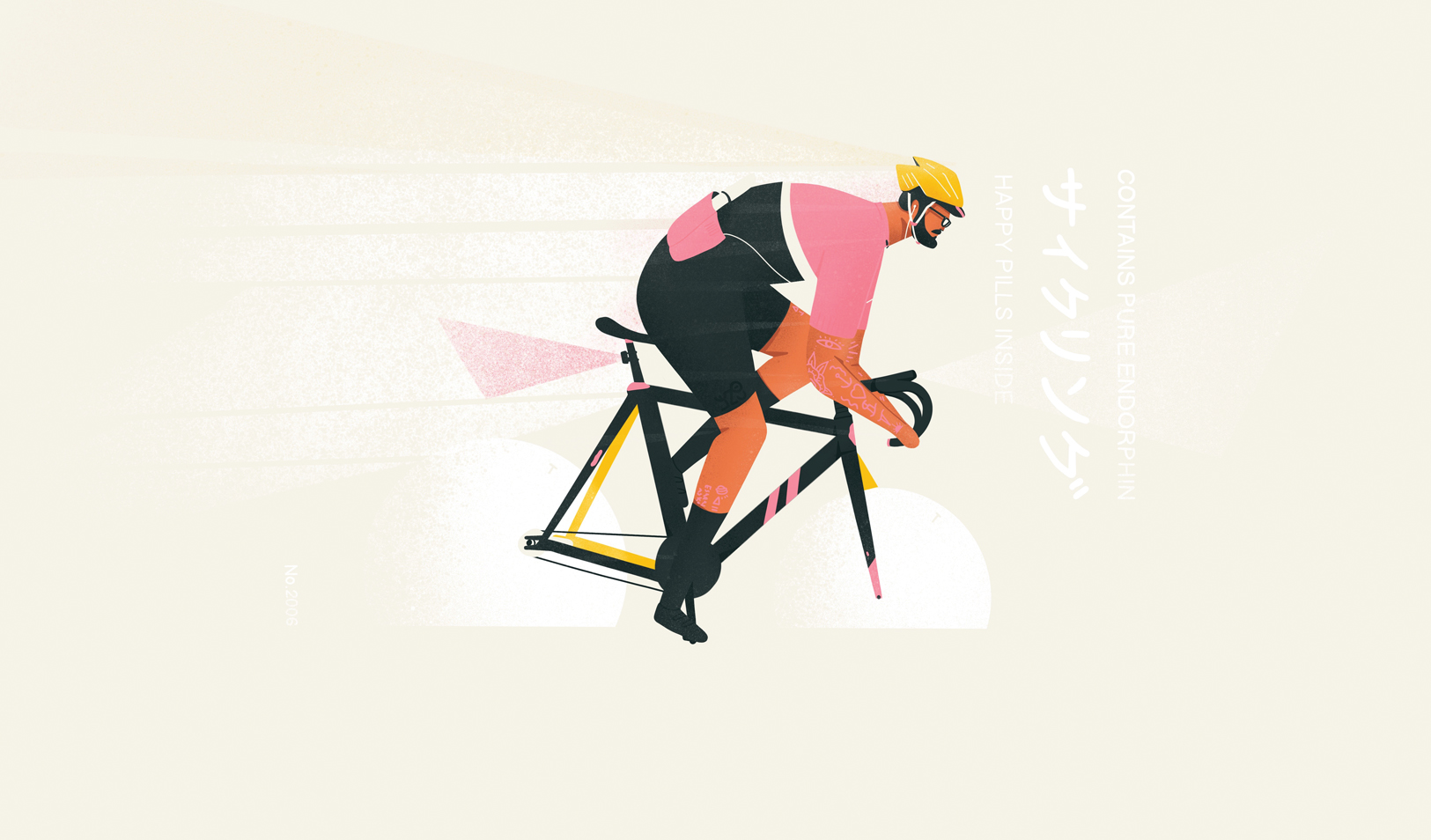 Fabrizio Lenci is an architect, art director and illustrator from São Paulo, Brazil. Ten years ago he lost his father tragically and one year later he discovered that he was suffering from depression. He remembers being in bed reading magazines when he came across a life-changing article about people who were ditching their cars for bicycles. It was so interesting and encouraging that at that moment he decided to make a change in his life: he sold his car, fixed his father’s old bicycle and has ridden every day since.

He began to realise that bicycles were a powerful weapon to overcome sadness. Little by little, riding became his therapy and helped him understand that although life is hard, it can be pretty awesome at the same time. The bike taught him to be resilient, to persevere, to create goals and to seek them daily … it helped him to be joyful again.

He now spends a lot of time with the good friends that he made cycling. The old commuter bike became a road bike – and he still rides every week with @fugacc, a cycling club where he is a member. “And about my father, I now keep only the good memories,” he reflects.