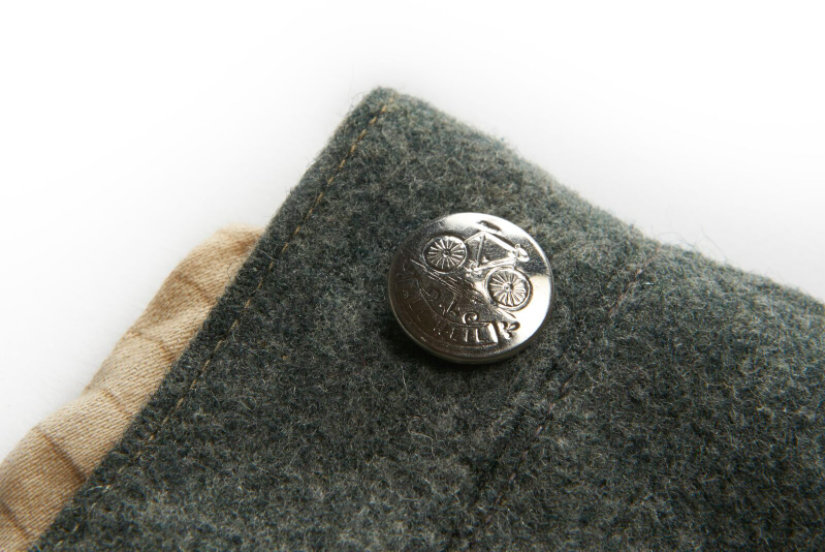 Naked bike rides aside, people have been creating, testing and wearing specialist cycling clothing since bicycles first became a thing in the 1800s. We take a look at some of the gear people have donned in an effort to tear up the tarmac.

During its first few decades, the bicycle was considered a dangerous toy for daring young men. At first, they tucked the legs of their long woollen trousers into their socks to avoid getting them caught in their spokes. But soon knickerbockers – baggy trousers that come down to just below the knee – were all the rage, despite their nursery connotations. They were worn with long woollen socks and leather shoes.

This ensemble prevailed as standard cycling attire for racers and non-racers alike for nearly a hundred years, along with knitted woollen jerseys. Wool was preferred to other affordable alternatives at the time, such as cotton, as it stretches and breathes. Crucially, wool also wicks (draws moisture away from the skin), while retaining heat and insulation.

Racing in a pair of woollen knicks, a winter rider might also be wearing woollen leg and arm warmers. These items would be carefully washed and darned and used time and time again. Riders would continue to sport these into the second half of the twentieth century.

High wheeling wasn’t considered appropriate for women at all, as the elevated seat on a penny-farthing meant that her legs (or more) might be visible under her skirts. Women were therefore confined to riding tricycles – and they did, as photographs of Queen Victoria herself atop one attest. However, when the safety bicycle was invented in the 1880s, riding soon became a popular means of everyday transport for men and women of all ages.

At first, women had to adhere to strict dress codes that forbade the exposure of the ankles and legs, and required their bottoms and thighs to be covered up by large, cumbersome skirts.For Charlie Farren, co-owner of Melbourne’s famed Farren Collectionof vintage bikes, remaining true to the era while riding her vintage steeds has meant getting her head (and other body parts) around what women wore at the time.

“The safety bicycle led to the creation of a divided skirt for women, and knickerbockers and bloomers too. At the time, the women who pioneered clothing like this, that enabled them to be active participants in life, were considered extremely risqué,” she says.

Charlie’s wardrobe collection includes delicate boater hats, boned bodices and several skirt-lifters: ornate grips that were attached to the hem of a skirt and connected to the waist by a cord, enabling it to be lifted clear of mud and bike wheels.

The National Museum of Australia’s Dr Daniel Oakman (curator of Freewheeling, a travelling exhibition about cycling) says, “The divided skirt was extremely significant for women. It looked like a regular skirt but was in fact a very loose-fitting pair of shorts. They hung down over either side of the wheel and enabled women to get out and experience all the freedoms and liberations of cycling, without being verbally and physically attacked for the clothing they wore.

“It was a period of rapid social change for women. Within 20 or 30 years all of that debate and concern about women had fallen away. There are photographs that show women in the 1920s cycling in shorts, with bare legs,” he says.

Another decade or so along, and silk started to take over wool as the fabric of choice. In the 1940s a savvy Italian clothing manufacturer called Armando Castelli introduced silk jerseys to track and road cycling.

Silk was lighter and cooler than wool and streamlined racers’ bodies. It also meant that pockets, zippers and collars could be added to jerseys, and it took ink better than wool too. It wasn’t long before cycling started attracting big sponsorship dollars by turning racers into vibrant mobile billboards.

And then out of the science laboratories of the post-WWII era came synthetic fabrics that could stretch, take inks and dry quicker than anything else – and a veritable fabric revolution was born. Lycra (also called Spandex) was invented by chemist Joseph Shiversat DuPont’s Benger Laboratory in Virginia in 1958 and has had the biggest impact of all fabrics in the cycling and sporting worlds.

The NMA’s Freewheeling exhibition features many iconic items of Australian cycling clothing apparel, including several in Lycra. Sadly, the collection doesn’t have any shoes.

Comments Dr Oakman, “We know that keen racers developed very streamlined, simple handmade leather racing shoes that could fit into the toe clips pretty early on. They had minimal lacing, and sometimes a flap to go over the laces. This was the dominant shoe technology until the 1980s, when clipless pedals came on the market.”

The curator is very keen to obtain what we might consider the prototype for padded Lycra bike shorts so common on the roads today.

“A lot of the shorts people wore back then were wool with a leather chamois sewn into them. Today, the material has changed but the basic design hasn’t. Where there’s a saddle, there’s a need for padding!” he comments. Indeed.

Many thanks to Cliff Mitchell and Charlie Farren for the items photographed for this story.

This article originally appeared in Issue 18 of Treadlie.