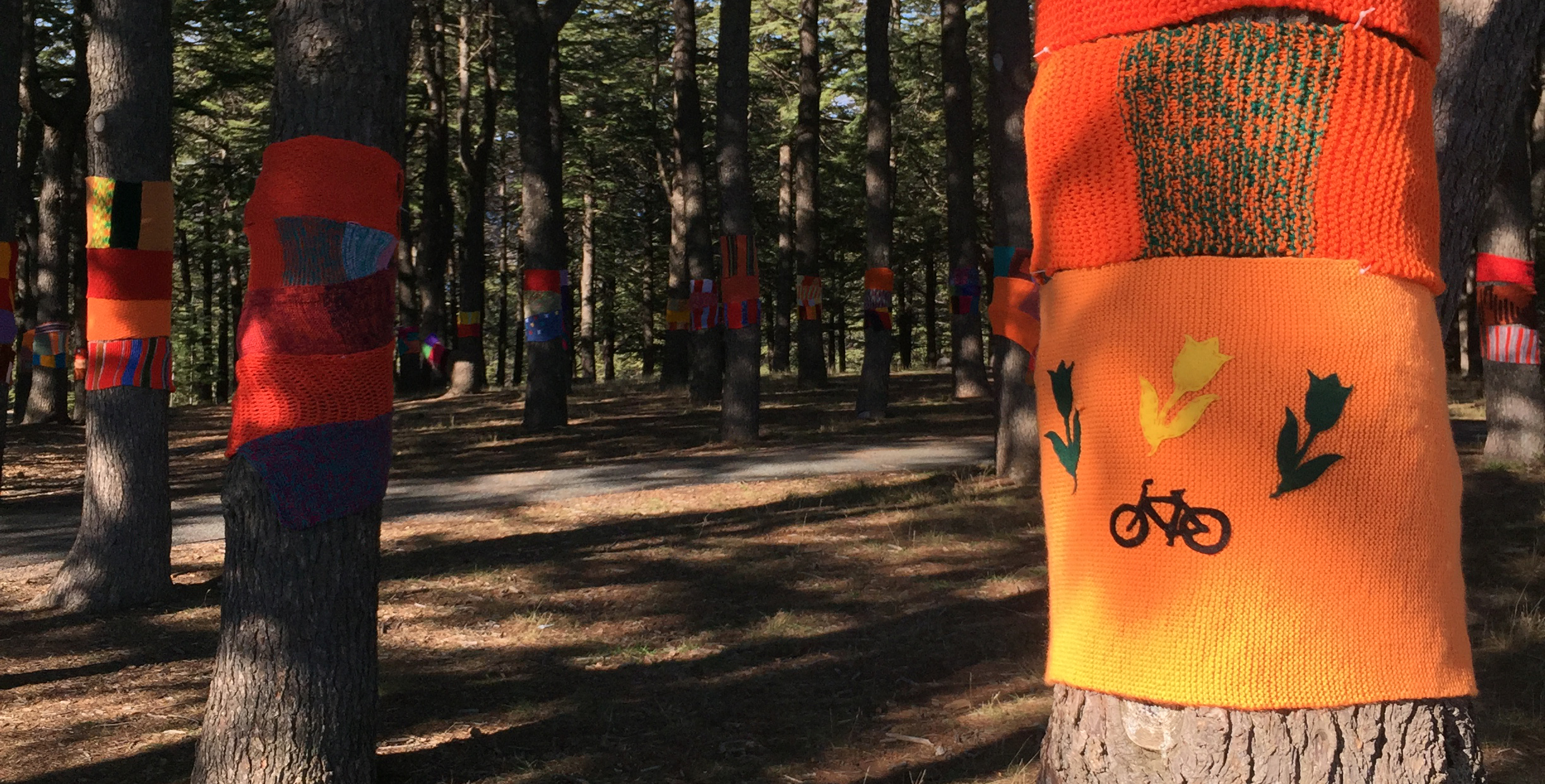 The Friends of the National Arboretum Canberra and the Embassy of the Kingdom of the Netherlands collaborated on the theme of cycling and tulips for this year’s display. Tiptoe can be seen riding in the cargo bike from the Village Centre or you can walk through the forests for a close-up look and admire Tiptoe’s juggling skills.

Tiptoe is just one part of the hundreds of winter woollies which form this Warm Trees installation. Other elements include crochet and knitted tulips, a 100-metre hand crafted frieze of tulips, decorated bike wheels and hundreds of colourful scarves wrapped around the trunks of groves of trees.

Ambassador for the Kingdom of the Netherlands, Marion Derckx said trees, scarves and bicycles go together well.

“They all have positive climate impacts. We are proud to bring a Dutch touch to the National Arboretum this year. I am grateful to all volunteers who have so generously applied their knitting skills and to local Dutch school Abeitje for their enthusiastic involvement,” Ambassador Derckx said.

“Special features for this year’s launch include a photo exhibition on cycling in the Netherlands, introduced by the Kingdom of Netherlands Ambassador, and a presentation by the students of the Abeltje Dutch School Canberra.”

“There are great activities for everyone during Warm Trees including cultural workshops for children, bike maintenance and bike rides for families organised by Pedal Power and drop-in knitting,” Mr Saddler said.

Convenor of Warm Trees, Jocelyn Plovits said hundreds of volunteers donated knitting and crochet from our community, from around Australia and overseas.

“Our keen yarn crafters range in age from school age to over 100 and their work is always so creative. All our knitting is used twice, once for this display and then washed and turned into rugs and scarves to donate to charities.”