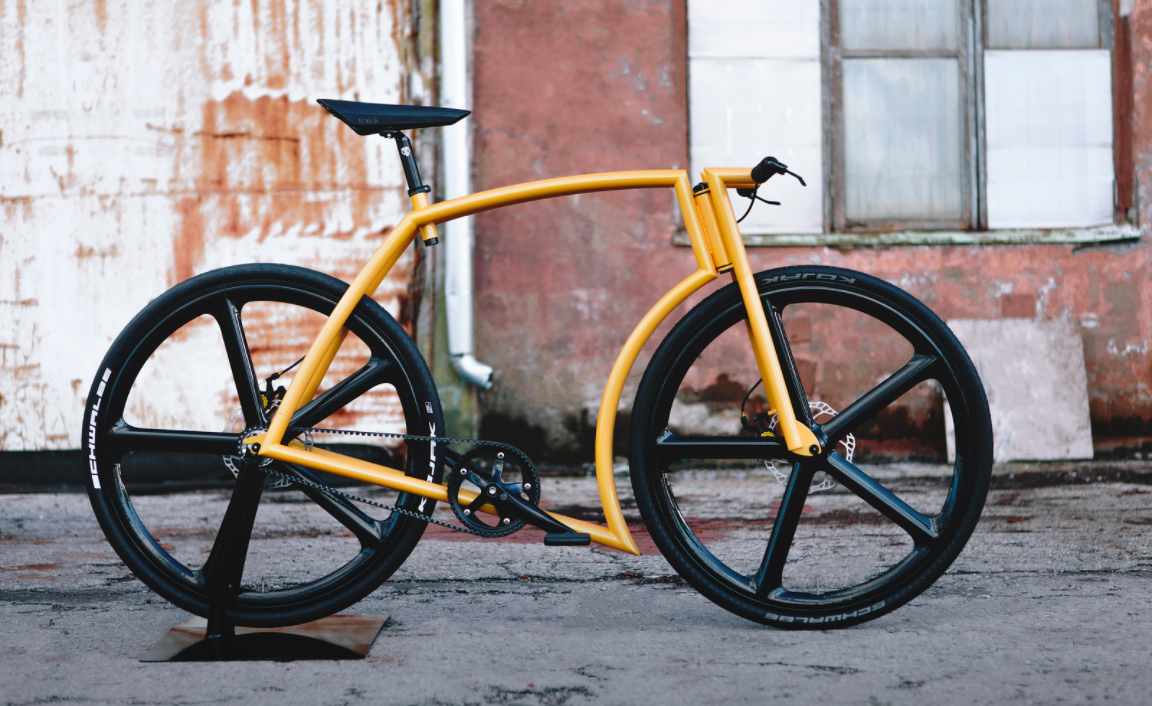 Sitting in a small cafe in one autumn afternoon in 2012 and searching for a unique two-wheeler for work commute, an Estonian designer, engineer and co-founder of Velonia Bicycles and Viks, Indrek Narusk decided to build one for himself.

Inspired by the classic cafe racer style motorcycles, he sketched the first Viks (translates to ‘classy’ or ‘gentlemanlike’ from Estonian) which would look a little bit different from all other bicycles out there at the time.

The frame was to be made of high-quality stainless steel or carbon fiber tubes. The bike had to be durable, but light, modern but classic. Viks bicycle has ended up with a very unique shape, made with two identical tube frames joined alongside each other, meeting at a single head tube, seat tube, and bottom bracket. The bike comes with either a fixed gear or a coaster brake hub for standard factory setup.

It is an ideal bike for cruising in the city, either when commuting to work or going out for the night. Every Viks bicycle is hand crafted, is made to measure, and is available in a number of custom configurations – from different brake and shifting options to a range of powder-coated or wet paint colours and other surface effects.

Now they’ve developed a new model, the Viks GT.  This edgy and bold version of Viks was initially inspired by the sharp edges and triangles found in the design of Lamborghini supercars from Italy. The Lamborghini like Viks, or Gran Turismo as they call it, has the same geometry and size as classic Viks bicycles, but the silhouette looks extra fast and mean.

Replacing stainless steel with aluminium alloy has also shaved off 40 per cent of the frame’s weight compared to the standard frame in size S, putting the Viks GT in the market of sub 10kg urban commuters.