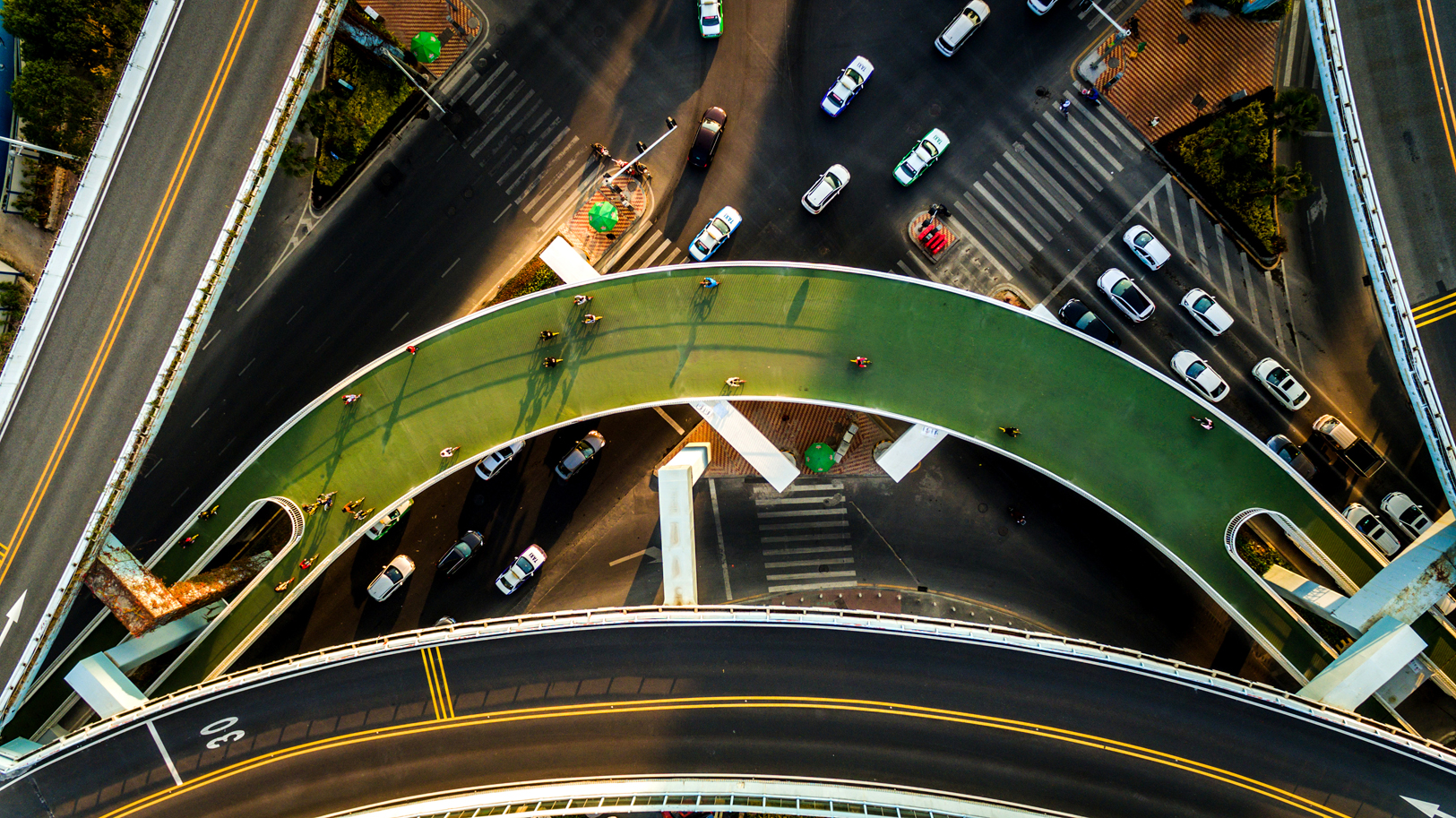 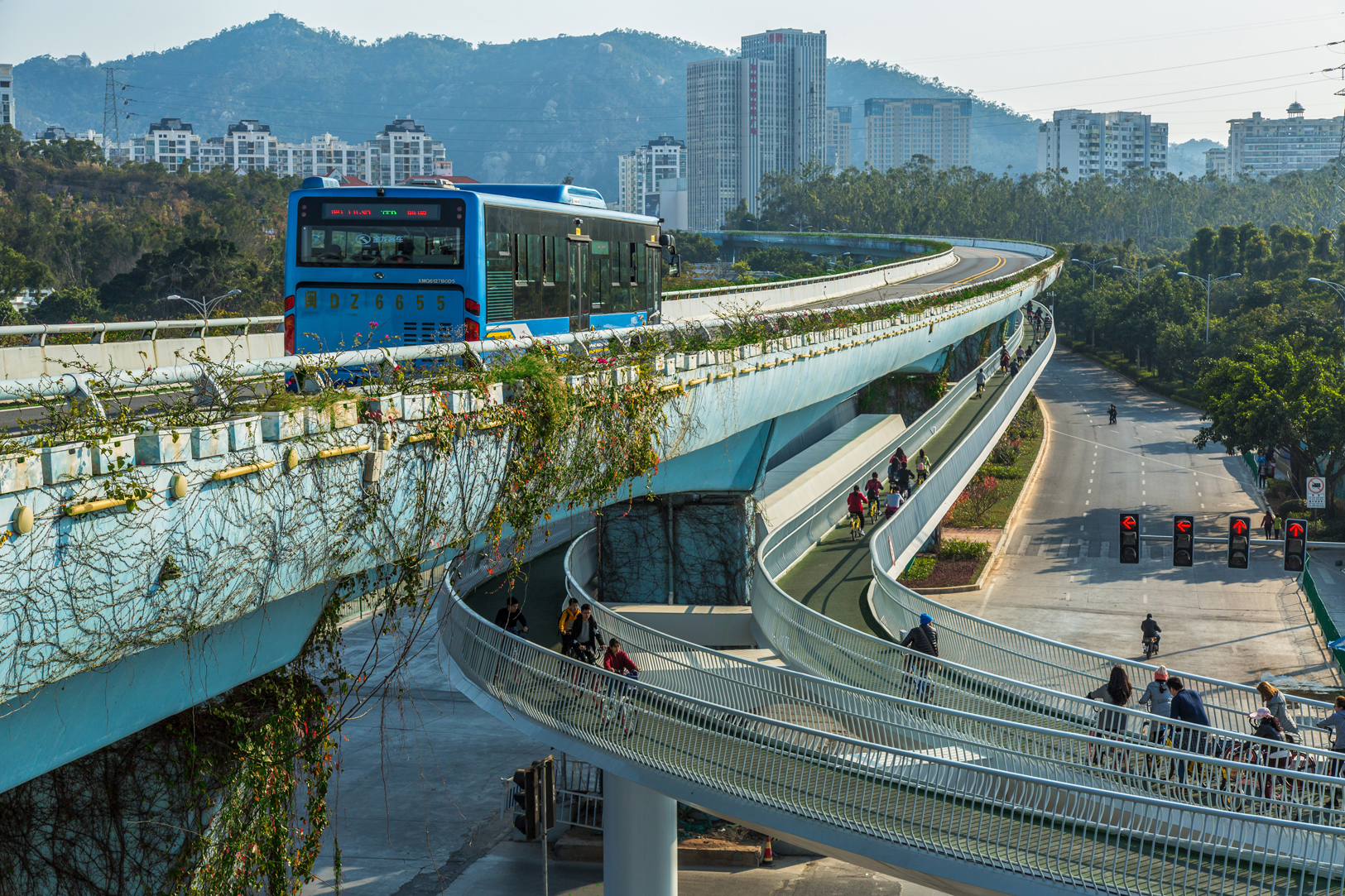 The advantages of building cycling infrastructure are many and varied – it’s a forward thinking and intelligent move for any city to make. Plenty of research shows the social, environmental, and health benefits of urban cycling. Even the economic impact is significant: maintaining and improving the Australian transport network costs the federal government an average of $27 million every working day. Additionally, the estimated costs of congestion are $5 billion per year. More bikes and fewer cars on the road will relieve congestion and reduce associated costs – it’s that simple.

But cycling infrastructure isn’t always easy to get right. It takes a highly considered approach to capture the needs of a city, and there’s one architecture firm in particular that has been consistently hitting the mark. Over the past decade, Dissing+Weitling have worked on a number of projects that have combined bicycle strategies, green initiatives and urban development. The Copenhagen-based firm’s most recognisable project is the Cykelslangen. The project was commissioned by the City of Copenhagen as the forerunner of their strategy to become the world’s best bicycle town by 2015.

This goal was set for all sorts of good reasons – promoting a healthier lifestyle by cycling to work, working towards Copenhagen being a CO2-neutral city by 2025, and, more simply, making Copenhagen a better place to live with more space, less noise and cleaner air.

The brief was specific. The Inner Harbour of Copenhagen underwent a pronounced transformation in 2006 and, although the project was a huge success, it created a predicament for riders. Cyclists, if heading to or from Bryggebroen on the eastern side of the Harbour, had to carry their bikes up or down a full flight of stairs at one end of the quayside. 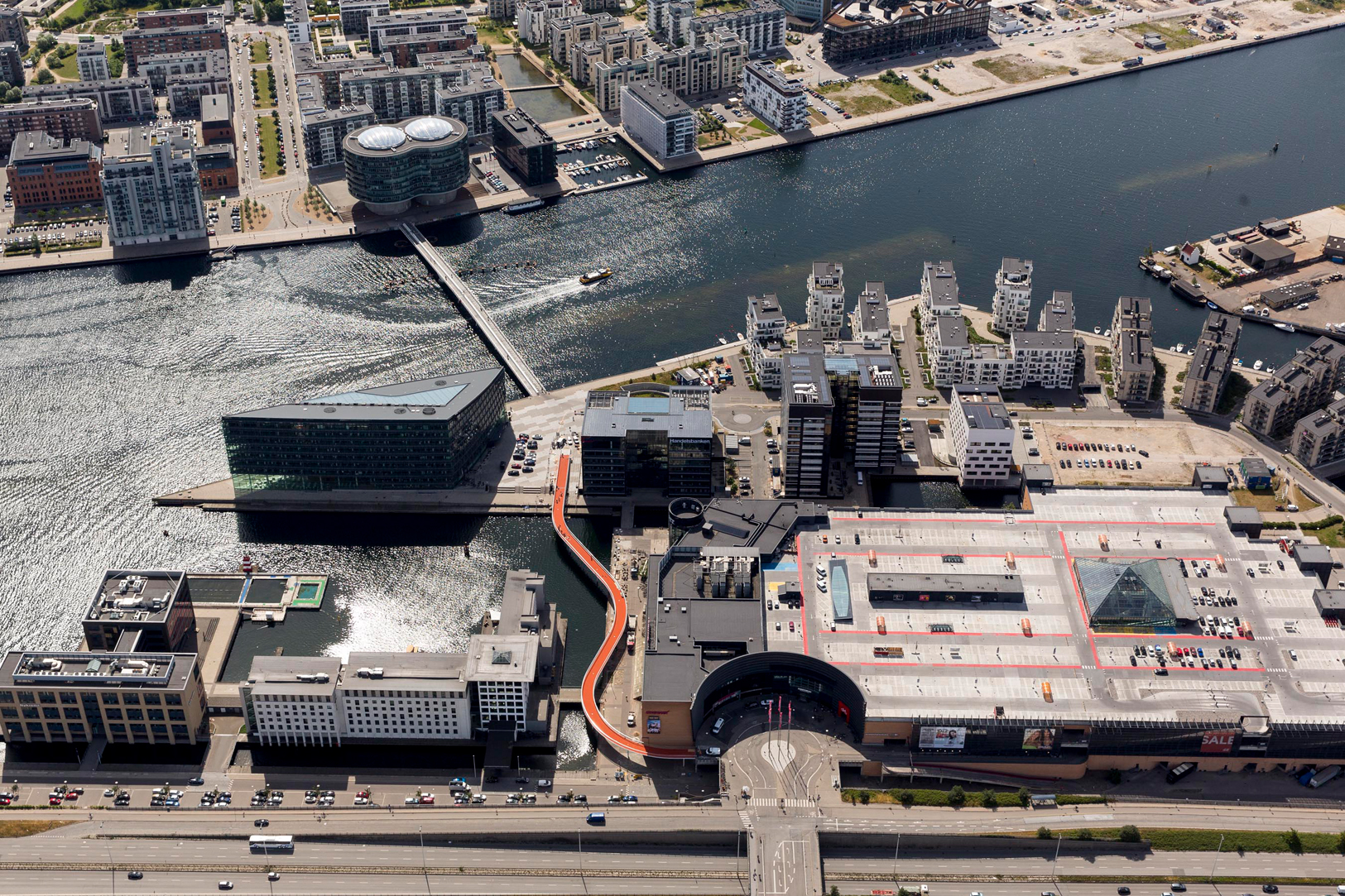 That wasn’t the only obstacle. Sharp corners and increased pedestrian traffic exposed everyone, on foot and on wheels, to unnecessary dangers. The proposal addressed this issue using a long, sculptural bridge, which separated cyclists from pedestrians. “We aimed for a slim structure, with all parts being structural, thereby reducing the visual impact. We [strove] for transparency and simplicity … the parapet is perceived as a transparent film, no modular hierarchy.

Opened in 2014, the Cykelslangen is a 230-metre long bridge elevated 5.5-metres above the quay. Used by 12 500 cyclists daily, the bright orange path is aesthetically distinct and has added obvious value to Denmark’s capital. The aerial view of China’s newly constructed Xiamen Bicycle Skyway by Dissing+Weitling is equally as striking. Five metres above ground, the nearly eight-kilometre path winds its way above a complex carpet of busy streets and businesses.

What’s most exciting about this project isn’t the fact that it’s the world’s longest raised bicycle highway, but the way it connects with surrounding public spaces and transport systems. Eleven entry and exit points provide commuters with access to Bus Rapid Transit (BRT) stations, overpasses, shopping malls and other public buildings.

“It all depends on the urban context of the city. In Xiamen, there was an obvious possibility of building a skyway for bikes in connection with the existing public transport system, an elevated BRT line that runs along a green corridor in the midst of the city’s wide boulevards. We saw the potential of using the available space there,” says Trojaborg. “At the same time, it connects to and integrates with the existing public transportation system via bicycle parking hubs in relation to the public transportation stations. It’s smart mobility.” 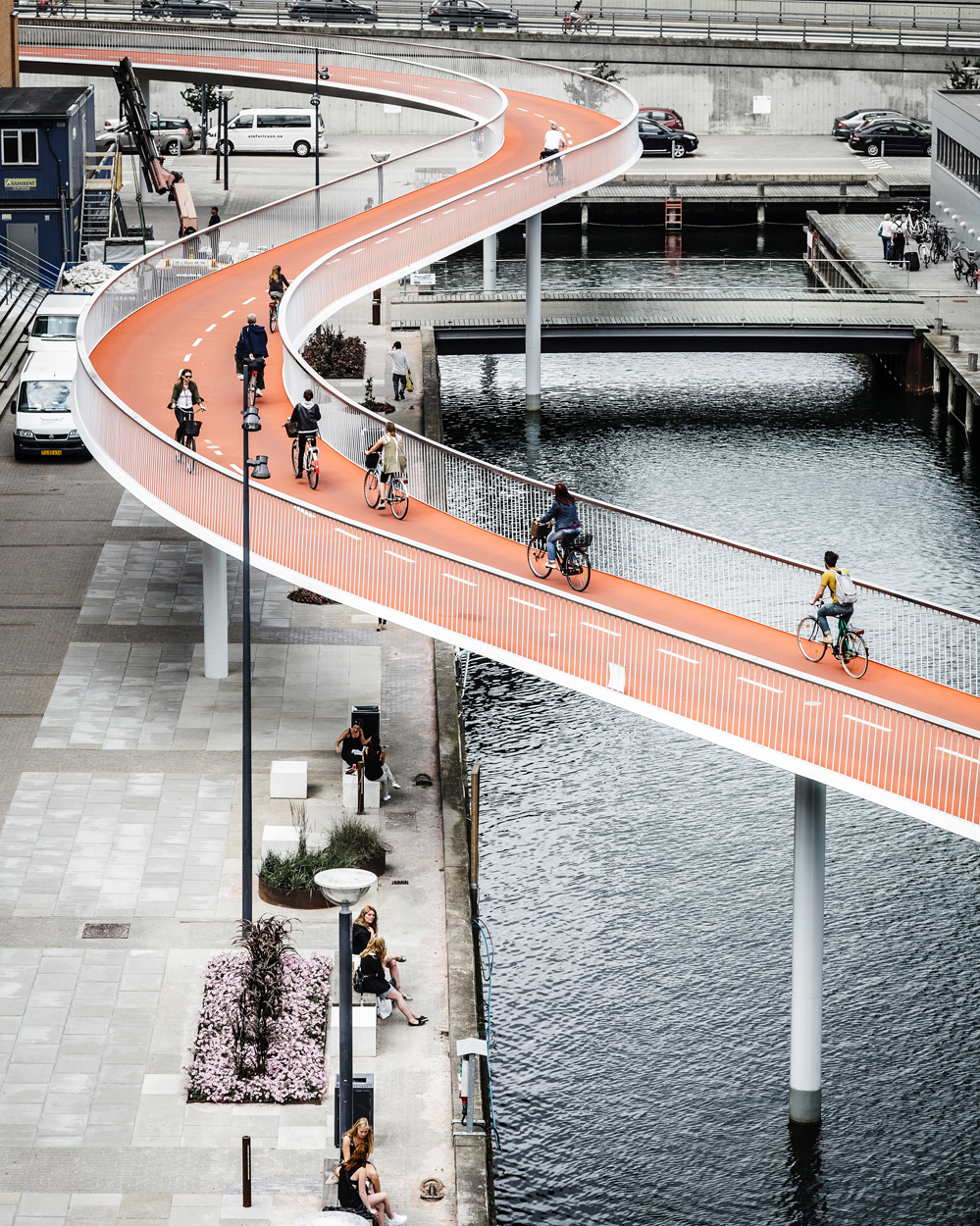 However, the architects stress that both the Xiamen Bicycle Skyway and the Cykelslangen are individual solutions to site-specific challenges. They are not an attempt to establish a system of elevated bicycle routes, or set a precedent for always separating cyclists from the ground level. “Wherever it is practically possible, bicycles should be an integrated part of the urban landscape. But sometimes, clever shortcuts like the Cykelslangen or elevated bike paths like the one in Xiamen prove to be [the] best solution for both cyclists, pedestrians and other traffic,” says Trojaborg. “Even when people are on their best behaviour, bad or insufficient city planning can create tense situations. However, clever urban planning and good design can relieve these tense and potential hazardous infrastructural situations, and create positive urban side effects.”

Solutions like the Cykelslangen and the Xiamen Bicycle Skyway not only facilitate mobility and connectivity in a city, but also add to the city’s visual fabric and enhance the vibrancy of its urban spaces. This is the type of thinking we need more of.