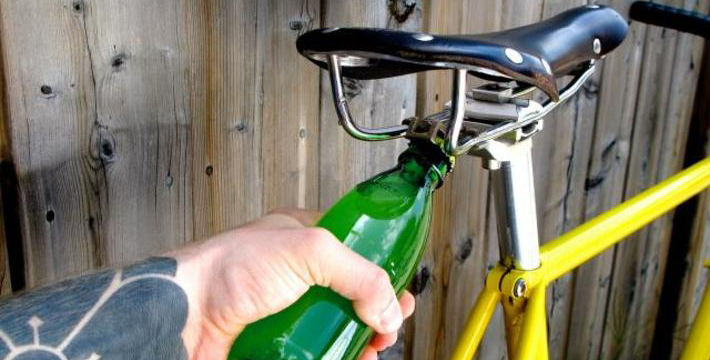 We present a selection of rather unusual cycling accessories from decidedly creative minds. You can bet we had fun with this one. 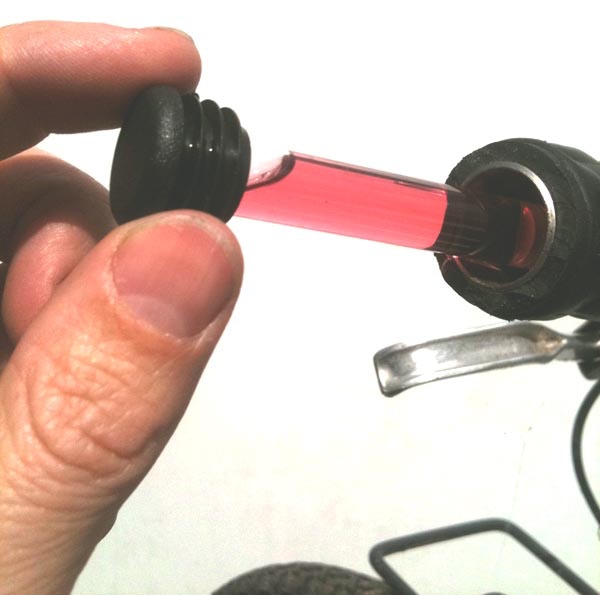 The name says it all! These are wee drink containers that pop into your handlebars for sippin’ on the go. In the words of their inventor: “I love cycling. And I’m also rather partial to cherry brandy, which is why I’ve created the Handlebar Minibar.” This invention achieved its target funding goal on Kickstarter, meaning a few people out there shared the sentiment. 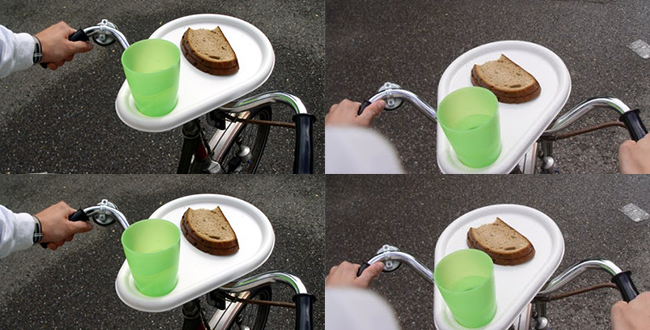 If you find yourself missing breakfast because you’re short on time, this is the thing for you! The “Bikefast” is a tray that affixes to your bike, specially created to hold your food and beverages while you’re on the go. Designed by Philipp Drexler (who clearly values the first meal of the day), the tray’s edges are raised to prevent spillage in transit. Meals on (bike) wheels, anyone? 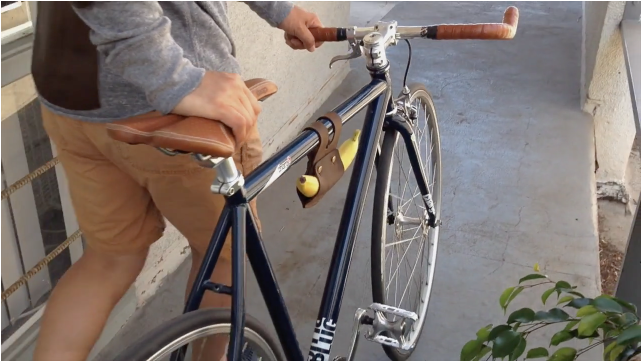 Oh, banana: you nutritious but most delicate delight. Many times you don’t survive the journey from A to B, and for that we’re sorry. Biken clearly understands this frustration and so it has created a genuine leather, made-to-order Banana Holder that attaches to your bike frame. Fruit transportation has never looked so stylish. 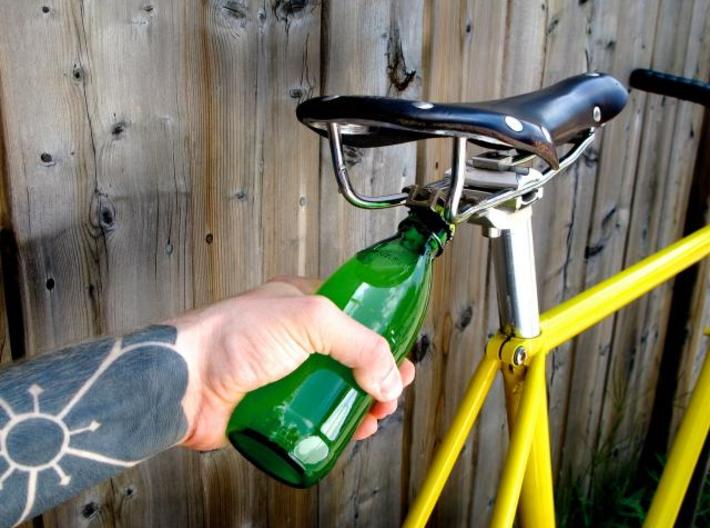 Let’s set the scene: you’re out picnicking, and when the time arrives to pop a bottle no one has an opener. Thanks to the Road Popper, your bike is now the answer! It’s a bike-mounted bottle opener that fastens to the rails on the underside of the saddle. 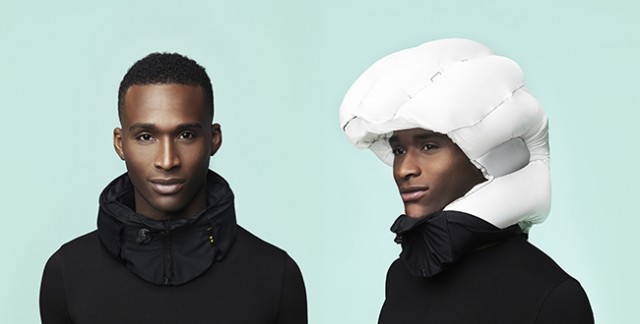 Hövding: The Airbag for Cyclists

Two Swedish Industrial Design students invented Hövding, an airbag helmet specially designed for urban cyclists. In the unfortunate event of an accident, the patented airbag contained within inflates in 0.1 seconds to form a hood that surrounds your neck and head, fixing them in a safe position.