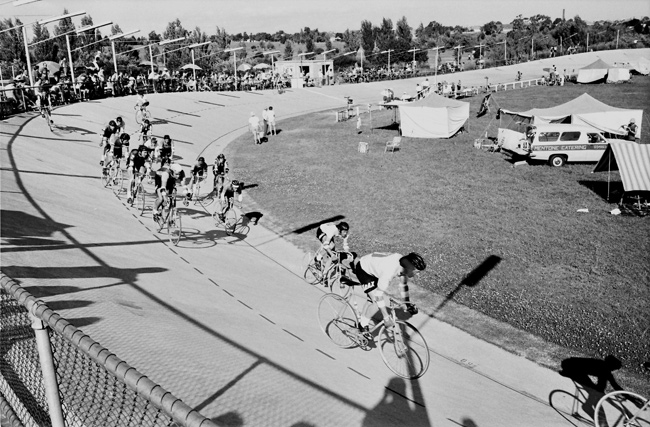 There’s a lot of romance around the track. We decided to do a story on the place the track, or velodrome, has held in Australian communities for our 11th issue of Treadlie because we wanted to share just a little of this history and help keep the romance, and maybe a few tracks, alive.  While researching our story we were fortunate enough to be in touch with the History & Heritage Commitee of Cycling Victoria.

Ray Bowles and Ken Mansell of the History & Heritage Committee found some fabulous photos for us to use. We couldn’t fit them all in the print issue but wanted to share them with you nevertheless. Maybe you’ll be inspired to find your local track and go for a spin?

The smaller and more spectacular Olympic Board Track was constructed on the site of the 333m concrete velodrome which was built for the 1956 Melbourne Olympica. Photo taken 1967 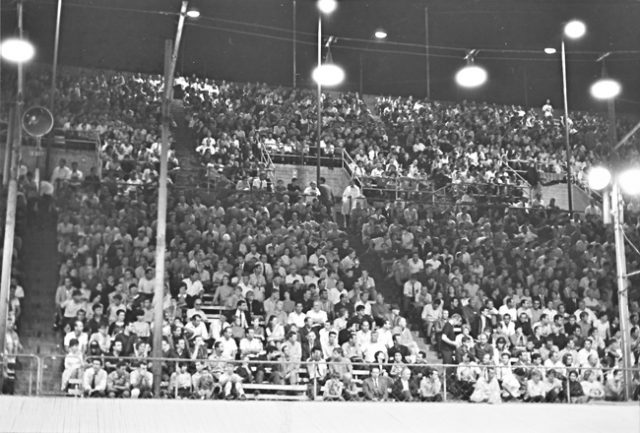 The North Essendon Board Track was seven laps to the mile (229m) and boasted very tight radius bends making it difficult to ride but spectacular to watch. It flourished from 1939 to 1957, drawing great crowds to watch overseas imports and Australia’s best track riders including Patterson and Mockeridge. 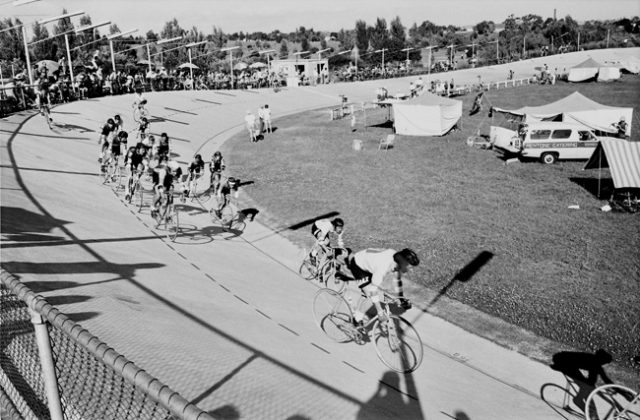 Brunswick CC’s concrete velodrome was the only venue with sufficient facilities to host Melbourne’s Saturday night racing between 1971-1974 before promoters moved to the newer and better facilities at Northcote Velodrome. Pictured here are riders racing continously throughout the heat of the day at the Tarax 12 Hour Madison in 1972. 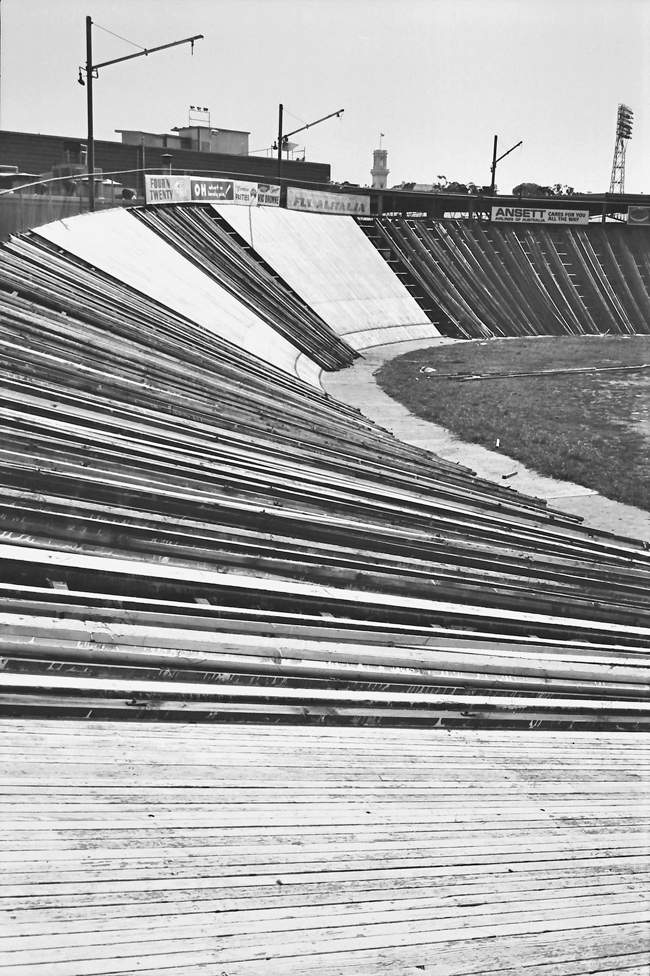 The Olympic Board Track was removed in 1971 to make way for a car park (attached to a dog track) and meant the loss of Melbourne’s only centrally located cycling venue.

You can see a list of tracks and velodromes in Australia here and a run down on Sydney’s velodromes here.

All photos kindly provided by the History & Heritage Commitee of Cycling Victoria.