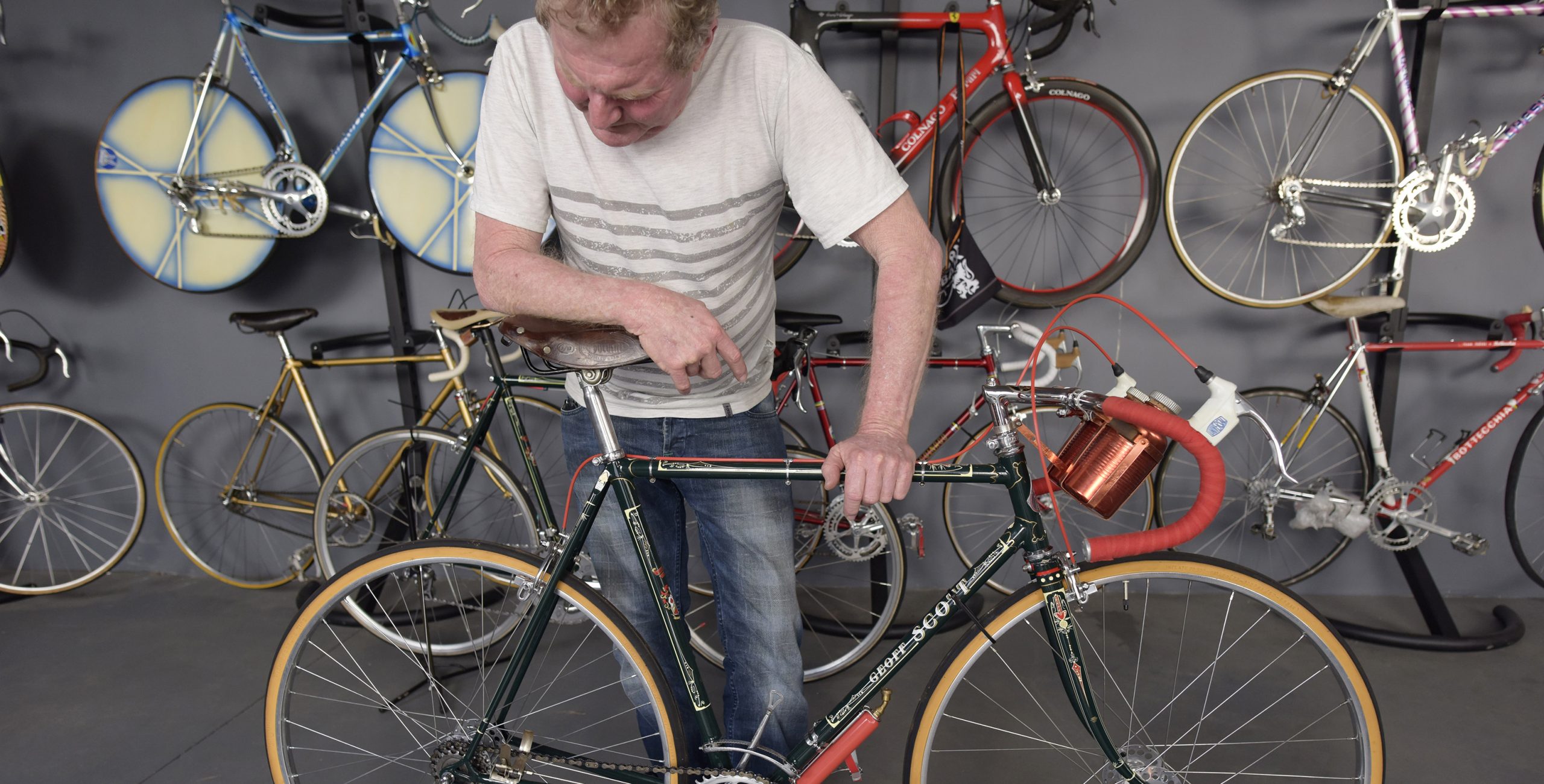 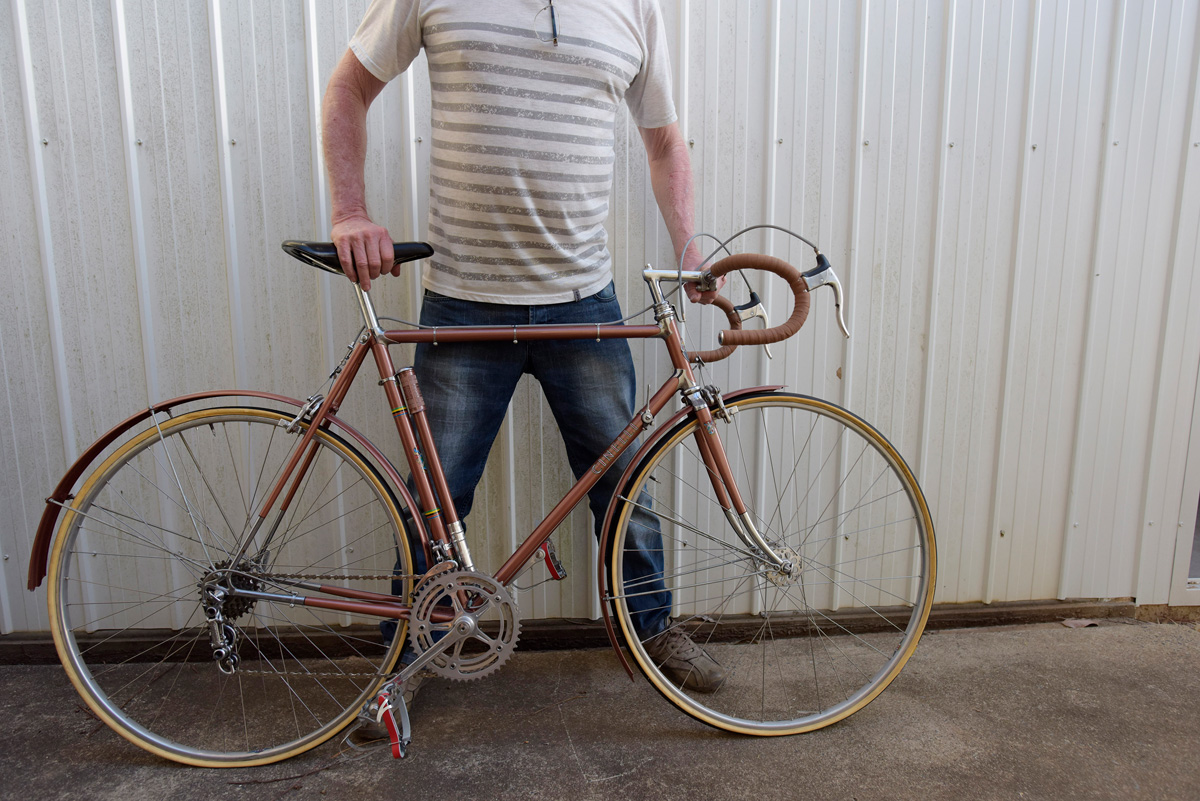 Greg Softley started collecting rare steel bicycles 20 years ago when he bought a Miyata, a time capsule from 1980 – it had never been ridden. Wanting to get fit, Greg quickly found himself hooked, but with the Miyata as his steed he also discovered the world of retro cycling.

On any visit to Greg’s workshop the first thing he’ll do is show off his latest rare piece, always with a gripping story to match. This time a 1953 Paris Roubaix changer has just arrived, still in it’s original factory packaging. Constantly on the hunt for new additions, Greg has amassed a notable collection of special steel bicycles and a shed load of matching components.

When it comes to discovering extraordinary finds Greg’s dogged determination and love of rare steel inevitably leads him to his target. His talent firmly lies in finding prototypes, earliest known examples, trade show one off’s, and special race bicycles that have been ridden by professionals. 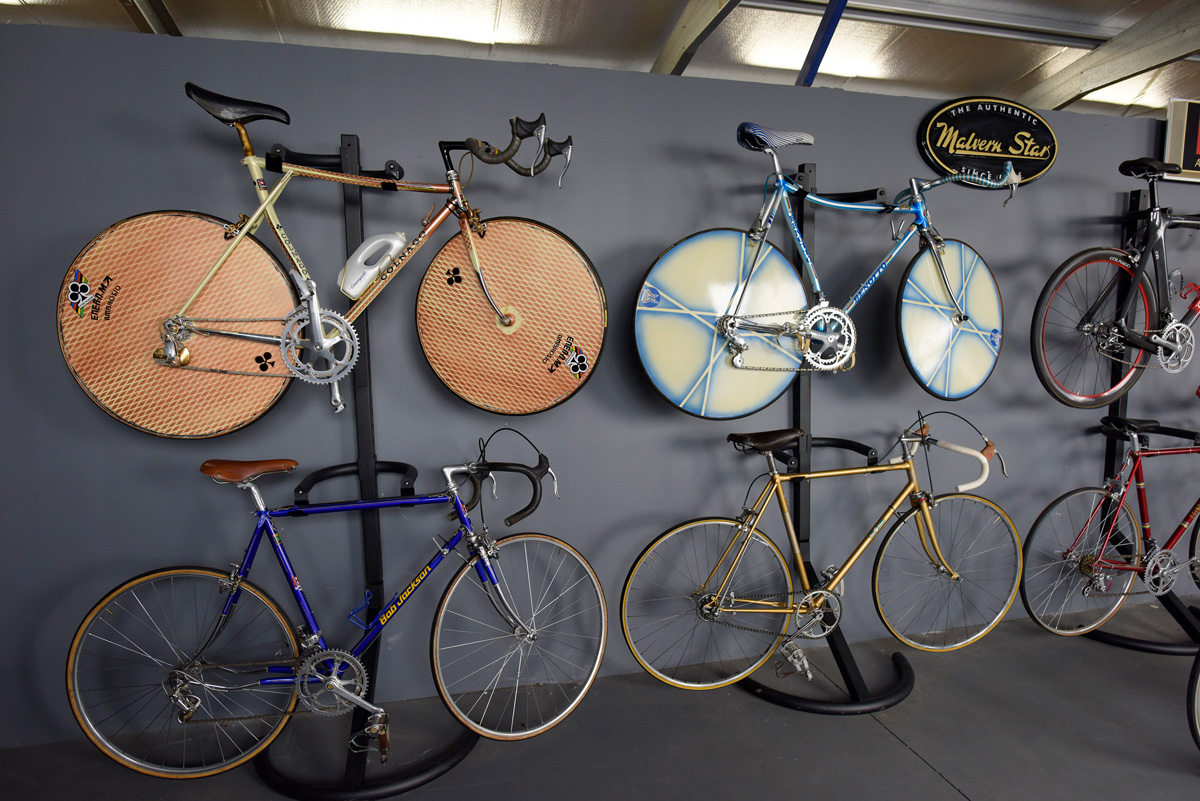 If you talk to Greg about his diverse bicycle assemblage he’ll tell you that he collects just about anything and that there is no direct focus. But if you delve deeper it won’t be long before you realise his passion for collecting is clearly underpinned by his enthusiasm for the beauty of engineering.

When asked why he collects Greg says: “It’s more the beauty of the engineering that drives my focus. It’s the engineering of the time, the current state of technological development.”

“The top-of-the-range bikes are always the ones that embrace the pinnacle of new engineering developments. I like surrounding myself with beautiful things and I see everything good in the way of design, beauty and culture in classic road bicycles.”

Greg’s love affair with bicycles can be traced way back to the days when motorcycles and cars were his focus. He has always embraced the physical relationship between man and machine, a hands-on connection he now pours into the bicycles he restores.

“It’s a physical thing,” explains Greg. I’ve always been involved in building motorcycles, repairing cars and building engines. It’s all about the journey, the build, the tactile process.”

“With bicycles they have such fine delicate materials that are so well engineered, most of them are made out of the most amazing metals as well … this is real craftsmanship. A lot of the bikes from the 20s and 30s are so beautifully engineered.”

Combining his enthusiasm and knowledge, Greg has managed to amass a collection of bicycles that charts the significant achievements in bicycle design and technology from the 1930s through to the early 2000s.

Greg also has a soft spot for northern Italian design. “One of the prime movers of this is northern Italy, the tool makers and artisans, they [took] bikes and lifted them up into the next level. That’s why I pay so much attention to the Italian bicycles.”

However, for Greg his collecting goes beyond his love of true craftsmanship. With an avid interest in history, he collects stories almost as avidly as bikes. The lives of frame builders, the everyman, elite racers, and the rise and fall of companies like Magistroni, all intrigue Greg greatly.

“It’s nice to involve yourself in the history of something and have something tactile to show as well. Every bike has a story. The more you care about it the more faithful you are to each project,” says Greg.

“With some of the earlier bikes from the 40s, 50s and 60s, the stories go deeper and are harder to unearth. Any triumphs you have are even bigger wins when you find out some information … when you source the rider or the family involved or find a reference to something.”