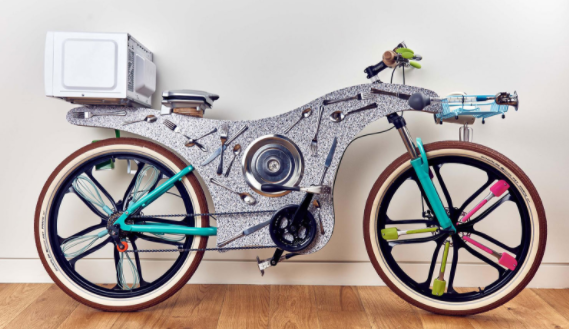 According to new research the average British kitchen has $457 worth of unused gadgets, generally totalling an average of 34 items that go untouched.

In light if this, food delivery company, Deliveroo, decided to make a fully-functioning delivery bicycle made out of recycled kitchen appliances.

Among the items used to build it are biscuit-cutters, whisks and blenders – all of which are among the least used items according to Deliveroo. The bike also features a storage area constructed from an old microwave.

However, the bike, developed in collaboration with Sean Miles and Design Works, obviously still uses standard bicycle parts, like a suspension fork, wheels, and drivetrain.

It’s an interesting idea, and definitely a conversation starter. We have to admit, we quite like the look of it.