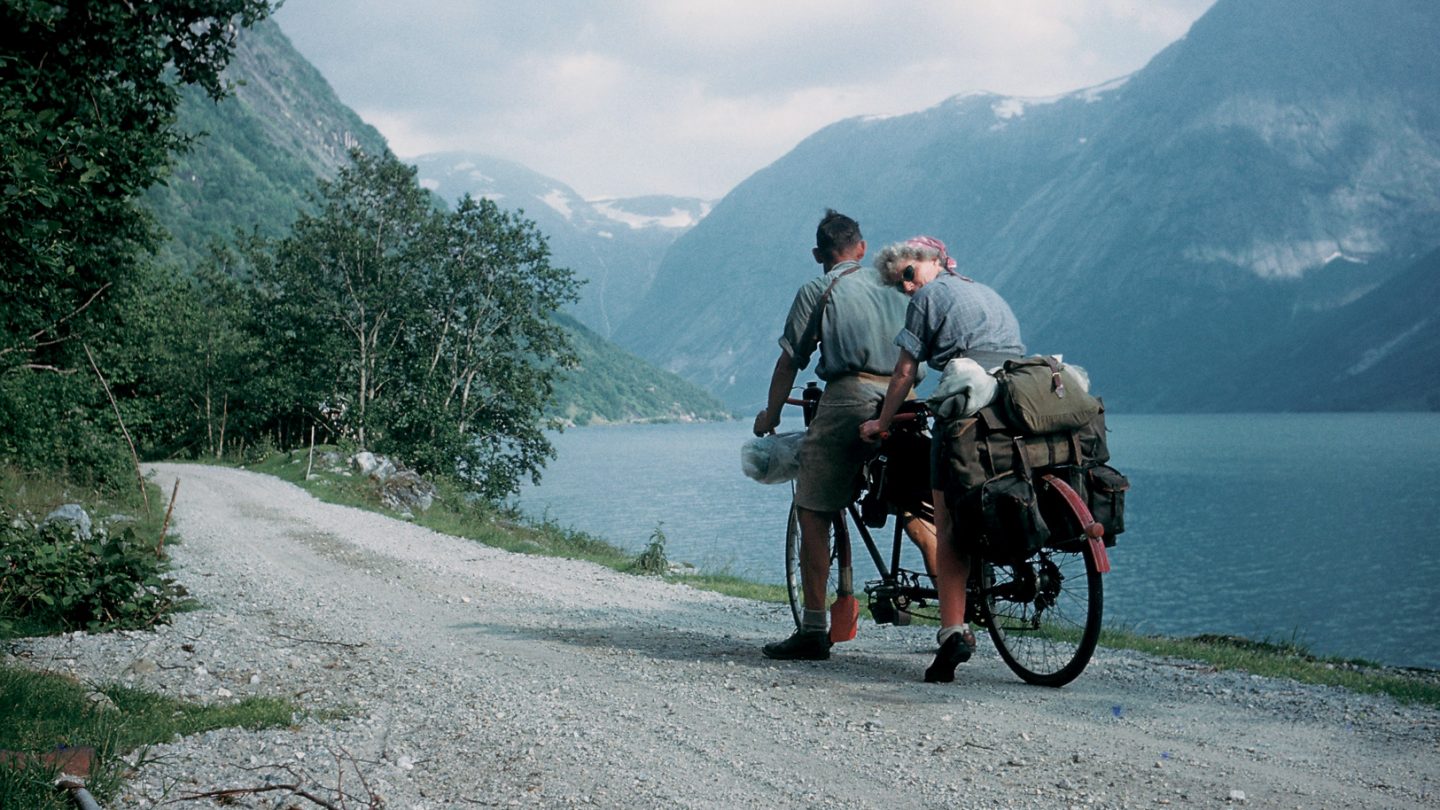 With the release of the Rough-Stuff Fellowship Archive, the storied cycling club’s incredible 65-year history has been distilled into a contemporary archival photobook, kickstarting an entirely new chapter for the all-terrain collective.

For the Rough-Stuff Fellowship (RSF), it’s always been about leaving behind the manicured path for something a little muddier. Recognised as the world’s oldest off-road cycling club, it was founded in 1955 at The Black Swan, a Leominster pub in England’s West Midlands. Since then, the group has covered a seemingly unmatched amount of terrain. From the rugged mountains of Lake District to pioneering journeys across Iceland and Nepal, no bike ride was considered too tough – even on the cumbersome steel frames of the time.

When an advert seeking an archivist ran in the club’s publication, Rough-Stuff Journal, without a response, Mark Hudson decided to put his hand up for the role. It didn’t take long for him to realise he’d thrown himself in the deep end, as once word got around that he was gathering up everything he could find, Hudson became inundated with boxes of old photographs, journals and reports.

“I had a natural interest in speaking to some of the older members because I wanted to hear their stories,” explains Hudson. “Through that process, I’d get names of people who would pass me along to such-and-such. After a few months, I started to encounter some past members who were prevalent in the club’s early days.”

Perhaps the most significant discovery in creating the archive was the work of the club’s two most prodigious photographers. Bob Harrison, a founding RSF member, had left behind dozens of wooden boxes of colour transparency slides in his dusty loft, which documented the club during its first 30 years.

Capturing the fellowship’s jovial spirit as riders took on robust landscapes, Harrison also regularly focused his lens on the so-called ‘brew-ups’ where cyclists would break for tea amid the sodden grass.

The archive also features a remarkable collection of black and white images captured by another founding member, Albert Winstanley. Photographed on 35-millimetre and medium format film, these images were found crammed into biscuit tins and hundreds of random envelopes. By the time Hudson had uncovered everything he could get his hands on, he had more than 15 000 images to sort through.

“There are a good handful or more members [who] took photos and documented a lot of stuff. I don’t know what it is about this particular club, but it seemed to attract hardened cyclists [who] were also amateur photographers,” says Hudson.

Flicking through the archive’s 208 pages, several themes and details immediately reveal themselves. Bobble hats, headscarves, and shorts or skirts appear in place of lycra and cycling caps. There’s also a nostalgic sense of exuberance carried from one page to the next, as the people photographed seem to lark about even as they push through gravel and mud. There are many river crossings and plenty of roadside repairs, but there’s always an impression that the men and women of the RSF wouldn’t want to be anywhere else.

“The technology’s changed, but people still drag their bikes through these places in the same way today. I think people appreciate that it was still being done back then, even with those kinds of bikes and clothing,” describes Hudson.

To bring the Rough-Stuff Fellowship Archive into reality, Hudson teamed up with Max Leonard, a prominent cycling writer and the publisher of Isola Press.

Alongside the photographs, the pair decided to include an array of other collectables, such as hand-drawn RSF maps and detailed post-ride reports.

One such highlight is the 1958 account of an expedition to Iceland, which saw four RSF members become the first self-supported group to cross the desolate interior mountains. The excursion’s original images have gone missing, but Hudson was able to track down some rare copies. Another gem is the original call-out for founding members that was placed in a 1954 edition of The Bicycle magazine; it sought cycling enthusiasts who preferred the rough path to the “billiard-table surfaces of modern tarmacs.”

“We like to think we picked out the cream of the crop and hopefully left people wanting a bit more. There’s at least potential for another book or two,” says Hudson.

Over the last couple of decades, the RSF’s membership has hovered around 600. But with the release of the archive and the fervour it created on Instagram, membership has flourished to over a thousand people for the first time since cycle touring’s heyday in the 1980s.

The Rough-Stuff Fellowship Archive explores the club’s first 65 years, but with a newfound endeavour, it undoubtedly has countless more places to visit and stories to tell.