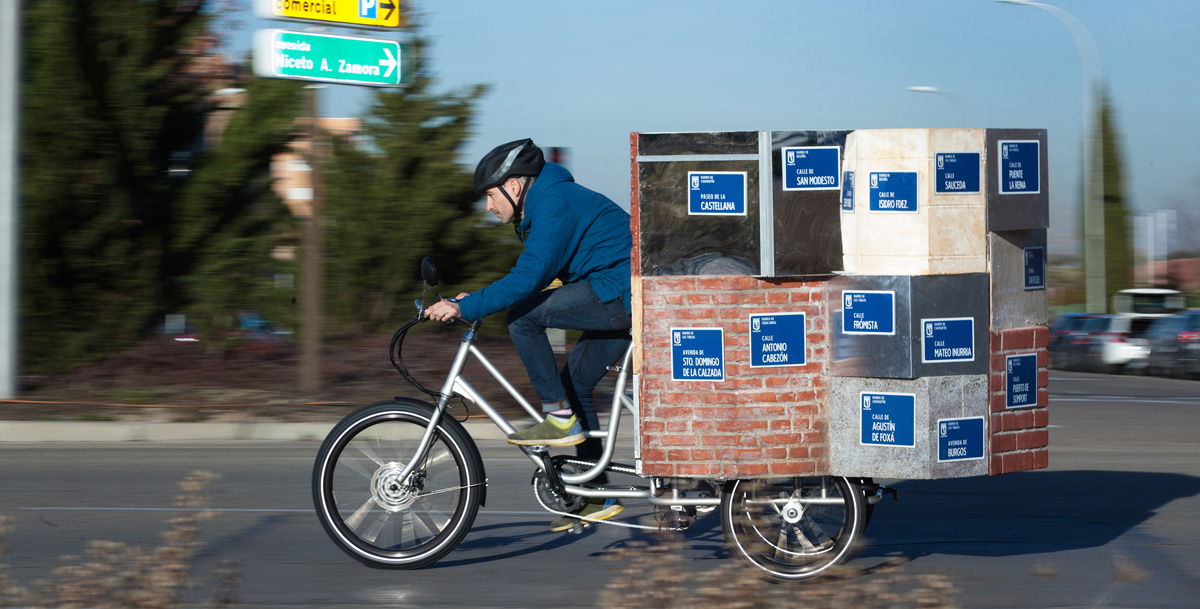 The PlazaBike is part art installation, part architectural provocation and all bike. Inspired by “the potential of the bike to transform cities”, it was conceived by KUNE Architecture Office to trigger thought about the urban development of Madrid, Spain.

“[The PlazaBike] was created with the purpose to convert an ambitious and intangible urban development [into] something close and domestic,” KUNE explains. Here, the familiar form of the bike (in this instance, a three-wheeled one with a rack fitted at the back) carries decidedly unusual cargo: street corners from around the city, fashioned into a storage space.

When asked what inspired the PlazaBike, KUNE elaborates: “While most of urban planning developments are presented in large meeting rooms, this one, in form of a bike, goes out to the streets, creating a meeting point in the public space, looking forward to [sitting] and [having a] dialogue with the neighbours.”

“We thought that a bike is the perfect element to create what we wanted; an urban trigger and a public space on the move.”

Compellingly, the mobile PlazaBike achieves what was previously physically impossible: connecting streets from across the city in one place. It may be a riddle that writes itself, but it’s also an interesting experiment in unifying a large, varied urban environment like Madrid.

“We believe that bicycles are not only vehicles, but also urban tools that allow us to enhance the use and the perception of the city,” KUNE notes. We thoroughly agree.