Italian for witch, the Strega’s name was the brainchild of SRAM/Juliana team rider, Anka Martin, who helped test and develop the model on the alpine trails of Triora, Italy, the home of the last European witch trials.

This launch is a big statement for Santa Cruz. It’s the first time they’ve led their releases with a bike from the Juliana line instead of the men’s line, and with the Strega being one of the longest women’s travel mountain bikes on the market, they’ve officially become one of the first manufacturers to step into the ‘big bike’ space with a women’s model.

The bike itself is stunning. The full carbon frame comes with a lifetime warranty and is painted “Wicked Witch of the East” green in the brand’s fully saturated, matte finish, and features intricate gothic detailing.

The lower-link mounted shock creates the most progressive VPP platform in the Juliana line-up. That means there’s a consistent feel throughout the shock stroke—the kind of feel you’d expect from a DH bike. And even with a gravity-oriented 65-degree head angle, Strega’s geometry still delivers a ride that’s as spellbinding on big trail days as it is on big park days.

According to Santa Cruz “Juliana is founded upon a drive to meet the demands of the most committed female outdoor athletes. We’re not afraid to see where that leads us, and the Strega proves that sentiment. It may be the most niche bike we’ve ever produced, but those who know, know that the wickedest of good times lie out there on the fringes.” 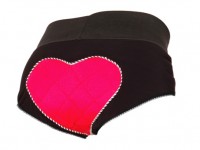 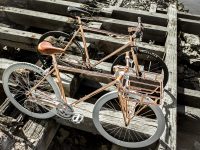 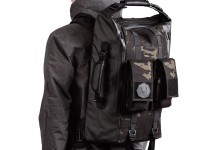