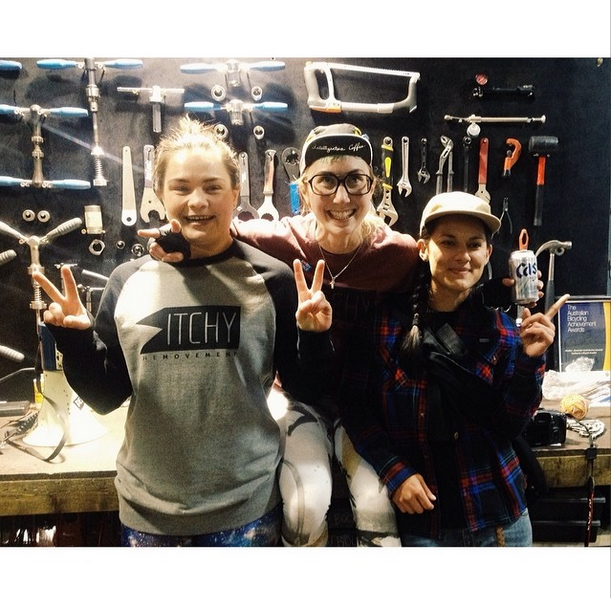 It was tough night for the ladies, having to choose between mud over at the Dirty Deeds CX  Prologue or the lure of the streets. Velo pour femme attracted a range of riders reflecting the diversity of cycling in Melbourne and around Australia, from the Itchy the Movement fixed gear crew to a woman who had never ridden at night before and two sisters racing on the step throughs their parents had bought them.

All participants received a prize from an enormous swag of prizes donated by generous sponsors, including several Treadlie musettes, tees and subscriptions, a beautiful hand-crafted leather bag from Patebury and a sweet little fixie from Pony Bikes. In addition there were of course prizes for first, second and third as well as DFL and numerous spot prizes on the night.

Standing on the podium at the end of the night were Megan in 1st place, Simone in 2nd and Melodee in third. Both Megan and Simone were racing as part of the Itchy the Movement team. Honourable mentions must go to Romy Tait Hoffmann who came 4th after having her wisdom teeth out the day before and Sara Loreli coming fifth with her bandaged wrist.

There were flat tyres and the occasional excursion to the wrong suburb, beers, food and music, but most of all there was an evening of fun and good times for a diverse range of women having fun on their bikes. Congratulations to Pony Bikes and their team for putting on another awesome event for women!