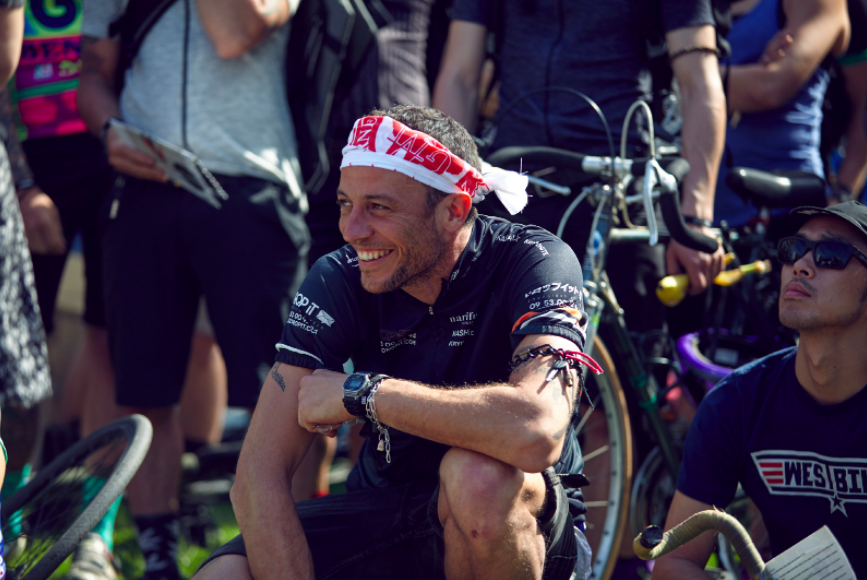 It’s an exclusive club that meets once a year in a different international city.

Every year bike messengers, or couriers, from around the globe get together for the biggest contest ever, the Cycle Messenger World Championships (CMWC).

The event invades a different city each year, giving messengers from all over the world the opportunity to discover new places, meet other couriers, make new friends and re-unite with old ones, all the while competing in competitions which test the skills they’ve honed in their working lives.

Besides the actual competition itself, messengers came to hang out, share their experiences, discover the city and mingle together.

Locals hosted participants during the championships and often longer as some visitors stayed on to travel. It’s a truism of the community, which uses the hashtag #messlife, that as a messenger you’re never alone when you travel.

You’ll find a friend in every city and the CMWC serve not only to test urban riding skills but to build relationships. A favourite pastime among messengers in 2015 was playing dice, either on the ground or on a table.

Guys could spend hours trying to win just a few dollars but, more importantly, it was a chance to hang out together. Solidarity is key to messlife. Hence, the open forums organised at the close of every CMWC.

These open debates allow everyone to debrief after each event, stay in contact and constantly try to improve their daily life as couriers while building bridges between countries, especially when they have common clients.

Being part of the messenger community is a real privilege. It’s an amazing way of experiencing what it means to be a courier and understanding the work.

Each city comes with its own set of rules, so what better way for a courier to improve their knowledge of the urban environment than to travel the world and tackle new city streets.

This year’s CMWC is being held in Montreal, register here: cmwc2017.com

This article originally appeared in issue 17 of Treadlie