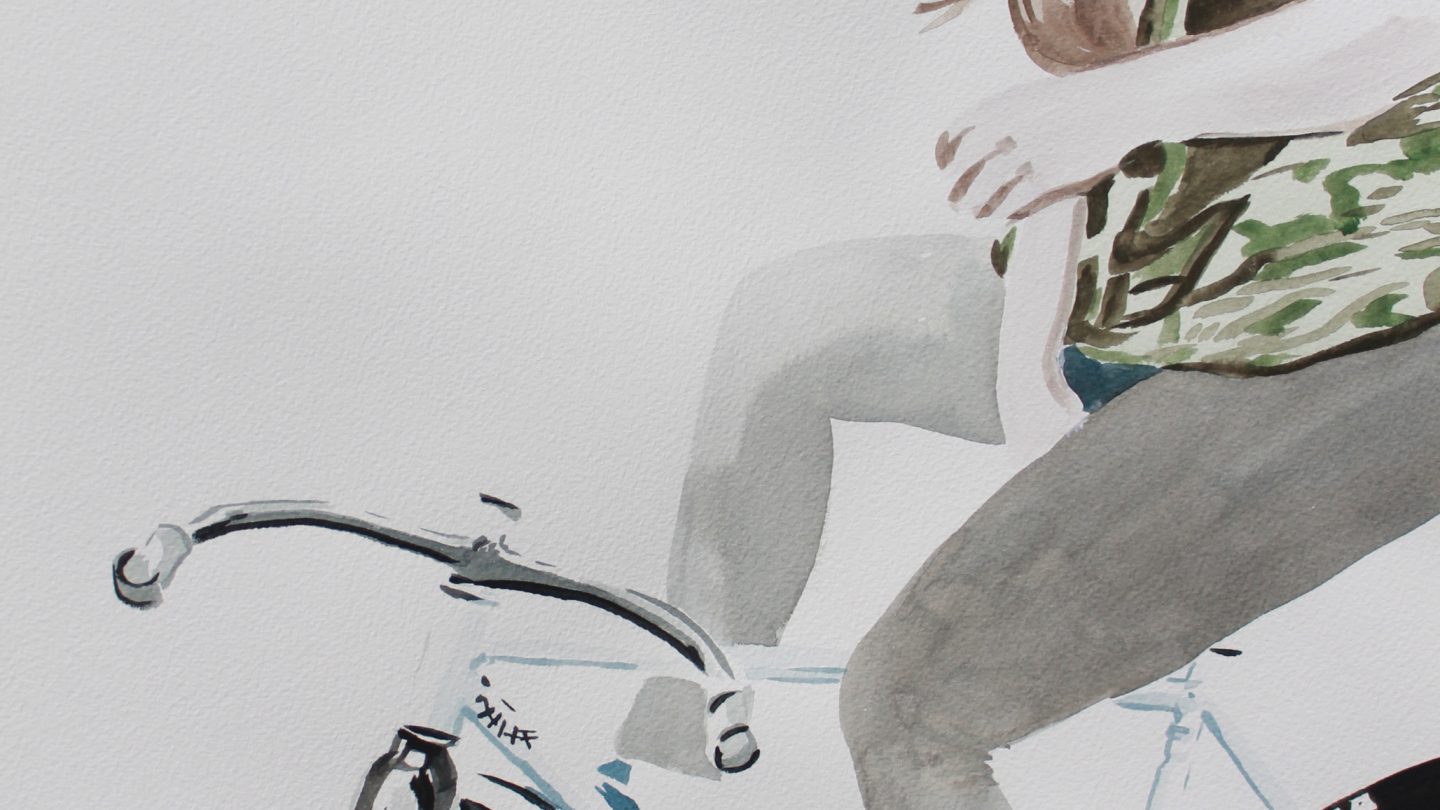 Brisbane artist Daniel Brock used to be a runner. He’d tell his cycling mates “I’ll ride a bike when I can’t run any more”. True to his word, he finally got a road bike after a knee injury spelt the end of his running days. Daniel loves that the bike keeps him fit(ish) and that he can commute into the city quicker by bike than on the train but mostly, being an artist, he just loves the way bicycles look.

It was only a matter of time then before bicycles made their way into Daniel’s work. “I love painting, I love riding, so I paint bikes.” says Daniel. cycling illustrations by Daniel Brock is an exhibition of paintings, opening Friday March 21st at Jugglers Art Space in Fortitude Valley, Brisbane. The paintings are mostly acrylic on paper and there are forty in all.

Like many cyclists Daniel loves his Instagram feed and all of his paintings are based on photos posted by bike riders from all over the world. “From the Taipei Fixie crew thru to the guys at Glowing Bike in New York, everyone is stoked to have their image painted and I have met some really great people doing this.” explains Daniel. And what does Daniel ride? “I have a mid 90’s Specialized Allez 9 speed (with the old style font). I also have a fixed gear built on a dragster frame.”