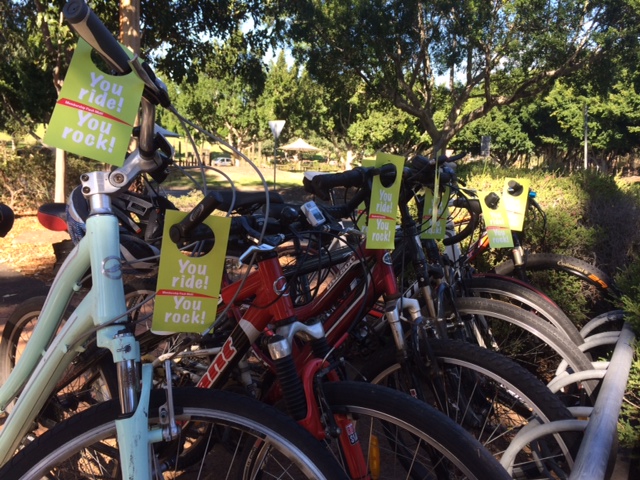 Bicycle NSW plan on sending a great BIG “thank you” to every bicycle rider in NSW over the next four days. Bicycle NSW is thanking all existing rider across the State and wants to encourage more people to see the multiple benefits of bike riding. “From Ballina to Batemans Bay our Flash Mob is mobilising to thank bike riders.” says Jon Leighton.

As the peak body for non-competitive bike riding in NSW, Bicycle NSW believes strongly in the positive contributions that the humble bike and their rider are making to the community. “ The humble bicycle is an affordable and accessible solution to many chronic conditions diminishing our productivity and growth, and we want to celebrate and thank the bike riders who are positively contributing to the solutions,” said Jon Leighton, President of Bicycle NSW Board.

With Sydney road congestion ranked as the seventh worst in the Western world, Sydneysiders can spend an extra 40 minutes in their vehicles for each hour driven on choked roads. The flow on effect to lost productivity and mental stress caused by this congestion is felt by everyone.

Next time you see a cyclist applaud their contribution to making our roads and health system less congested.