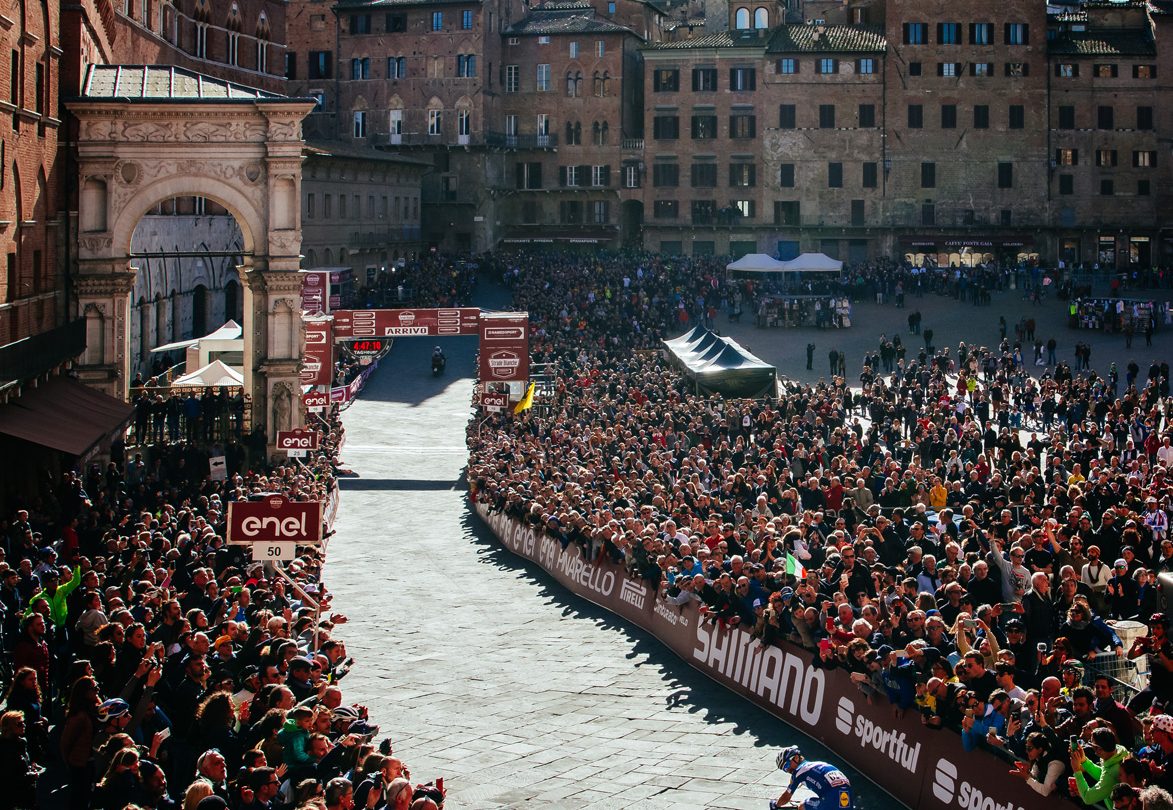 Photographer Ashley Gruber travels the world chronicling cycling adventures and the wonders of the great outdoors.

Travelling around the world, flitting from one cycling event to another is a life of which some may only dream. For Ashley Gruber, it’s work: and the American-born photographer spends around nine months every year doing just that. Ashley’s lens leads her to the world’s most iconic races, roads and trails – and if you’re not wowed by her yet, you soon will be.

Despite what her obvious talent and remarkable portfolio might suggest, Ashley didn’t always aspire to become a photographer. During a year abroad in Innsbruck, Austria while at university, Ashley and her husband, Jered started writing about and photographing their bike rides to keep their families in the loop. It was a chance interaction that inspired the duo to take it further, shares Ashley: “In 2009, a friend via Facebook (that neither of us knew) contacted us to say that he believed that we had potential to be good photographers, a thought we had never considered before. The next year, I took my final exams a few weeks early to be able to shoot the Tour of California – my first race as a ‘professional’ photographer. I’ve been photographing bikes and outdoor life since then.”

Ashley’s introduction to cycling had also come later in life, through fellow photographer and avid cyclist, Jered. He gave Ashley her first bike, and helped her find her feet as a photographer: “Initially, I was a student of Jered, … on not only the bike, but also with the camera,” Ashley remembers. “Over the last decade, I’ve come into my own as a cyclist, and a cycling photographer.”

Indeed, Ashley’s Instagram feed is proof – awash with colour, movement and plenty of impressive vistas. Snaps from France, Italy, Iceland, Norway: Ashley’s photography will entrance you (and leave you wondering how there’s room for any more stamps in her passport). “I’m in the very fortunate position to travel around many of the world’s largest bike races as a photographer, and the best feeling in the world is riding to our hotel for the night from the press room,” Ashley reflects.

It took a few years before Ashley and Jered took on the Tour de France. Photographing such a major event, they found, was majorly demanding: “The first few years were pretty jarring – more mentally than anything else,” Ashley recalls. “The last few years, though, perhaps we’ve adjusted our expectations and have a little more experience. It’s the only place I want to be in July, even though it is incredibly challenging.”

When she’s not working on the road, it’s likely you’ll find Ashley riding one herself. Perhaps it’s this personal connection that makes her photography so special; the sense that she truly loves what she does. For Ashley, photography is a way to share the joys of cycling, too: “I love that photos promote bikes, because I believe that riding is one of the nicest ways to experience and interact with the world.” At the risk of editorialising, this is most definitely true.