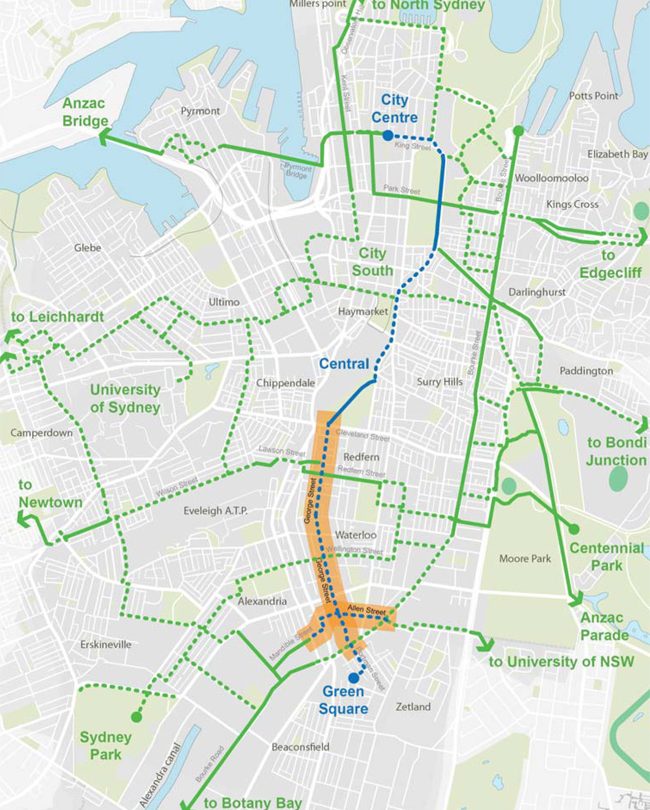 Work is underway in the next link to Sydney’s planned network of cycleways. Expecting 22,000 new jobs and 40,000 new residents by 2030, Green Square is set to be Sydney’s fastest growing area. The George Street bicycle link will connect Green Square and residents of Waterloo, Alexandria and Redfern with the city centre and provide a congestion free option for commuters.

The design was prepared in consultation with the Roads and Maritime Services, State Transit Authority, Redfern George Street Fire Brigade, the Department of Housing NSW and surrounding residents and businesses.

Key points of the design include;