The City of Sydney’s “Give Yourself A Lift” campaign aims to take pressure off public transport services in the Green Square area by promoting the benefits of riding a bike instead.

Posters at busy bus stops in one of Australia’s fastest growing suburbs will show locals the time and money they would save by switching from bus to bike.

Lord Mayor Clover Moore said the campaign, which was part funded by the State Government, would encourage local residents to consider riding a bike.

“Riding a bike is a cheap, healthy and often quicker way to get to work – and every person on a bike means more seats available on crowded public transport or space on the roads for people who need to drive,” the Lord Mayor said.

“In Green Square we’ve built brand new streets, like Geddes Avenue and Paul Street, with safe separated cycleways built in, along with shared paths and low-speed streets so new residents can walk and ride as soon as they move in.”

“Green Square already has some of the highest numbers of residents riding to school, work and their other day-to-day activities, and we hope this campaign will encourage more residents to get on a bike.”

The City of Sydney completed the two new separated cycleways on Paul Street and Geddes Avenue late last year. The routes will connect the new town centre plaza to local areas, and include new street trees and garden beds.

Local resident Michael Bradfield is among the growing number of people commuting to work by bike.

“I definitely see more people riding in the area. With more infrastructure going in, it’s getting easier for everyone to ride a bike and it’s really convenient.”

“If I have a meeting in the city it is easier to zip in by bike than go by car or public transport. I love getting around Sydney by bike.”

The “Give Yourself A Lift” campaign includes a mini bike festival in Joynton Park on Saturday 24 March, where locals can meet their neighbours, spend time outdoors and enjoy some street food.

The event features garden games, an outdoor chillout lounge, and a ‘try a bike’ session where rusty riders can test different kinds of bikes for free.

Join the City of Sydney’s popular confidence-building cycling course on the streets of Green Square. Develop the skills required to be an effective bike rider in Sydney. $20, book online.

Bring your friends and family for a fun evening in Joynton Park with garden games, a chillout lounge and a selection of bikes to test and ride. The first 150 people to ride will receive a free bit to eat from the Nighthawk Diner food truck. 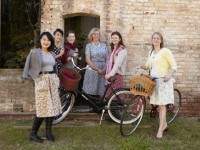 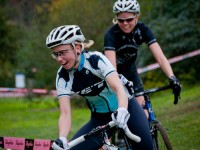 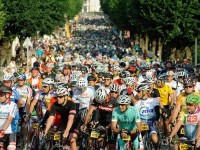