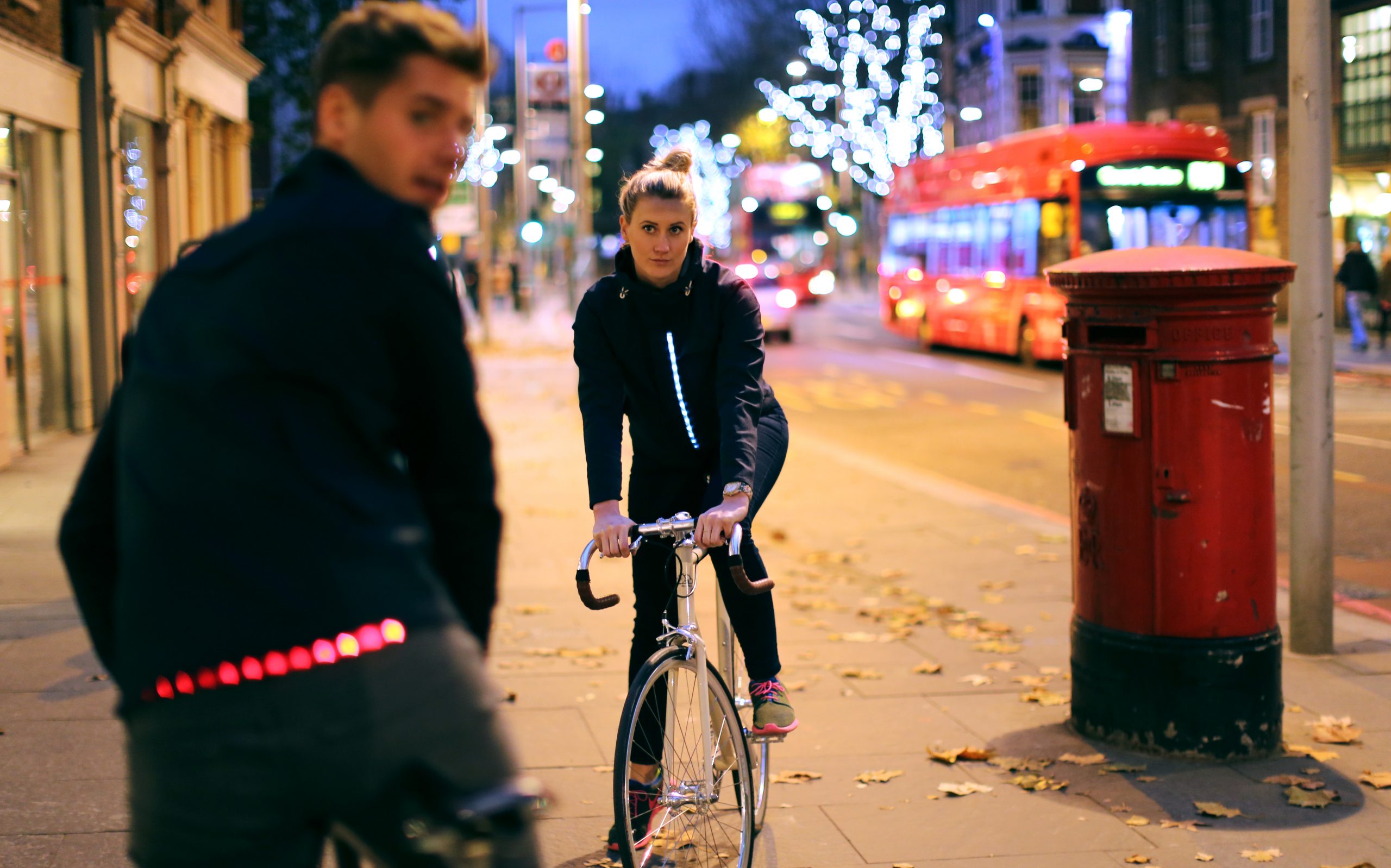 LUMO’s Herne Hill Harrington takes the form and spirit of classic British outerwear and kicks it up a notch with 21st century innovation to keep cyclists as safe as they look stylish.

This Harrington jacket is named after Herne Hill Velodrome, the only venue in use from the 1948 London Olympic Games and one of the oldest tracks in the world. In a thoroughly British gesture, its title is also a tribute to one of LUMO’s favourite London pubs which was damaged in floods in 2013.

The Herne Hill Harrington is available in both men’s and women’s fits, is water-resistant and is crafted from a Gabardine cotton twill – but what truly sets this jacket apart is its seamless integration of wearable technology. LUMO Glow LED lights line the placket and rear hem of the jacket and are visible from up to 400 metres away. They have two settings: a high-energy pulse and low-energy flash, plus they’re USB rechargeable.

It gets better: you can safely rely on this technology because LUMO says their LEDs have a six to 14 hour operation time. Last but not least, they’re also fully waterproof and washable. Who said safety and fashion were mutually exclusive?