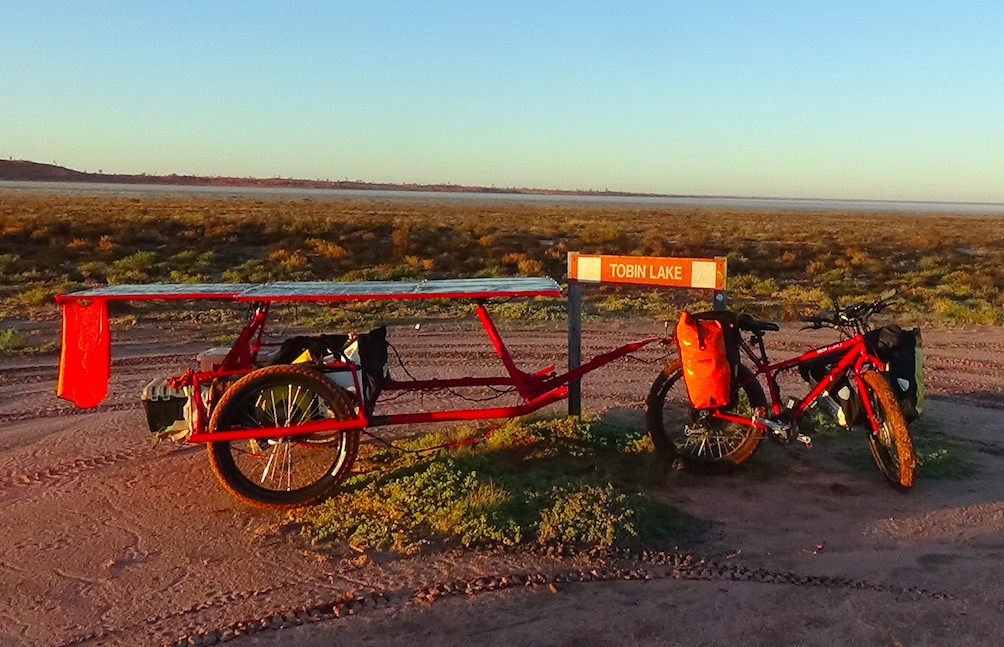 Sam Mitchell began his journey is Sydney, riding his bike – with trailer attached – to Alice Springs and onwards across the Tanami desert to Halls Creek, traversing 4,000 km in total, much of it across soft sand.

The track wends its way between Halls Creek in the Kimberley to Wiluna in the mid-west of Western Australia, crossing both the Gibson and Great Sandy Deserts.

His feat was more than a savage trial of physical and mental endurance and proved the power of the sun could transport a vehicle and rider through country so demanding that most travellers tackle the track in four-wheel-drive convoys for safety.

According to Brad Atwal, of World Expeditions, who sponsored the Award, Sam is a great example of the power of the individual to push out personal boundaries and take on huge challenges.

“Sam is to be congratulated for his courage and determination in completing the challenge he had set himself,” Brad said. “He’s a champion of sustainability and a dedicated seeker of adventurer.”

Sam is no stranger to taking on epic challenges. In 2013, on his gap year, Sam cycled 18,000 km around Australia on a solar-powered tricycle he had built from scrap and, in 2015, he competed in the World Solar Challenge through the Australian outback.

A student of Renewable Energy Engineering at the University of NSW in Sydney, Sam wants to be part of a solar powered solution to the energy crisis.