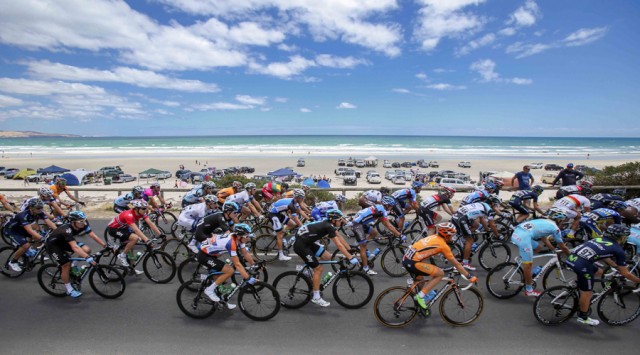 The Santos Tour Down Under has been awarded as South Australia’s best event for the fourth time, after winning the category for best Major Festival and Events at the SA Tourism Industry Awards earlier this month.

Having previously won this award in three consecutive years from 2009 to 2011, the Tour edged out stiff competition from popular arts and culture festivals WOMADelaide and the Adelaide Fringe to claim the 2017 trophy.

As Australia’s only UCI WorldTour stage race, the Santos Tour Down Under continues to grow South Australia’s profile through national and international coverage of the elite male and female cyclists racing through the state’s suburbs and regions.

In 2017, a record 840,000 attended the event – with 43,000 of those coming from interstate or overseas. The event also injected $56.5 million into South Australia’s visitor economy and generated the equivalent of 683 full-time jobs.

Anticipation is building for the 20th edition of the Santos Tour Down Under in January 2018 with international stars like world champion Peter Sagan and previous winner André Greipel set to return.

The Bupa Challenge Tour will also provide the public their chance to hit the bitumen during the Bupa Stage 4 from Norwood to Uraidla, With the event’s most popular jersey offered to participants.

The Santos Tour Down Under will be held in Adelaide and surrounding regions from 13-21 January 2018.

Check out some of the associated events here.