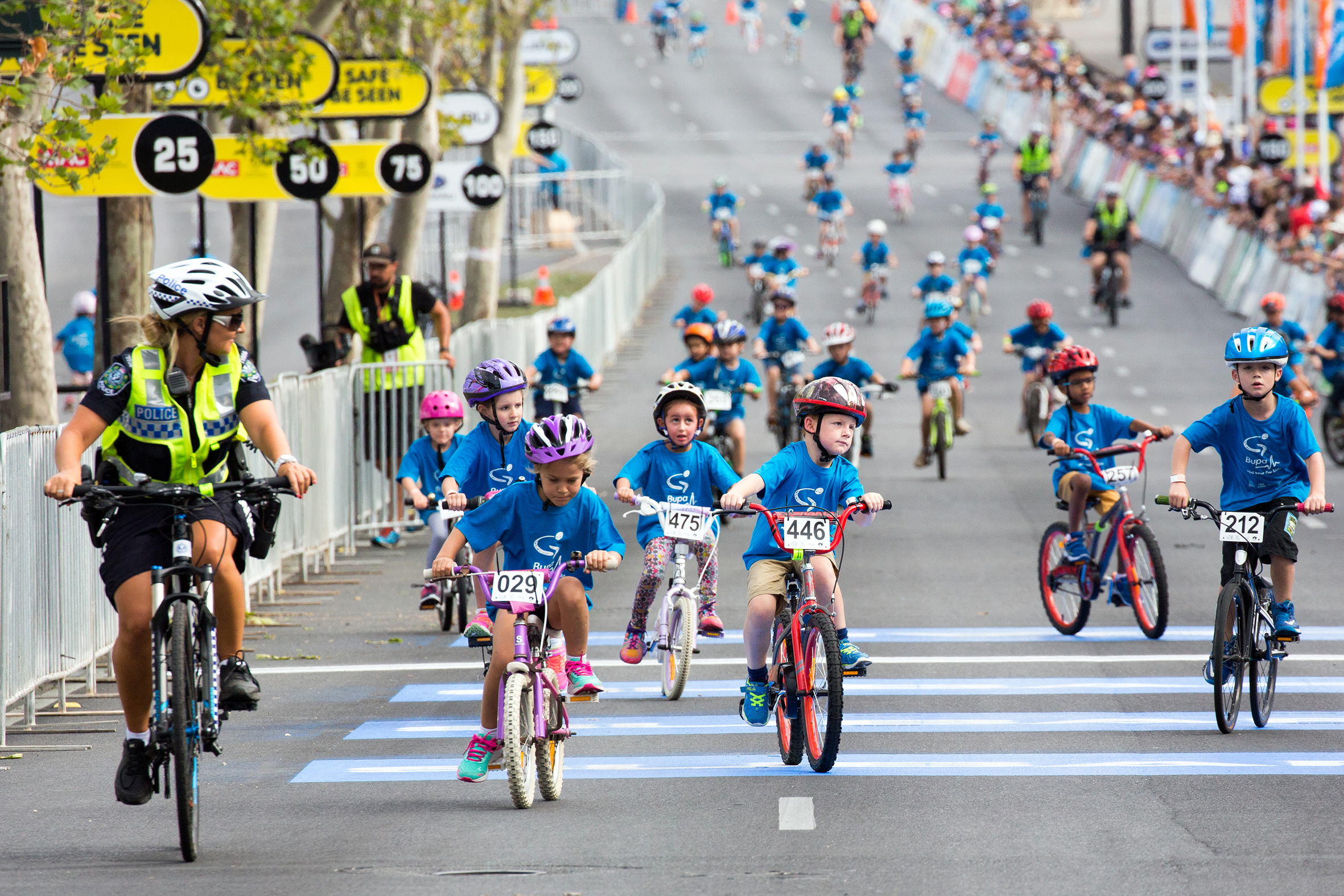 As the first stop on the world cycling calendar, the Santos Tour Down Under kicks off the cycling year in exhilarating style. But not everyone is there to race, so we’ve put together a list of some of the surrounding events to enjoy while you’re up there.

Shut Up Down Under with Jens Voigt
6:00am – Norwood to Campbelltown

Bringing his famous tenacity to the Bupa Challenge Tour, riders have the opportunity to join Santos Tour Down Under Ambassador and former pro cyclist Jens Voigt as he tackles the full 157.5 km from Norwood to Campbelltown in the Bupa Challenge Tour. Riders had the chance to joins Jens’ exclusive team – the Shut Up Down Under team. Members of Jens’ team will receive an exclusive Shut Up Down Under jersey to wear during the ride, a private team event with Jens the night before the ride to motivate you for the next day, plus more. Registrations have now closed.

The Bupa Challenge Tour will be held on Friday 20 January 2017 from Norwood to Campbelltown. There are four starting locations providing various challenges and cyclists are encouraged to tackle the ride that’s right for them.

A day with free rides, water play, roving entertainment, a variety of food and market stalls right on the finish line. Join us to welcome for the first time to Campbelltown, the Bupa Challenge Tour riders while we get ready to cheer on the professional peloton. A great day of family activities at the Santos Tour Down Under Bupa Stage 4 Finish.

Cycling enthusiasts will put their skills to the test from Norwood to Campbelltown on the Bupa Challenge Tour just hours before the professionals tackle the stage.

Take the family and head to the Fleurieu Peninsula to experience the diversity of the region’s offerings.

After its success in 2015 and 2016, Ladies Day on Tour returns to the Santos Tour Down Under again for two fun-filled days of bubbles, food and fashion.

Soak up the excitement of the start of the race in McLaren Vale, the speed of the sprints at Snapper Point (Aldinga) and the refuelling of riders in Willunga. One of the most anticipated days of the Santos Tour Down Under, Bike Exchange Stage 5 will begin at 11.10am in McLaren Vale, passing through Willunga, Aldinga Beach and Snapper Point numerous times before the famous hilltop finish at Willunga Hill around 3pm. Watch the race and enjoy the family friendly activities at one of the three townships or watch the excitement of the hill top finish as the racers battle it out on Willunga Hill.

On the evening of Saturday the 21st of January, the Car Park Climb at Rundle Place will see riders go head to head, racing each other and the clock, up six levels of the Rundle Place multi-story car park. With a DJ, two bars, food vans and plenty of cowbells, this is much more than a bike racing event, it’s a spectacle not to be missed. Racing commences at 6:30pm with the winners being crowned at 9:30pm.

The Legends’ Night Dinner celebrates the best in cycling: the athletes who ride into the record books and the machines that take them over the line. Enjoy a three-course meal and fine wines as you hear stories direct from current and past cyclists – how they felt when on the verge of victory and what inspired their most memorable rides.

Thanks to the huge success of the event in 2015 and 2016, Family Day will take place over two days in 2017! Family Day will be on the first and final Sundays of the Santos Tour Down Under, during the People’s Choice Classic and Be Safe Be Seen MAC Stage 6. This free event has previously hosted activities including Bubble Man, face painters, bike art, gaming trucks, stunt bike riders, pump tracks, airbrush tattoos, jumping castles and more!

During the Santos Tour Down Under, kids aged from six to 12 can ride on the UCI World Tour track, just like the world’s cycling superheroes.

The final stage of the Santos Tour Down Under in 2017 will see the peloton race through the streets of Adelaide on this fast-paced 4.5km circuit.