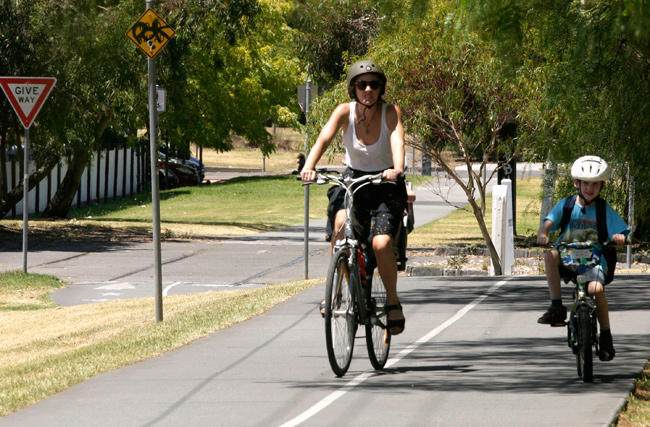 Cyclists living in Adelaide – or planning to visit the city in the next decade – will be heartened by the City of Adelaide’s launch of it’s Smart Move Strategy. The strategy boasts eight integrated outcomes for city transport and movement which aim to foster a balanced network for sustainable and convenient travel through the city. For cyclists, the strategy shows that the increase in cyclist numbers and demands for improvments to cycling infrastructure and attitudes toward cycling are being heeded. Smart move indeed.

Adelaide is the most car burdened city in Australia. The fine people in charge have recognised it is financially and environmentally undesirable for this reliance to persist, especially in light of the projected city growth. The second arm of the Smart Move Strategy, Safe Cycling, seeks to address this issue with a range of brave initiatives that have the potential to elevate Adelaide into the upper echelon of cycling cities around the world. The vision is to double the amount of cyclists by 2022. A superb outlook for the 20 minute city.

One notable statistic mentioned in the Smart Move Strategy is that 62% of Australians have the desire to travel by bicycle but are held back by safety concerns. The strategies proposed are therefore centred on providing a connected cycling network (called Bikeways), made up of comfortable cycling routes that will allow cyclists of all ages to adopt a riding lifetsyle.

Through initiatives that strive to improve car driver awareness, boost end-of-trip faciities, broaden lanes, encourage employers to enable commuting to work, prioritise bicycles at intersections and many others, it is hoped that a healthy, convenient cycling culture will develop in Adelaide.