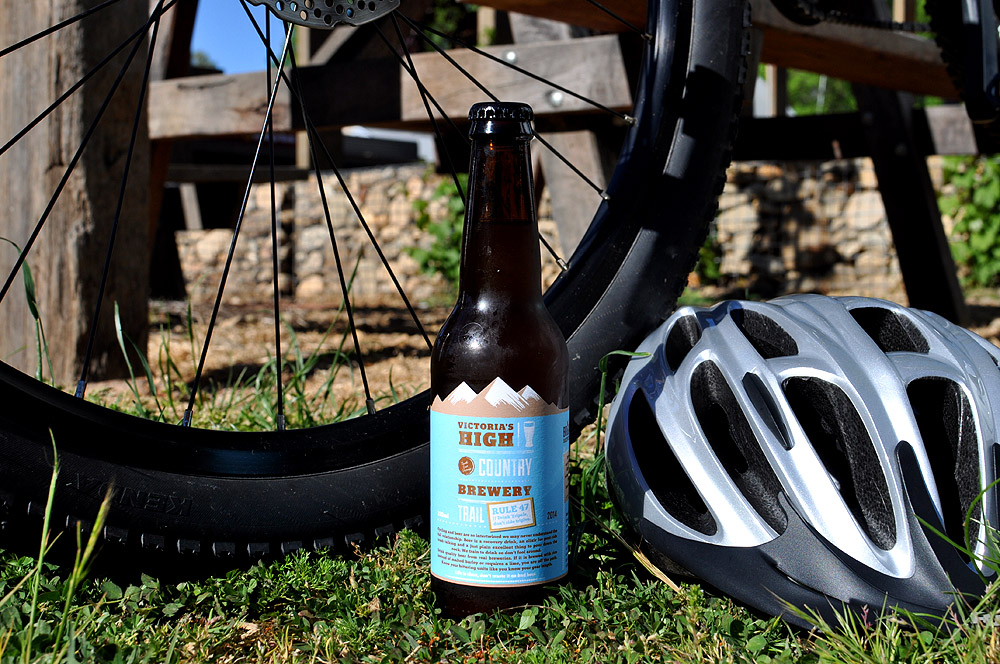 As many of you will know, Rule 47 of the Velomati declares: “Cycling and beer are so intertwined we may never understand the full relationship. Beer is a recovery drink, an elixir for post-ride trash talking and a just plain excellent thing to pour down the neck. We train to drink so don’t fool around. Drink quality beer from real breweries.”

With these words as their guide, craft brewers of Victoria’s High Country have released a unique new beer showcasing the region’s flavour and their love of rewarding a day’s riding with a good beer. Brewers from Bright Brewery, Black Dog Brewery, Bridge Road Brewers and Sweetwater Brewing Company gathered to collaboratively craft a brew that will quench any cyclist’s or beer lover’s thirst, which they call “Rule 47”.

“Rule 47 is now an annual collaboration between the high country breweries”, explained Scott Brandon from Bright Brewery. “The beer is a shared product of Victoria’s High Country Brewery Trail. It features hops grown in the region’s alpine valleys and celebrates the trails that connect the high country towns. The style of the beer will change from year to year as we rotate the brew days through each of our breweries and vary the local ingredients. It’s also just a fun way to spend time with our brewing mates and experience using different brewing systems.

The first release in 2013 was brewed by the four brewers at Bridge Road Brewers. This year they gathered and brewed at Bright Brewery, sharing the heavy lifting of a full day’s brewing.

Continuing the hoppy Belgian ale theme of last year’s inaugural release, the brewers have now crafted an “India Pale Wit” for this new 2014 edition of Rule 47. It combines the India Pale Ale style with a Belgian white ale to form a new hybrid style that honours the craft of modern brewing using traditional methods.

The new style was created by hopping up a Witbier base with Australian grown Enigma and Summer hops. To increase the hop profile of the beer, the brew was run through a hop-back jam packed with new and unnamed experimental hop flowers born at the Rostrevor Hop Nursery, which is located in Eurobin between the four breweries of the High Country Brewery Trail.

The beer is now available on tap and in bottle at the four high country breweries, and will also be available in selected outlets that specialise in craft beer. Visit the breweries to discover the secrets of Rule 47.

Rule 47 is best consumed as it was brewed: collaboratively.