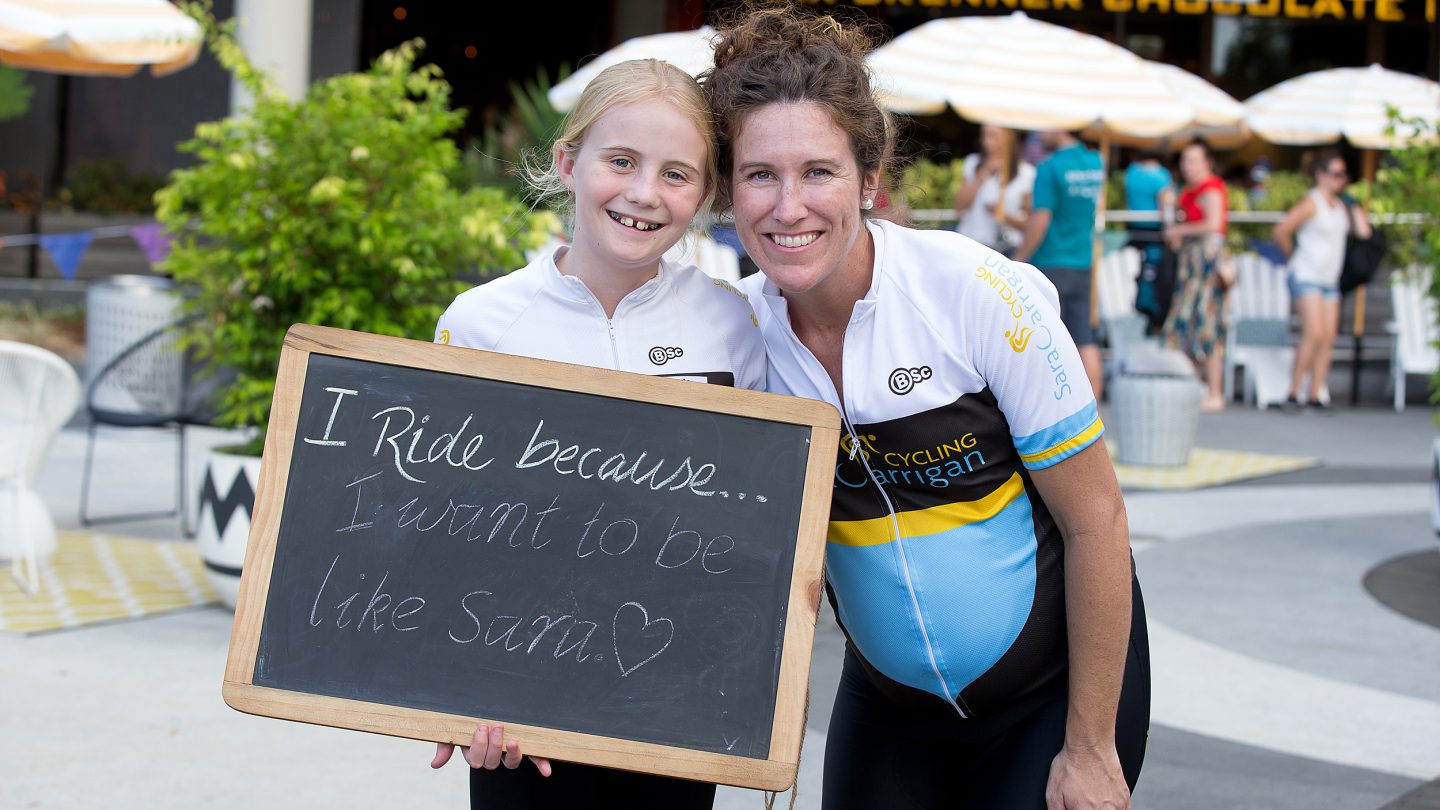 The City of Gold Coast recently held an event just for the ladies – Riding with the Gals. Aimed at getting more women into cycling the day proved a great success.

Olympic champion, and soon to be Mum, Sara Carrigan, led the ride around the suburbs of Robina and Varsity Lakes. More than 50 Gold Coast women took part in the cruise enjoying the beauty of the local area and a high tea at the finish line. A second day planned on April 18th saw another sixty women take to the bike paths .

The riding was made easier thanks to new infrastructure delivered through a three year Active Towns pilot program, one of only three across Queensland. Under the Active Towns Program more than 7 kilometres of new off-road shared paths will be completed at the close of the program in June this year. The project is part of a wider Queensland Government initiative developed by the Department of Transport and Main Roads in consultation with local governments.

The Gold Coast has more than 800 kilometres of pathways and bikeways and this year the City is investing in excess of $4.5 million in further improvements and upgrades to pedestrian and cycling infrastructure.