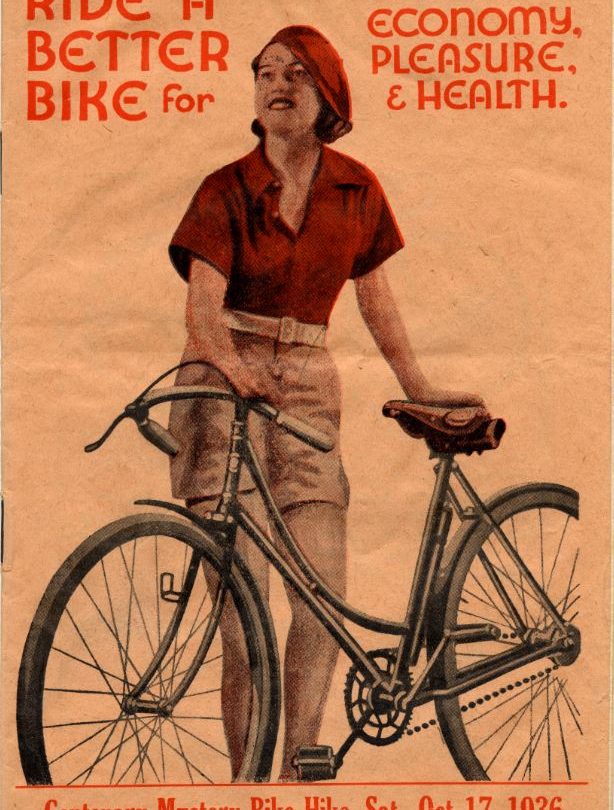 Riding Past, a display of street posters coinciding with the Tour Down Under in Adelaide, draws on historic cycling images from the collections of National Archives of Australia and State Records of South Australia.

Images pooled from both collections will be presented as a street exhibition of cycling posters around the city in partnership with Splash Adelaide. The images aim to remind passersby of the of the important role bicycles have played over the past 120 years and will be on display January 9-31st.

Many of the images from the State Records collection originate from South Australia’s centenary celebrations in 1936 including a poster from a cycling derby, an event which attracted international riders and culminated in a grand final at Wayville Oval on Christmas day. The exhibition focuses not only on the world of professional cycling but also tells the story of the introduction and rise in popularity of cycling as a recreational pursuit and its impact on everyday life from the 1890s to the present day. Other images include a patent application for a bicycle design from 1896, a photograph of the SA Police Corps with their bicycles from the 1900s and designs for bicycle shelters from 1947.

Some of the images will also be displayed at the South Australian Archives Centre on Leigh Street, where the two archival organisations share premises.

The public can view the exhibition and contribute their own images online atwww.flickr.com/groups/ridingpast or by using #ridingpast for Twitter and Instagram. Additional images from the collections will be added to Flickr during January.

A joint exhibition by National Archives of Australia, State Records of South Australia and Splash Adelaide.