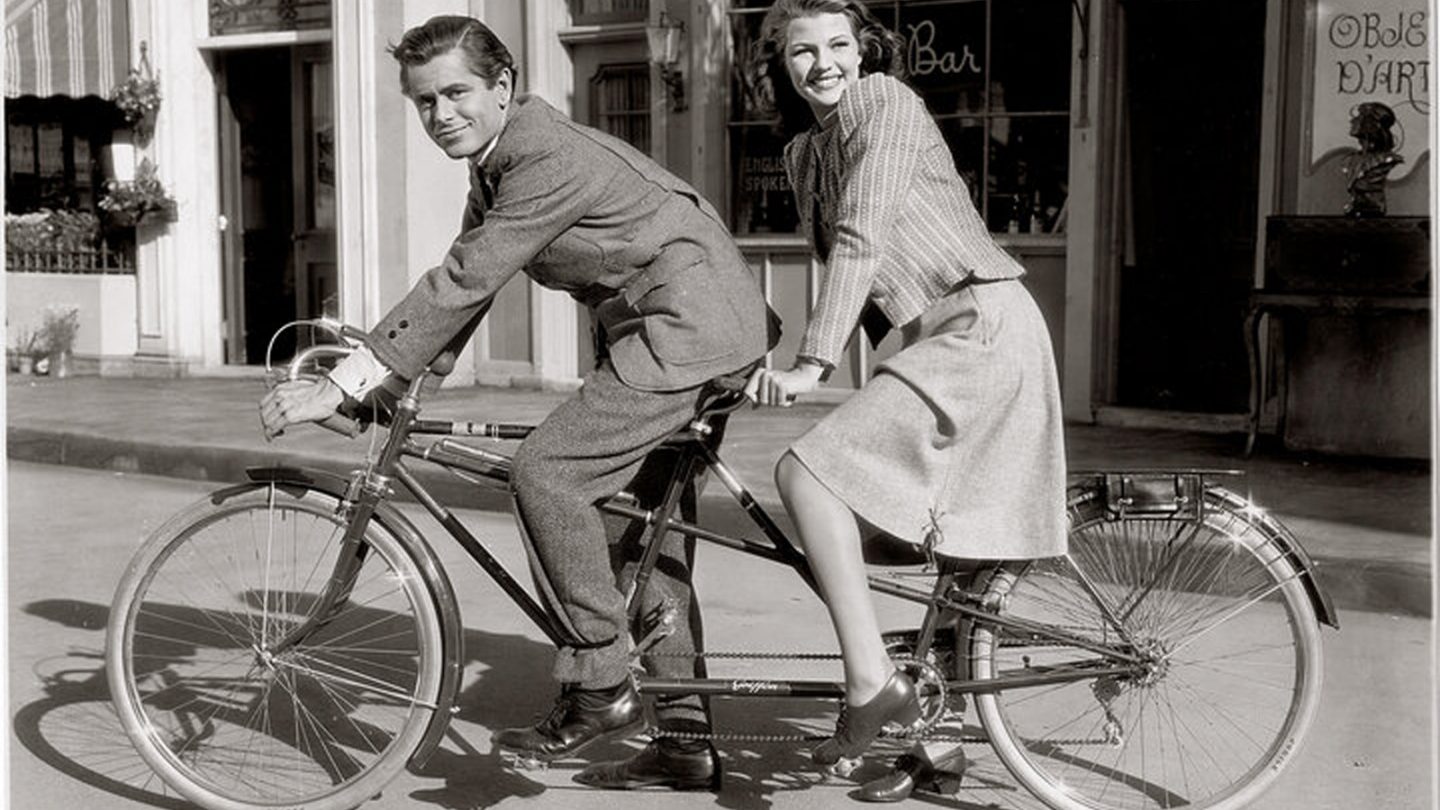 Rides a Bike is an online collection of vintage photographs of movie stars on bikes created by Steven Rea that will transport you back to Hollywood’s Golden Age. We spoke with Steven about this labour of love.

Treadlie: How did Rides a Bike come to be?

Steven Rea: A little over ten years ago I launched Rides a Bike on Tumblr. (I moved it over to a freestanding site a few years ago.) I had started to collect a few photographs of film stars on bikes – there were still brick-and-mortar Hollywood memorabilia stores in New York and L.A. with original photos from the studios, film posters, etc. The impetus: I love movies, I love cycling, and there were photographs of movie stars on bikes! How could I not acquire a few? And then a few became … a many.

Where do you source photographs from?

Nowadays, mostly from dealers of vintage photographs online. Some of my main sources are based in Toronto, L.A., New York, but also in Europe and South America. These photos, and collections, have traveled far and wide! And now and then a Rides a Bike fan will come across an original photo and let me know about it.

Can you share a few favourite photos from the archive and explain why you chose them?

Glenn Ford and Rita Hayworth on a gorgeous French-built tandem: This is one of my first acquisitions, and still one of my favourites – two Hollywood stars for the price of one!

Susan Peters: Louis B. Mayer was grooming Peters to be MGM’s next big star, and her role opposite Ronald Colman in the great amnesia melodrama Random Harvest won her a Supporting Actress Oscar nomination, but her life turned tragic with a hunting accident that left her paralysed from the waist down. Her sad history adds poignancy to this gorgeous photo of Peters, looking out across the Pacific from the Santa Monica palisades. And a beautiful bike, too!

What do you hope people learn from Rides a Bike?

That riding bikes can be fun. That you don’t need to be outfitted in spandex and Tour de France getups to enjoy cycling (in fact, riding in civilian clothes is far more comfortable). That movie stars are not only about romance and glamour — they are also about getting around on two-wheels, both for work and pleasure. In so many of these photos, the actors and actresses, big stars and studio players alike, have big smiles on their faces; it’s almost impossible not to be happy when you’re propelling yourself down the road on one of the greatest transportation inventions of all time.

What’s next for Rides a Bike?

Well, Rides a Bike is ongoing. I now have over 2500 photos in my collection, and it grows every week. I try to add two or three new images to the site each week, and to the RAB Facebook page and on Instagram (@hollywoodridesabike). In addition to Hollywood Rides a Bike (the book), I have two other thematically-linked collections of photographs in book form: Hollywood Cafe: Coffee with the Stars and The Hollywood Book Club: Reading with the Stars. So, if you’re a cyclist and a coffee fiend and/or a cyclist and a book lover, head to your local bookshop (or book buying site).

Are you a cyclist yourself? If yes, where do you like to ride?

I’ve been riding since I was a kid growing up in Manhattan. I’ve lived in Philadelphia for many years, and ride all around on a 1950s Rudge 3-speed. (The city also has a great bike share program, Indego, and I use that, too.)

I also have a couple of vintage-y road bikes (a Bates, a Mercian) and more recently a Roadini, made by Rivendell. I live part-time in Maine, where there are hilly country roads to ride, and Philadelphia has a great network of bike lanes and ready access to parks and cycling routes in the outer ‘burbs.