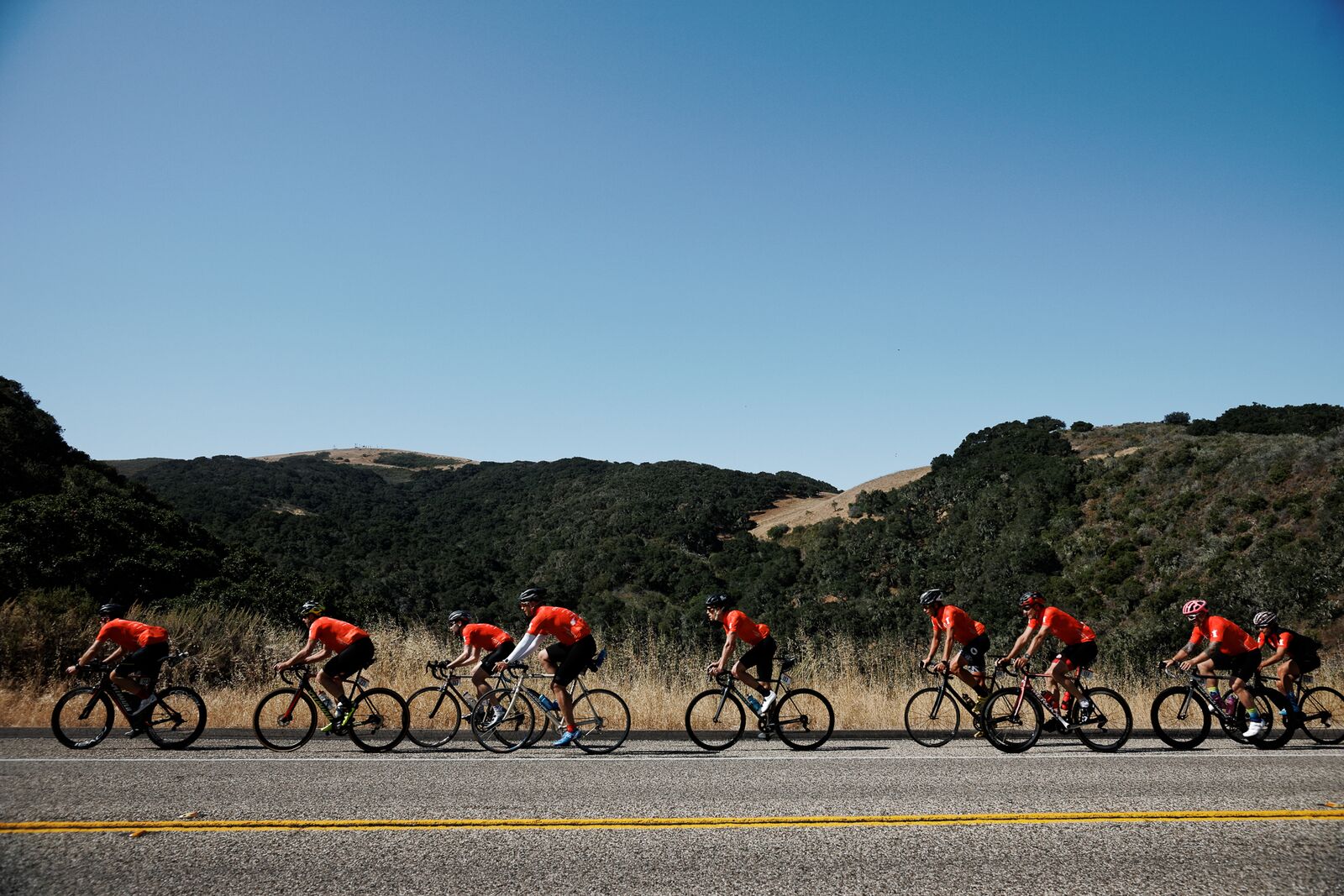 Jason Roberts combines food, fundraising and cycling in a continuing effort to provide school breakfasts for kids in need.

Being a chef is a stressful job. Long hours, tight margins, hot tempers and demanding customers can turn the kitchen into a pressure cooker. Finding some work-life balance can be tricky, but chef Jason Roberts has discovered a good solution – hitting the pedals.

Riding the 25 kilometres to and from his job as executive chef at The Bistro at Manly Pavilion helps keep Jason on an even keel. “It’s my down time,” he says. “With my work, chefing and writing, I need long periods where I can just think. I do my best thinking on the bike.”

Growing up on a farm in New Zealand, Jason raced BMX for years until a knee injury made him have second thoughts and he gave it up. He didn’t get back on two wheels again until his mid-30s, when his dad, who had just been diagnosed with type 2 diabetes and was on a mission to improve his health, taught him to ride a road bike.

“I still ride my road bike like a BMX when I’m climbing,” says Jason. “I’m not a beanpole cyclist – I’m a little bit chunkier in the leg. So I like to ride it in bigger gears and go hard.”

Since then the famous foodie, known for his various television appearances and line of cookbooks, has become something of a cycling evangelist.

As a spokesman for United States-based charity Share Our Strength’s campaign, No Kid Hungry, he is about to to embark on the fourth annual Chefs Cycle, a three day, 300-mile ride (just over 482km) to raise funds for school breakfasts for kids in need.

Chefs Cycle began in 2014 when Jason ran into Share Our Strength co-founder Deb Shore and told her about a notion he had to ride across the country.

“It was just an idea I had,” says Jason. “It wasn’t necessarily geared towards No Kid Hungry, but I thought I could raise awareness for something.”

They decided to try it out as a fundraiser, and three months later Jason led a peloton of ten chefs from New York City to Washington DC. They raised just under $25,000. The following year they repeated the journey with 25 riders, and another 25 on the other side of the country riding up the California coast. This time they brought in just over $330,000.

Then last year, over 100 chefs on bikes took on the California challenge, to the tune of a cool million.While it’s easy to picture Jason smashing it out at the front of the pack, as the face of Chefs Cycle he often has to take on more of a coaching role.

Even though many of the riders are already seasoned cyclists, some are restaurant workers who are trying to do something for their health or just to give back to the community. These riders often need a morale boost from Jason or one of his veteran riders who now act as team leaders.

“I would love to be sitting on a 30-kilometre per hour pace, really put my legs into it and get the ride done,” says Jason, “but 50 per cent of the time I’m gathering people and giving them encouragement. It’s about getting everyone through the ride.”

Ultimately, though, everyone is doing it for the kids. In May this year Chefs Cycle is hitting the west coast once again, with a goal of raising $2 million. One in five kids in America go to school without breakfast, and their target would pay for 20 million meals.

“It’s fulfilling knowing that what we’re doing is making a difference to their future.”