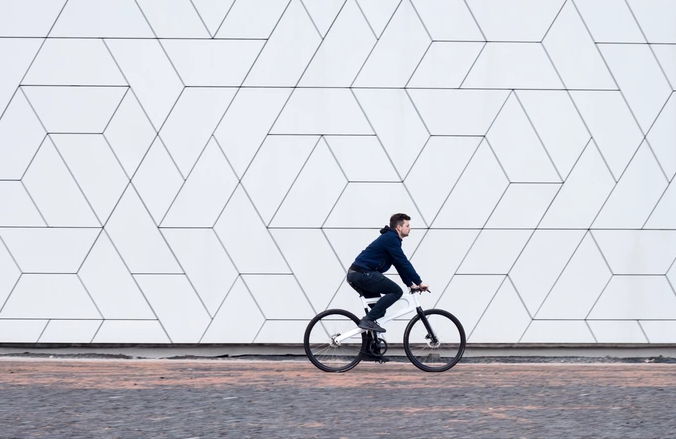 For innovative design brothers, Bob and Tom Schiller, cycling and the Netherlands are synonymous. It was this idea that lead to the founding of Mokumono – believing that it’s time to ‘bring bicycle production back to the Netherlands, (they) want to revive and build upon the rich but vanished tradition of Dutch bicycle manufacturing’.

Inspired by the way cars are produced, Mokumono’s frames are made of two sheets of aluminium pressed into form and laser welded together. The European car industry has managed to retain production in several European countries by adapting techniques that lend themselves for automation.

By borrowing these techniques, they’re able to almost fully automate their production process, significantly lowering labor requirements and thus making it possible to build bicycles in The Netherlands again.

The frame starts out with two opposites halves that when put together essentially become a monocoque. The production techniques are reflected in the design of the strong and lightweight frame. Also, the high edge on the outline of the frame visually splits it in half and reflects the way it is put together.

The head tube, bottom bracket shell and dropouts are not part of the main frame. According to Mokumono the reason why is simple – ‘the standards for these parts tend to change because of new insights and cycling trends. Not making them part of the main frame means that our frames can be easily adapted to follow the latest trends and best techniques’.

Check out there Kickstarter here or head straight to the website.