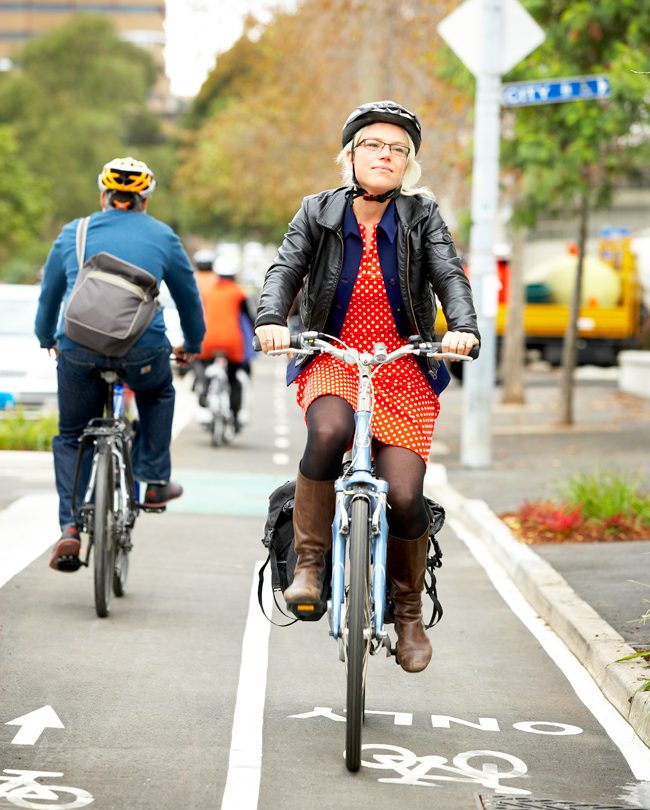 Geelong are joining the ranks of bike cities with a two-way seperatated bike lane to help move cycle traffic across the city.

Described by Bike Safe president Barton van Laar as the first step in establishing Geelong as a bike-friendly city the path will provide a vital connection for riders. “At the moment there is no safe way into Geelong from the south. The bridge has a safe bike path but once you get to the end of that it just stops,” he said. There are plans for other separated bike paths into the city centre from the north, east and west at a later stage.

The 2.4 km path will start at the Moorabool St bridge and connect to the library, arts precinct, Deakin University’s waterfront campus and end at the waterfront. It will provide a safe route for commuters, and those using their bikes as transport at other times.

A regional development grant from the Federal government will pay some of the costs while the City of Greater Geelong will absorb the rest. As Barton van Laar points out, “Research shows that 60 per cent of all people will consider riding a bike if they know they will be separated from cars, but only 2 per cent of all people are willing to ride in traffic, so this has great potential to increase the number of people riding into Geelong.”

A two-way bike path in Sydney, Australia, similar to that planned for Geelong.