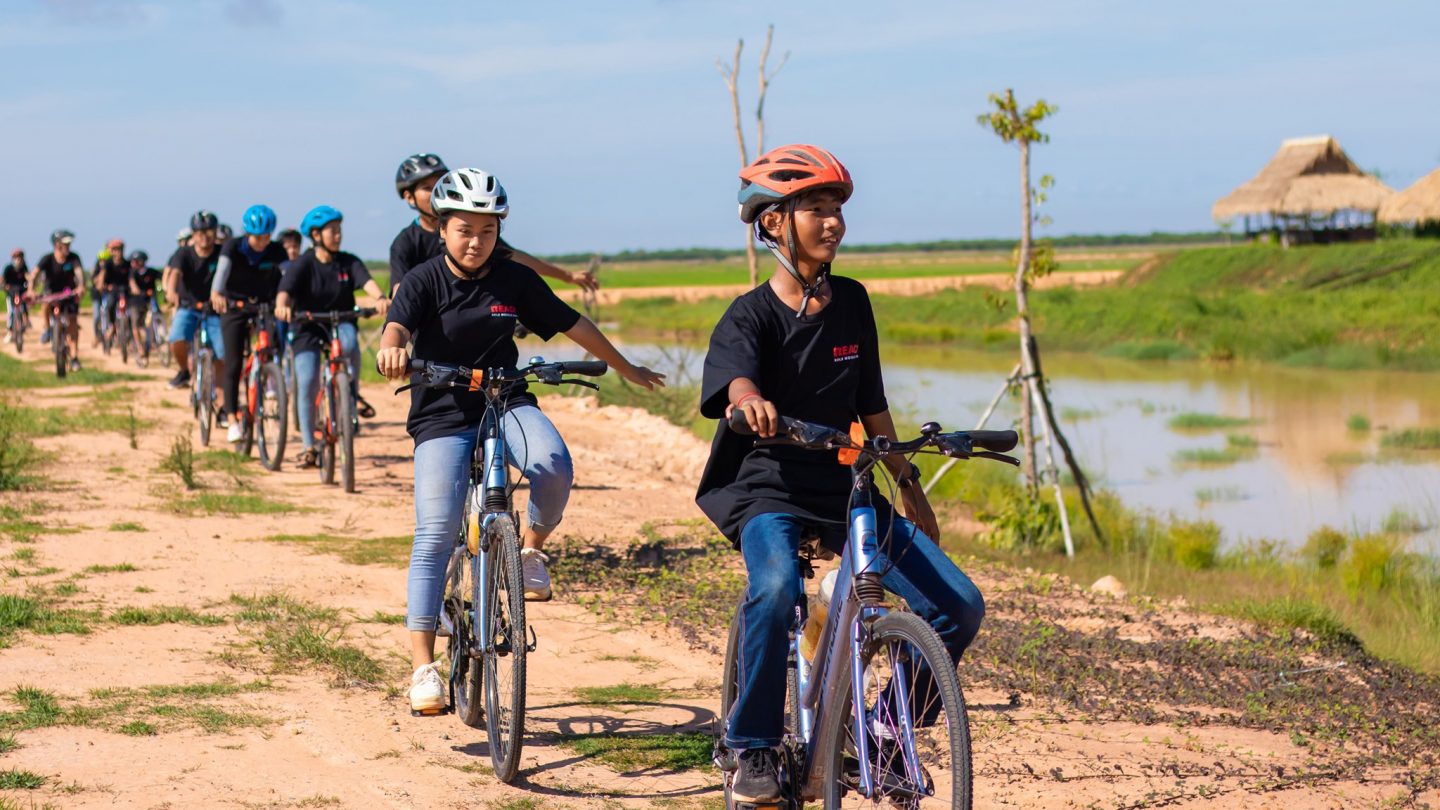 For Side-by-Side Riders, men and women who were scheduled to cycle 650 kilometres through Cambodia fundraising for REACH, a Siem Reap-based NGO, the global pandemic has been a unique obstacle in 2020. It quashed this year’s event, shuttered the community centre and REACH school managed to only briefly open in March. But it’s something they’re determined to cycle, run, walk, even swim around in 2021.

Its students will be cycling 200 kilometres. Will you support them?

“We’ve had to think outside of the box,” says John Ioannou, director of REACH’s Australian fundraising arm (and Collingwood supporter) behind the ‘Side-by-Side’ name. “With Cambodian borders shut we had to brainstorm novel ways to raise funds while burning kilos.”

That they did. From January 1st, active Side-by-Side participants will have 17 days to travel 200 kilometres by any non-assisted means in their local surrounds, sponsored by friends, family and fellow competitors for a fundraising target of $500.

Such money has never been more vital, with 80 percent of REACH’s 100 impoverished families without income since tourism ceased, according to its Australian founder, Emily Williamson. “We’ve provided crisis food security, outreach and medical and emergency support to keep these families from starvation,” says Emily. “But borders are still closed and there are no volunteers or visitors on site. Funds are drying up.”

With stress and domestic violence exacerbated by the pandemic, Emily is hoping the ride will provide hope and distraction for families, particularly local at-risk teens sponsored to make the 200 kilometre journey over two days themselves. “A lot of training is involved in such a venture, which benefits self esteem as much as fitness,” says Emily. “We love the idea of our supporters not only committing to a challenge, but bringing members of our community in with them. Virtual, but still side-by-side.”

Or as keen cyclist John puts it: “I like the HG Wells quote, ‘Every time I see an adult on a bicycle, I no longer despair for the future of the human race’. Here’s hoping plenty of adults join us!”