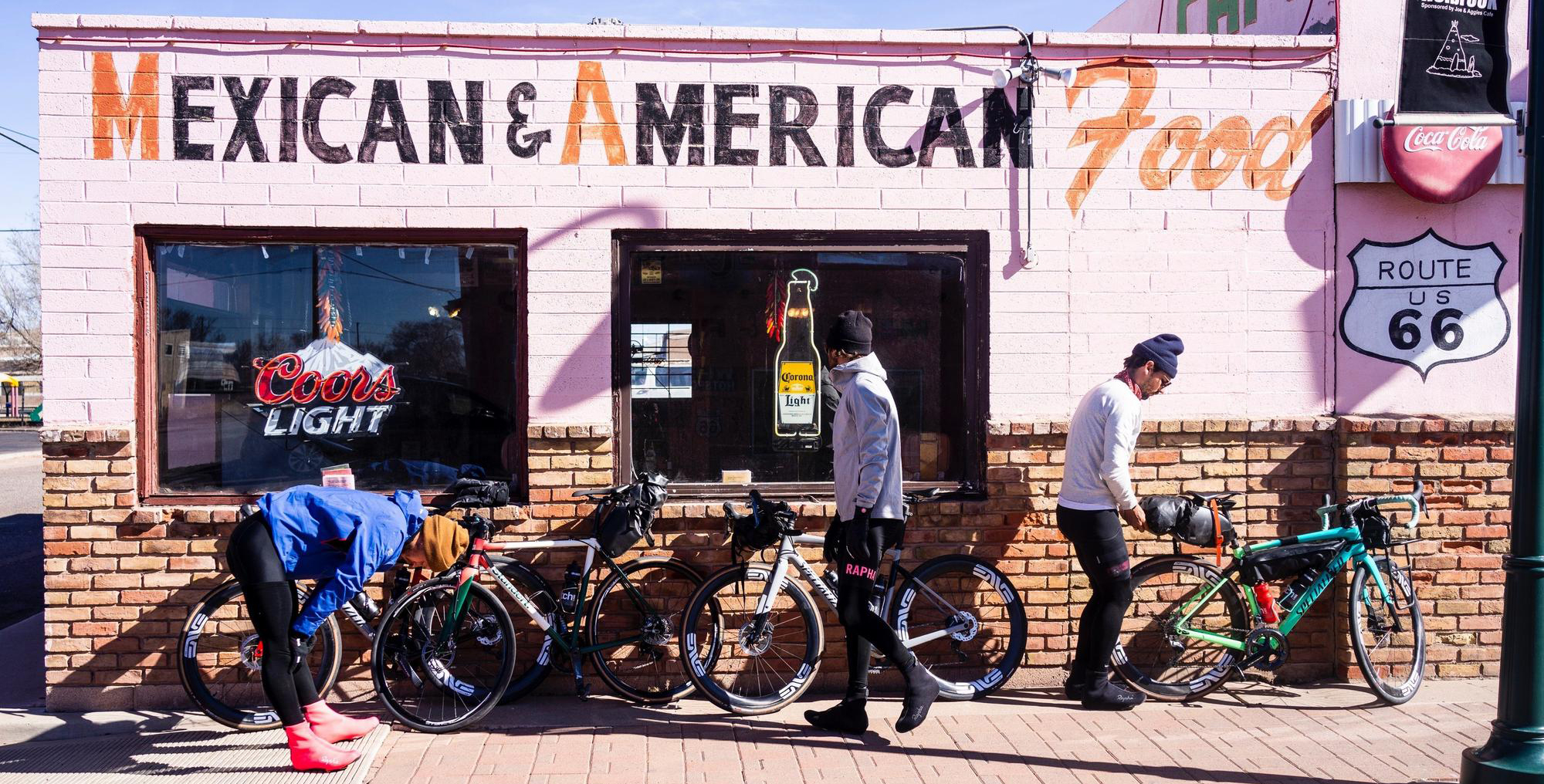 Rapha has released the first of three feature-length films documenting extraordinary adventures on iconic roads around the world.

Rapha has announced the release of the first Outskirts film, produced in partnership with Angus Morton and Thereabouts and starring some of the most engaging riders in the sport. The film, premiering on June 29th, follows four cyclists as they ride the length of the iconic Route 66, interviewing the people and documenting the communities that live along the road.

The great American highway is a vein running through the United States at a dividing point in its history, and the towns sprawled alongside it have their own story to tell of the American dream. Angus Morton, together with Pat Drapac, Justin Diamond and Sami Sauri, ride from Chicago to LA in search of the people who live on Route 66; people once at the centre of America who now live on the outskirts. They found heroes, headwinds and a whole lot of grit.

Shooting from the hip and documenting every moment of their adventure, Outskirts: Route 66 combines raw storytelling and visual style with exploration of the most challenging and recognised roads in the world. The film will be screened at Rapha Clubhouses globally and published on YouTube.com/rapha.

“The first film is Route 66 in the US , and it’s the best time for it. Every day, broadcast around the world is this image of a very divided America, a split society, this angry picture of a community that’s changing. But what we’ve experienced is so far from it … people have been so welcoming, so friendly, so helpful and that’s because of how we’re taking this journey. On this fundamental level, they’ve all been so open and so welcoming and I think it’s because the bike is this disarming tool, this incredible way to see a road, this thing that opens people up.” – Angus Morton.

“Outskirts is about adventure, about the bike as a tool for exploration and above all else about character. These films have the potential to bring cycling to a whole new audience . So much of the sport has become about limiting experience, about performance and little else. Outskirts is the opposite; it is a series about the transformational effect of a simple bike ride, and a love letter to the roads we use to find freedom.” – Oliver Duggan, Head of Media and Copy.