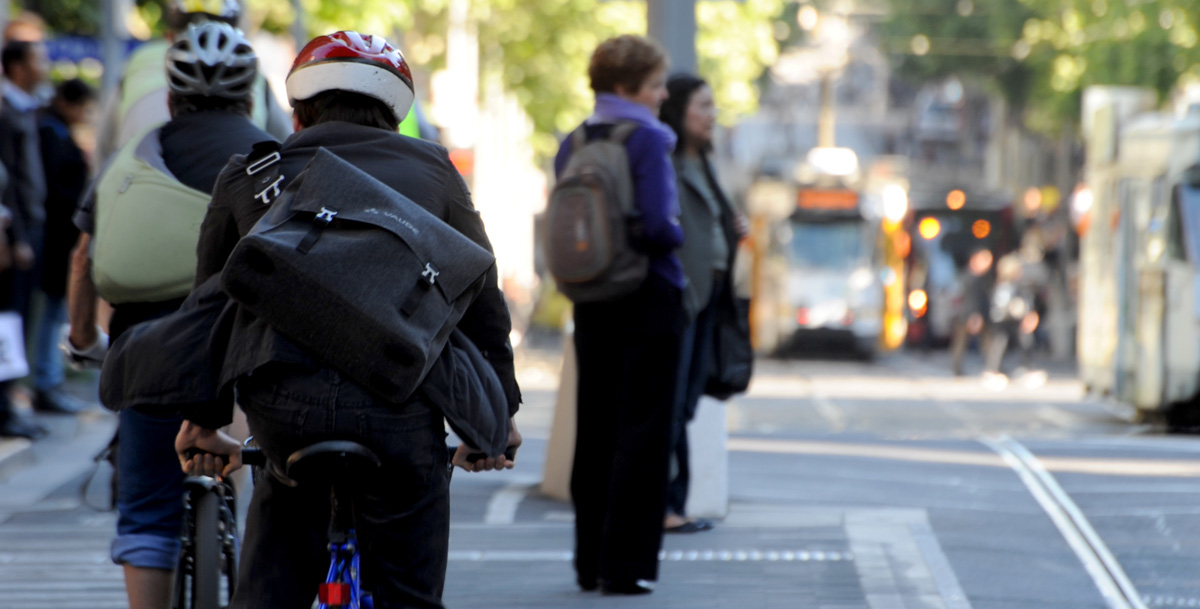 New research from RACV has identified the priority cycling routes across metropolitan Melbourne in a bid to promote safe and active options for Melburnians to move around the city.

RACV has developed a shortlist for strategic cycling corridors to encourage the State Government to increase its investment in bicycle infrastructure, with an overarching aim to ease congestion, alleviate overcrowded public transport and help safeguard inner Melbourne’s globally renowned liveability.

Through assessing the aspirational cycling network developed by the State Government with relevant data, such as population, employment, school enrolments and crash history, RACV has established a shortlist of cycling corridors to complement other forms of transport.

Envisioned to connect residents to major activity centres like the CBD and its surrounds, some of the 10 identified cycling superhighways include St Kilda Road and Chapel Street in the south east, Sydney Road in the north and Flemington Road – Mount Alexander Road in the north-west.

“RACV is committed to bringing Victorians solutions for their commuting needs, which is why we investigated determining a priority cycling network for Melbourne.”

“We know from previous research that 28 per cent of Victorians who don’t currently ride are open to cycling more but many people are discouraged because they are intimidated by cars and trucks, lack confidence or don’t think riding is convenient. This inspired us to develop a realistic, safe and expedient bicycle network to not just get more Melbournians on their bikes but to encourage the government to fund bicycle infrastructure.”

“Advocating safer bicycle infrastructure is something RACV has been passionate about for several years including championing the changes on St Kilda Road and Sydney Road. However, despite an election commitment to improve the St Kilda Road corridor, there is still more to be done to improve the safety and convenience of cycling, so it is seen by more people as a genuine method of transport in Melbourne,” Stuart said.

“Investing in cycling in these corridors will deliver immense benefits for commuters seeking a safer, cheaper and more active way to get around, and reduce the growth in congestion on roads and public transport.”

The top 10 priority corridors for a cycling superhighway include: