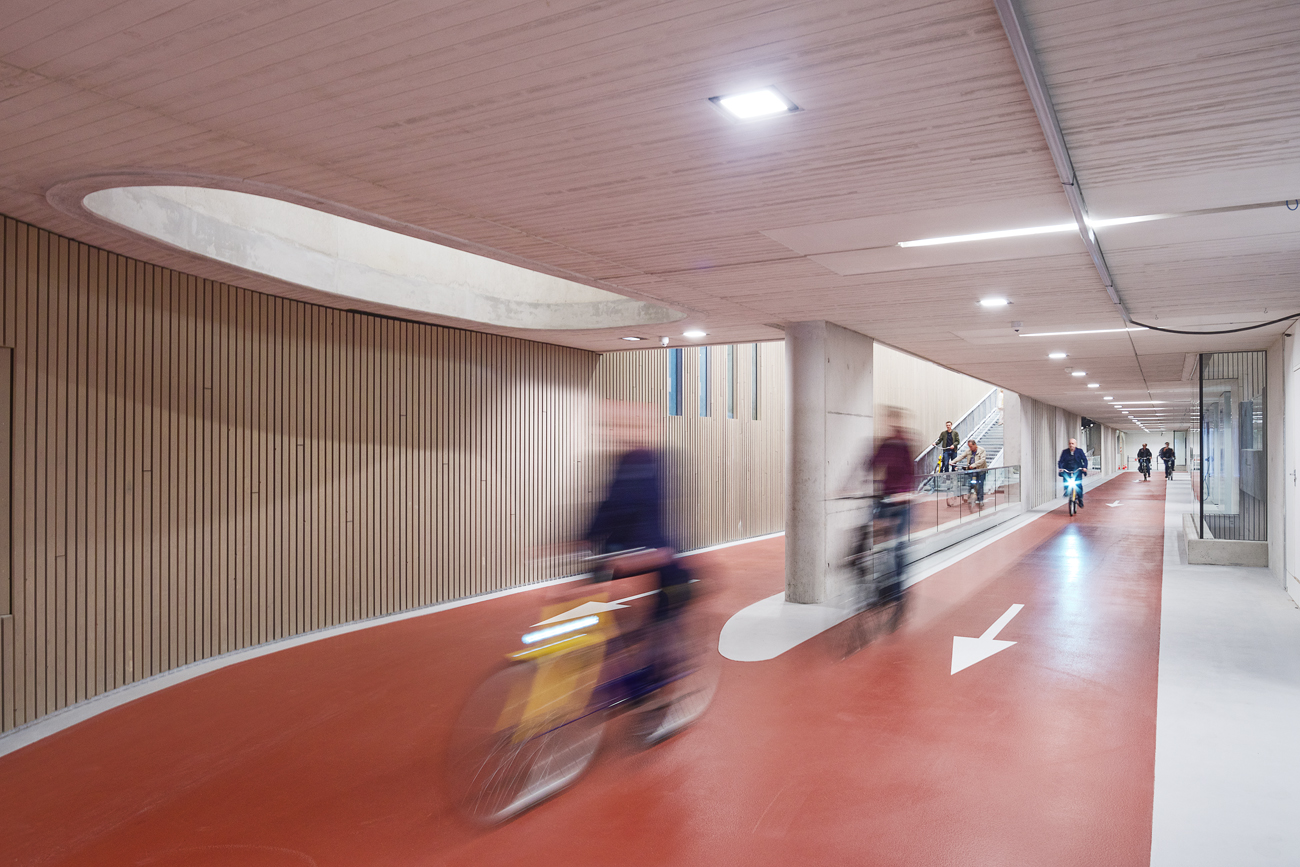 Utrecht is a small city compared to the world’s metropolises but it has big designs on becoming a cycling powerhouse – and a giant new bicycle garage to prove it.

The Netherlands is home to around 16.5 million people, and in garages, sheds and backyards all over the country these folks store over 13 million bicycles. That’s not far off one bike for every man, woman and pedal-ready child in the country. Pretty safe to say then that the Netherlands is a nation of cyclists. And that is why it’s not surprising that in Utrecht, a modest city in central Netherlands, the world’s largest cycling parking garage has just been opened. A parking garage that accommodates a mindboggling 12500 bicycles.

Now, these numbers may seem rather fantastical but in a recent survey to find the world’s most cycling friendly city little old Utrecht came in a mighty third, beaten only by neighbouring Amsterdam and Denmark’s Copenhagen. And get this: between 2011 and 2014 the city spent a total of €110.5 million on improving its already fantastic public cycling infrastructure, including €40.7 million to build and refurbish cycleways and €40 million on bike parking facilities.

This awe-inspiring commitment to cycling was the starting point for design firm Ector Hoogstad Architects when it was commissioned to design the gigantic new parking garage, which is located almost entirely below ground between the city’s Hoog Catharijne shopping mall and Utrech Central train station.

“The main functional focal points and our project goals for the bike parking were size and speed,” explains the firm’s chief architect, Joost Ector. “Within a relatively narrow physical envelope we needed to fit at least 12500 bicycles, and the time taken parking them – from entering the bike park to arriving at the most remote railway platform – was to be less than four and a half minutes.” These testing design parameters could have been stifling and their result a foreboding utilitarian nightmare, but Ector and his colleagues have risen to the challenge and achieved something much more imaginative and user-friendly. The three-storey subterranean swathe, cut between the mall and station, is a light-filled cycle route that the architect describes most modestly as ‘an oversized roundabout’. Located within the centre of this continuous roundabout, or cycling route, are all of the 12500 parking racks and pedestrian circulation areas. To the outside are the ramps on which cyclists travel between the multiple levels and on into Utrecht, as the painted lanes link directly with a number of the city’s urban cycling routes.

“Architecturally, we wanted to create a space of much higher quality than you would expect from an underground bicycle parking garage,” says Ector. “We aimed to create a safe environment with a warm atmosphere, touches of natural daylight and some spatial drama. We wanted to make parking your bicycle a pleasant, even impressive experience every day.”

And freewheeling down into the garage to find your parking space is certainly more fun than circling endlessly around your usual dank, urban multi-storey car park. Cyclists travel along brightly-lit, red directional routes and check out electronic signals at the end of each row of parking racks to find free spaces. Parking is accessed using a municipal public transport chip card and is free for the first 24 hours: the garage is open 24/7. Once at an unoccupied space, cyclists dismount adjacent to the racks, well away from the main travel route to negate any congestion or accidents. And, if your bike needs a little TLC, the facility includes a cycle shop with a resident bike mechanic who will mend your tyre while you wait or complete a full tune-up in time for your return.

Who is going to use such an all-singingall- dancing bicycle parking garage? Ector explains that the garage is aimed primarily at commuters, rather than tourists. “Most people will store their bikes during the day but there’s also a substantial number of people that work or study in the city but don’t live in Utrecht,” he says. “They will store their bike in the garage overnight. This means that the daily amount of users will most probably exceed the 12500 spaces provided.”

Utrecht is not huge – it has a population of just over 330000. But no matter; this Dutch city is punching well above its weight to become one of the world’s leading innovators in public cycling. This year it stole the title of world’s largest cycle parking garage from Tokyo, trouncing its 9400-space basement at Kasai underground station. Next year, who knows? It may just pip Amsterdam and Copenhagen to the post and win that coveted crown of most cycling friendly city in the world.